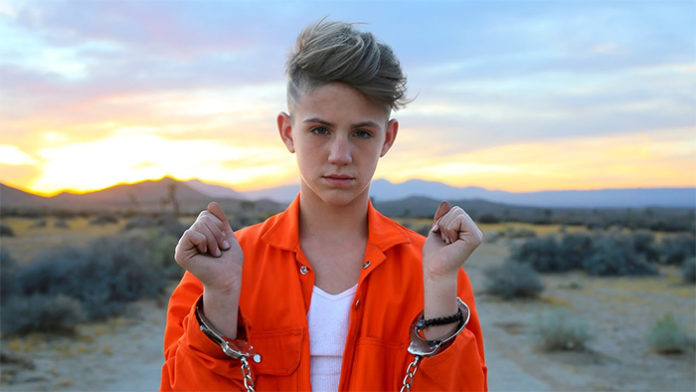 Hailing from Georgia, Matty B rose to fame in the early 2010’s for the remix videos that he posted to Youtube. An aspiring rapper, he released numerous covers to his channel, all of which proved to be incredibly popular. His first video, a rendition of Justin Bieber’s Eenie Meenie was uploaded in 2010 when he was just seven years old. From then until now, it has accumulated well over six million views! Needless to say, the cover had garnered him a considerable amount of fans back during the beginning of his career.

Recognized for his talent, he has since amassed over nine million subscribers on Youtube. To date, some of his most popular covers include those of Carly Rae Jepsen’s Call Me Maybe, Cher Lloyd’s Want U Back, and Outkast’s Ms. Jackson. With his rise in fame, he has also released a number of original singles over the past few years including I Believe in You, Blue Skies, Crush on You, and My First Girlfriend, to name a few. In 2015, he dropped his debut EP, Outside the Lines, which debuted on Youtube.

As expected from such a star, the teen has made several appearances on television; for instance, he has performed on Today, The Wendy Williams Show, and The Queen Latifah Show. At one point, he was even featured in an episode of Dr. Phil! Talented beyond his years, he already has over 200 videos on his Youtube channel.

What has the rapper been up to over the last year? Has he released any albums? Singles? What can we expect to see from him in the near future? What happened to Matty B Raps? Where is he now in 2023?

Born on January 6, 2003, in Duluth, Georgia, Matty B Raps (Real Name: Matthew David Morris)  is the fourth oldest out of five siblings; he has a younger sister and three older brothers. Like many artists, he fell for music at an early age- ever since he heard his first hip-hop song at the age of five. Almost immediately, he knew that he wanted to make music. Aside from music, however, he did have other interests; these include baseball, soccer, and lacrosse. Like most of his peers, he also enjoyed video games.

With time, his passion for hip hop only grew further. Eventually, while still in grade school, he moved in to live with his uncle and aunt; as it happened, his cousin Mars, was also into rap. Bonding over their mutual interests, Matty eventually persuaded him to help him with his own music. Finally, when he was seven years old, he released his first cover, Eenie Meenie by Justin Bieber. Posted to Youtube, the video quickly went viral, with hundreds of thousands of views within the first week.

Inspired by its success, he went on to upload several other covers over the next few months. Some of his other early videos include Baby by Justin Bieber, California Girls by Katy Perry, and Love the Way You Lie by Eminem. Though not as popular as his Youtube debut per se, they each went on to garner well over a million views on the site.

As his popularity grew, he eventually started to put together original songs (even prior to that, however, he had written his own lyrics; for instance, he had released a remix of I Believe in You in June 2010). In 2013, he released a few singles including My First Girlfriend and Hooked on You, both of which proved to be popular among fans.

Two years later, Matty released his first extended play titled, Outside the Lines. Laced with four tracks, the playlist included the songs, My Oh My, New Kids, The King, and You Are My Shining Star. A milestone for the young rapper, the project was made available on August 27, 2015. For those who may be interested, the EP can be purchased via iTunes.

Aside from his main Youtube channel (to which he posts his remixes and covers), Matty also has a secondary account under the name, ‘MattyBVlogs’. Launched in 2011, he posts new videos on a regular basis, all of which easily generate millions of hits. Don’t let its name fool you, however, the teen not only uploads vlogs but also challenges, Q&As, and pranks as well.

At one point, he even had his own web series on the channel, MattyB’s World in 2014. To date, said account has amassed over 3.1 million subscribers with more than 891 million combined views.

In the spring of 2014, it was announced that he had been signed by Endemol Beyond USA, one of the fastest growing digital networks in the country.

Matty B on the Small Screen

Since his rise to fame, the teen has been featured in several TV shows including The Wendy Williams Show, Entertainment Tonight, Today, and The Queen Latifah Show. At one point, he even made an appearance on Fox 5 News at 10!

Most recently, he appeared in a couple of episodes of the popular Lifetime series, Dance Moms. Will he be featured in any other reality shows in the near future? Only time can tell.

Aside from talk shows and the like, Matty has also acted on a few occasions. For example, he appeared as a “John Cena Kid” in WWE Monday Night Raw back in 2011. Since then, he has also made appearances in the music videos, Slumber Party, Gossip Girl, and more. If anything, he has only received more screen time in the recent year.

At the same time, he also performed live at numerous venues including at Six Flags Over Georgia, Turner Field, and Centennial Olympic Park.

What Is Matty B Raps Doing Now in 2023 – Recent Updates

Matty B Raps recently celebrated his 19th birthday this January.

As far as his music goes, he’s released numerous songs over the past few years, all of which can be found on his YouTube channel. He most recently uploaded a music video of “b ok (ft. Darby Cappillino)” on March 13, 2022, which has since received over 450,000 views.

Some of his most popular hits include Monsters, Already Gone, Story of Our Lives, SAD (ft. Sarah Grace), Sixteen (ft. Brooke Adee), and Shoulda Coulda Woulda (ft. Ashlund Jade). Due to the pandemic, however, he hasn’t held a concert since 2019 (his last show was at the Arrest Bank Theatre at The Midland in Kansas City). It’s currently unknown whether or not he’ll be doing any live shows this year (he hasn’t mentioned anything on his social media at least).

Speaking of social media, his YouTube subscriber count has gone from 9 million in 2018 to 14.4 million in 2023 (his videos get around one million views each day). He also posts short videos on TikTok, where he has over 3.4 million viewers. Unlike his YouTube channel, however, the content is mostly geared toward his daily life (as opposed to music).

On top of that, he’s been posting regularly on Instagram. As of February 2023, he’s amassed over 3.3 million followers. He’s also active on Twitter, though most of his tweets are reposts of his IG photos.

And as far as we can tell, he’s still dating Kate Cadogan, whom he’s been with since 2013. In fact, she’s been featured on his Instagram several times over the past couple of years. Just last May, he posted a photo of them going to prom together—her in a black dress and him in black formal wear.