What is Julia Stiles Doing Now in 2022? What Happened to Her? 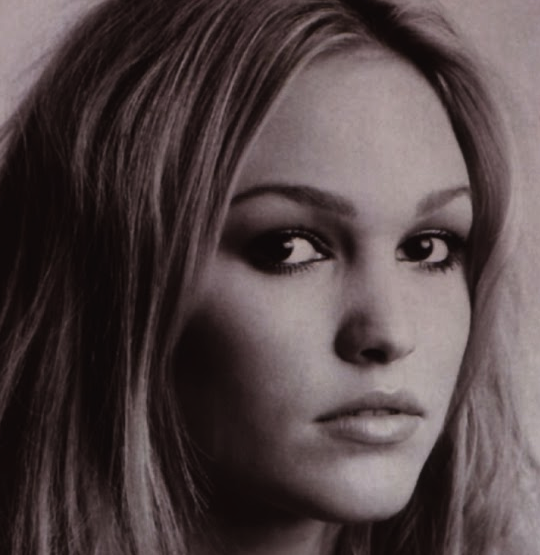 Born on March 28th, 1981, Julia Stiles is an American actress who has starred in many blockbuster films. Most famous for her roles in 10 Things I Hate About You, Down to You, Save the Last Dance, The Business of Strangers, Mona Lisa Smile, and The Omen, Stiles has won numerous awards and accolades for her acting performances. She kept on earning roles in major movies throughout the years until recently it seems she has disappeared. What happened to Julia Stiles? 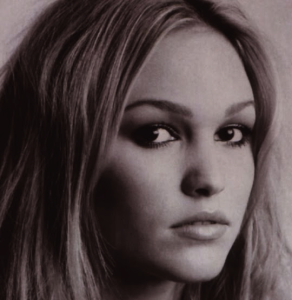 Julia stiles was born and raised in the iconic New York City, and she was the oldest of her two other siblings, Johnny and Jane. Her parents were Judith Newcomb Stiles, a potter, and John O’Hara, a businessman. When she turned eleven, she started acting at New York’s La MaMa Theatre Company, and there she realized that acting was a career she wanted to pursue. She later went to school to study the art of acting and become noticed for roles.

Her first film roles were in I Love You, I Love You Not, where she acted alongside Jude Law and Claire Danes, and The Devils Own, where she had a small role as Harrison Ford’s character’s daughter in the Alan J. Pakula film. It wasn’t until 1998 when Julia Stiles landed her first leading role, in the film Wicked, where she played a teenage girl who was accused of murdering her own mother so that she could keep her father all to herself. She received critical acclaim for her performance in the movie, as critic Joe Balthai wrote that she was “the darling of the 1998 Sundance Film Festival.”

The following year, she starred in another movie alongside Health ledger, where she played Kat Stratford in Gil Junger’s 10 Things I Hate About You, a modern retelling of the Shakespeare classic play, The Taming of the Shrew. This is the movie that blasted her into stardom. Critics raved over her acting performance, with Chicago Film Critics voting her the most promising new actress of the year, and with her winning an MTV award for Breakthrough Female Performance for her role in the movie. She then starred in Down to You, and while the movie was not a success, critically or commercially, she still received a Teen Choice Award nomination for her on screen chemistry with the other leading actor, Freddie Prinze Jr. She starred in two more Shakespeare adaptations, but neither was very successful.

In 2001, Stiles starred in Save the Last Dance, as an aspiring ballerina who was forced out of her small hometown in Illinois after her mother died to live with her struggling musician of a father. She attends a school there with a population of nearly all African American students, and she feels left out. She soon, however, falls in love with a character played by Sean Patrick Thomas, who teaches her how the ways of hip hop dance so that she can get into a dance school. The movie was a huge success, commercially and critically, as Julia Stiles won multiple awards, including MTV awards for Best Kiss and Best Female Performance, as well as a Teen Choice Award for the best fight scene for her fight with Bianca Lawson in the movie. She received more fame than ever before from this movie, and she even landed on the cover of Rolling Stone’s April issue that year, with the famous magazine declaring her “the coolest co-ed.” Due to the way the film was shot and edited, it could be argued that she didn’t perform her own dancing in film, and had a stunt double. However, in an interview in the Rolling Stone magazine, she said that she performed all of her own dancing in the film, even if it appeared otherwise. She was one of the most talented, young actresses at the time, and she was finally receiving the fame she deserved.

“I think that the naming of a romantic comedy has negativity around it because it’s become like a meaningless phrase. Everything gets labeled a romantic comedy if it has romance in it or a joke. Am I wrong? I think this is more fantasy because you watch two people fall in love and connect. It’s the tried and true story of two people from different walks of life connecting on a really deeper level. There is a fantasy element to it and fairy tale element to it, but what’s nice is that my character is really grounded and real and is believable, hopefully, if I did my job.”

In another interview by Laura Dawn, when asked how she finds a way to enjoy her work, she said: “I’ve

really turned a corner recently in terms of not taking work too seriously, so it is much easier for me to not take my work home. I used to struggle a lot with dwelling on how the day at work was, and I would dwell on my performance. Now, I’m like, ‘Well, that’s over and done with, and I can’t control the outcome, so move on.’ I just remember that it is entertainment I am making. I know it sounds earnest, but I do really feel in my bones that acting is just a small part of the equation when you are making a movie. The director really is in charge. Actors are as important or unimportant as the rest of the people around them.”

Julia continued to go to school during this period of her life. When asked if school provided a nice balance between her acting and fame, she said: “Yes. It’s nice to go to a place where my professors really demand that I perform intellectually. They care about my ideas and what I have to say. Not that the work that I do as an actress, that the people I work with don’t care about what I have to say, but it’s just apples and oranges. I guess I have attention deficit disorder and I guess that I like to change it up a lot. I have no desire to do post graduate work. My experience being in school is really different from a lot of my peers. Like, I’m there really almost like its a really expensive book club. I feel like I get to go and read great literature and hear what really intelligent people have to say about it. And that’s a luxury. I’m just sort of in school because it’s a safe place to grow up and it’s very stimulating, but I don’t think that I would do post bachelor work. I mean, it wouldn’t really make sense for me because I don’t need an English degree to be an actress. It becomes much more specific, getting a masters degree in English. It’s really more designed for people who want to be English scholars and it’s much more focused.”

Stiles appeared in State and Main, and The Business of Strangers shortly after. In the latter she acted alongside Stockard Channing, who said of Stiles: “In addition to her talent, she has a quality that is almost feral, something that can make people uneasy. She has an effect on people.”

After appearances in three movies in the Bourne franchise, and starring in Mona Lisa Smile, Stiles’ acting career slowed down. She starred in the web series Blue, with her playing a single mother protecting her son. The show consisted of multiple online episodes all around ten minutes in length. Since 2013, however, she has been very quiet. Many people have asked what happened to her. In 2014 she starred in Out of the Dark, but that was the last movie she had a role in.

Her personal life is a very clean one, with her being an advocate for Habitat for Humanity, and even building housing in Costa Rica. 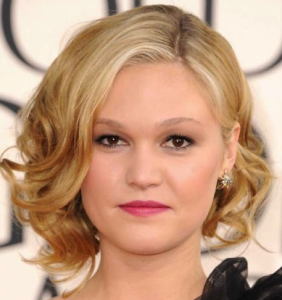 When asked about what issues and organizations she is passionate about, her response was all about helping others receive education: “Education is huge for me. I went to public school until I turned thirteen, and was lucky enough to afford college once I became successful as an actress. I cannot believe that quality education costs as much as it does in this country. Ghetto Film School is a remarkable public high school in New York City where students learn to express themselves through filmmaking, and have hands-on access to equipment. We can become very short-sighted in terms of objectives. The first thing to go during times of economic crisis and budget cuts is funding for things that are essential and not quantifiable, like the arts. Save Big Bird!”

She travels a lot, so much that she had to give up veganism so that she could travel more often, since she had developed anemia. The truth is that no one knows why she has disappeared from acting. She was one of the most promising young actors during her rise, and her fall is a strange mystery.

Julia Stiles starred in the television drama Rivera from 2017 to 2020. She played the role of Georgina Marjorie Clios, an art curator who’s the second wife of a billionaire philanthropist. The series continued for three seasons; the final episode eventually aired on December 3, 2020.

Following that, she lent her voice to the computer-animated series, DreamWork Dragons: The Nine Realms. Her first job as a voice actress, she played the role of Olivia Kullersen, a recurring character that appears during the first season.

In 2021, it was announced that she would be starring in the comedy series, The Lake alongside Madison Shamoun and Jordan Gavaris. Amazon’s first scripted Canadian Amazon Original series, it’s scheduled to premiere on June 17, 2022, on Amazon Prime Video. The series had begun filming on August 5, 2021, and had wrapped up on September 1, 2021.

According to IMDb, she will also be starring in a TV series titled, Chosen Family, which is currently in the pre-production stages. Written and directed by Heather Graham, it will center around the life of a yoga teacher who will be played by Graham.

She has also made several guest appearances on Today, Celebrity Page, Made In Hollywood, and Entertainment Tonight. In 2021, she was also invited as a guest speaker to the podcast, That Scene with Dan Patrick.

As for her personal life, she and her husband Preston J. Cook welcomed their first child, a son named Strummer Newcomb Cook on October 20, 2017. In 2021, they announced that they were expecting their second child. She later gave birth to a baby named Ario in January 2022. Given that, it’s probably fair to say that she’s been busy being a full-time mom!