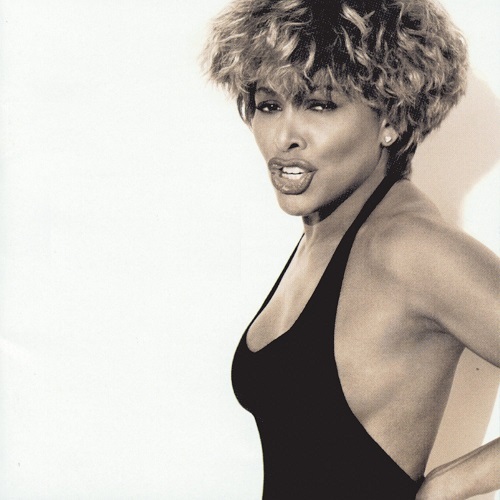 Many women throughout history have felt unable to reveal the abuse they are suffering at the hands of a violent and abusive partner. Often too afraid or too psychologically crushed to escape the abuse they constantly suffer, their pain can be shared by few others. Such a nightmare scenario can only be elevated to new heights of torment if you and that partner happen to be a celebrated and successful musical act at the height of your popularity, but that’s the life that Tina Turner found herself enduring through her married life to Ike. They were in the public eye constantly but Tina bravely suffered in silence, unable to defend herself against her violent and controlling husband.

Tina entered the World as plain Anna Mae Bullock in November 1939. Her parents, Floyd Bullock and Zelma Priscilla were hard-working but poor. Floyd was an overseer of share-croppers at a farm in Tennessee, where Tina and Ruby Ailene, her older sister, had been born. During World War II, the young Anna Mae and her sister were separated from their parents and sent to live with their maternal grandparents in Knoxville.

When the war was over, the Bullock family were reunited in Knoxville, where Anna Mae went to Flagg Grove school. She wasn’t very old before her family and schoolteachers noticed that she had an interest in singing and she was soon enrolled to perform in the local church choir.

Unfortunately, domestic turbulence occurred in the family home as Anna Mae entered her teenage years. Zelma ran away due to Floyd’s abusive behavior and not long after that Floyd remarried and abandoned both his daughters. With nowhere else to turn, Anna Mae returned to her grandmother.

She attended Carver High, playing basketball and cheerleading at the school but unfortunately, when she was 16, further tragedy affected her. Anna’s grandmother died and she moved to St Louis with her sister and mother. She graduated from Summer High School there and had early ambitions to follow a career in Nursing.

Anna Mae would visit nightclubs in St Louis with her sister and it was at the Club Manhattan that she met Ike Turner alongside ‘Kings of Rhythm’, his band that had a regular slot at the club. It wasn’t long before Ike recognized her natural talent and gave her an opportunity in the music business, employing her as a backing singer in 1958. It was then that she began to use the stage name, Tina Turner.

Tina had her first child, Raymond Craig, in 1958 at the age of just 18. His father was the saxophonist of Kings of Rhythm, Raymond Hill. After the child was born the relationship between Tina and Raymond became strained, with the tension between the two finally resulting in a fight between them. Ike and other band members intervened on Tina’s behalf and the ensuing scuffle resulted in a broken leg for the unfortunate Raymond. who left the band and returned home to Clarksdale, Mississippi.

Ike And Tina Turner – A Successful Partnership but an Abusive Marriage.

Tina moved in with Ike in 1958 and he began training her musically. Initially, their relationship was purely platonic and Ike was still involved with his common-law wife Lorraine Taylor at the time. By the next year, however, things had changed and their relationship slowly developed, even though both of them were hesitant initially about moving things forward. In early 1960 Tina and Ike conceived a child and Tina gave birth to her second son, Ronald, in October of that year.

Early success followed for the duo and in 1960, Ike and Tina’s single ‘A Fool in Love’ reached number two in the niche hot R&B chart. The year after ‘It’s Gonna Work Out Fine’ managed the top twenty and gave the duo their first nomination for a Grammy award, in the best performance category.

The sixties were a turbulent time for Ike and Turner professionally, as well as personally. In a five year period from 1964 to 1969, they signed with many record labels, almost a dozen, but their popularity grew throughout the decade.

In 1965 Phil Spector saw them perform in Los Angeles and produced ‘River Deep – Mountain High’ with Tina. The record was credited to both Ike and Tina but Spector, who was well aware of Ike’s controlling attitude, paid him $20,000 to stay away from the studio while the song was being recorded. It was not hugely successful at home but did better in Europe, reaching number three in the singles chart in the UK. This resulted in Tina being given the opportunity to open for Mick Jagger and the Stones during their UK tour.

Tina signed for Liberty records in 1970 and together with Ike, produced two albums, the rock-influenced ‘Come Together’ in that year, followed by ‘Workin’ Together’ released in 1971. The duo’s popularity, helped by their popular Revue being performed in Vegas, increased over time. Appearances on TV, including a performance on the Ed Sullivan show, followed.

In 1974 Tina recorded her first solo album ‘Tina Turns the Country on’. The album was an enormous success and Tina received a Grammy nomination in the ‘Best Female R&B Vocal Performance’ category for her efforts on it. In the same year, and in a departure from their normal sound, Ike and Turner produced a gospel music album called ‘The Gospel According to Ike & Tina’ which was another huge success, the pair were nominated for Best Soul Gospel Performance.

Also in 1974, Tina was in the London Based Musical ‘Tommy’, where she played the role of ‘The Acid Queen’. Her popularity in the UK grew far greater and she released a second solo album ‘The Acid Queen’ in August 1975.

As the seventies rolled on, Ike’s cocaine addiction spiraled out of control and the long-suffering Tina had finally endured enough of her violent husband. In 1976, during a taxi ride to the Dallas Hilton Hotel, where the pair were due to perform, Tina finally snapped and fought back. A bloody fist-fight ensued and soon after arriving at the hotel, she escaped to a friends house and filed for divorce later the same month.

Finally free from Ike, Tina embarked on a solo career. She performed at Las Vegas and appeared on TV in popular shows of the time, the popular Hollywood Squares as well as performing on The Sonny and Cher Show. In 1977 she headlined a solo tour in Australia and in 1978 she released the album ‘Rough’, although it was not a great success, and neither was ‘Love Explosion’ released the year after.

In 1983, thanks in part to David Bowie’s help, Tina signed for Capitol Records and released ‘Lets Stay Together’ in the same year. It was a huge hit, reaching position 26 at the Billboard Hot 100. It was also a top ten chart hit in several European countries.

In June 1984, after a career spanning 25 years, she finally struck superstardom with the release of her best-known work, ‘Private Dancer’. It was a massive success Worldwide, reaching Number one and spawning huge hits like the Worldwide success ‘Private Dancer’ along with the equally celebrated ‘Better Be Good To Me’. The Album amassed sales of over five million in America alone and over twenty-five million Worldwide.

The best selling album of her career had one more smash hit for the music world, the phenomenally successful ‘What’s Love Got to Do With It’. It was Tina’s most successful single and surprisingly, was her only US number one. The song ranked 38th in Rolling Stone magazines ‘500 greatest songs of all time’.

In 1985, Tina starred alongside Mel Gibson for the film, ‘Mad Max Beyond Thunderdome’, in which she played the role of Aunty Entity. She recorded a pair of songs for the soundtrack, ‘We Don’t Need Another Hero (Thunderdome)’ and ‘One Of The Living’. They both achieved some chart success, in large part due to the critical success of the film.

In 1986 she published her autobiography, ‘I, Tina’, in which she revealed to the public for the first time the years of abuse she had bravely, and silently, suffered throughout her marriage to Ike. The book became a best seller. Ike was unrepentant, he admitted beating Tina but was quoted as saying ‘Yeah, I hit her, but I didn’t hit her more than the average guy beats his wife’. Ike perhaps showed his true self-best of all when, in a TV interview in 1990, he said ‘I did no more to Tina than I would want somebody to do to my mother’.

In 1986 Tina recorded the album ‘Break Every Rule’, it was her final big success, eventually selling more than four million copies.

Tina won eight Grammy awards throughout her career, four of them for the Album ‘Private Dancer’ alone. The best-selling soundtrack for ‘Mad Max Beyond Thunderdome’ snagged one more and her most successful single ‘What’s Love Got To Do With It’ took another.

In the summer of 2020, Tina came out of retirement to collaborate with Kygo, a Norwegian producer, on a remix of ‘What’s Love Got to Do With It’. Released on July 17, 2020, the song was accompanied by a music video that featured Charles Michael Davis and Laura Harrier as star-crossed lovers. As of January 2023, the video has been viewed over 38 million times on YouTube. With its release, Tina also became the first artist in the UK to have a top 40 hit in seven consecutive decades.

That same year, she released her third book titled, Happiness Becomes You: A Guide to Changing Your Life For Good. Co-written with Swiss singer Regula Curti and Taro Gold, it ended up being chosen as the Best Nonfiction Book of 2020 on Amazon.

She also appeared in the documentary film Tina in 2021. Directed by T.J. Martin and Dan Lindsay, it followed her life and career and featured guest appearances by Oprah Winfrey, Katori Hall, Angela Bassett, Jimmy Thomas, and Terry Britten, among several others. Dedicated to her son Craig Turner, the movie had its world premiere at the Berlin International Film Festival in early 2021 and was later released in the U.S. on March 27, 2021.

And in 2021, she sold her music rights to BMG Rights Management for an alleged $50 million. She was also inducted into the Rock and Roll Hall of Fame, accepting her award remotely from her Switzerland home. She received an honorary doctorate from the University of Bern as well for her ‘unique musical and artistic life’s work.’

That year, she also made television appearances on Entertainment Tonight, Worn Stories, Music’s Greatest Mysteries, and Dish Nation. She also appeared as herself in the documentary, Tina Turner: Simply the Best, which aired on August 1, 2021.

She will also be performing at Palace Prime in Santa Fe later this summer.

For those who’d like to keep up with the Swiss singer, you can follow her on social media. She posts regularly on Instagram (@tinaturner) where she has over 778K. You can also follow the Tina Turner Blog on Twitter (@tinaturnerblog) for the latest news and updates.