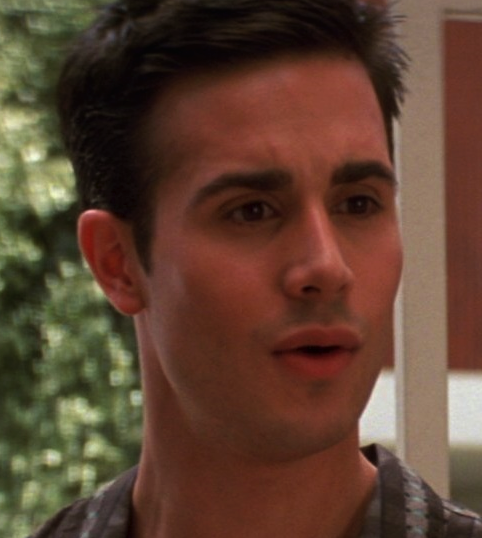 For a period of about ten years, Freddie Prinze, Jr. was the guy all the teen girls wanted to see and the guy all the teen boys wanted to be. The crowned prince of teen flicks first rose to prominence with I Know What You Did Last Summer and then starred in a seemingly never-ending series of romantic comedies, teen dramas, and live-action remakes. The young star’s movie success did come to an end though, and by 2008, he had stopped making movies altogether. What happened to the boyishly handsome Prinze and where did he go?

Prinze was the first and only son of Freddie Prinze, Sr., acclaimed Chicano stand-up comedian and actor. The star of the mid-seventies sitcom Chico and the Man, Prinze Sr. famously committed suicide when his son was still an infant. Prinze, Jr. followed in his father’s footsteps after high school, pursuing acting in his native city of Los Angeles. He found a few small roles on TV shows and TV movies before his natural charm and good looks attracted the attention of Columbia Pictures, who cast him in the horror movie I Know What You Did Last Summer.

Starring alongside other rising teen stars including Sarah Michelle Gellar, Ryan Phillippe, and Jennifer Love Hewitt, who was already famous as the young lead of Party of Five, Prinze achieved name recognition on his very first film outing as the movie was incredibly successful at the box office. The slasher film features the teenage cast being stalked by a killer who knows their dark secret, and it spawned two direct sequels and any number of copycats. Prinze and Hewitt also starred in the sequel released the following year. The two movies together grossed almost $200 million and opened many doors for 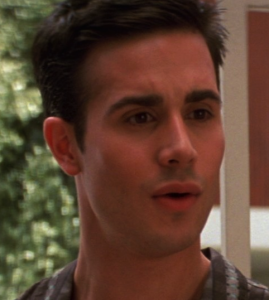 Prinze would go on to make a series of teen comedies and dramas in the following years. In 1999, he starred alongside it-girl Rachael Leigh Cook in She’s All That, a modern adaptation of the classic musical My Fair Lady. In the film, Prinze picks the most ugly, unpopular girl in his high school to prove to his friends that his influence can make anybody hip, well-liked, and attractive. The film was a smash hit in the teen romantic comedy genre. The same year, Prinze lead the cast of the film adaptation Wing Commander, based on the successful video game series of the same name. Drawing from science fiction epics and space operas like Star Wars, Star Trek, and Ender’s Game, the film was about human star fighters warring against a cat-like humanoid species bent on our destruction. The film was heavily panned and lost millions of dollars. It marked the first major failure for Freddie Prinze Jr.

Prinze had little more success with the string of romantic comedies that followed: Down to You, Boys and Girls, Head Over Heels, and Summer Catch. Each of these four films holds a 10% critical approval rating or worse on review aggregator sites like Rotten Tomatoes and each film lost money at the box office. Prinze was quickly developing a bad reputation in Hollywood that he would need to repair or outgrow as his teen years came to an end.

The two live-action remakes of Scooby-Doo that came out in the early 2000’s brought a moderate amount of success back to Prinze, who starred as team leader Fred. The first big budget Warner Brothers Scooby-Doo film, which featured a computer animated Scooby, was a hit with kids and at the Teen Choice Awards, grossing almost $300 million at the box office. It featured the reuniting of the “gang” from the classic cartoons, who piled into the Mystery Machine to solve a crime at a horror resort called Spooky Island. The first Scooby-Doo film also reunited Prinze with former I Know What You Did Last Summer starlet Sarah Michelle Gellar, whose fame as Buffy the Vampire Slayer now eclipsed Prinze’s career struggles completely. The two were wed shortly after the film was released. Prinze, Gellar, and their costars returned for the similarly successful sequel.

Despite Prinze’s financial and romantic success with the Scooby-Doo films however, his performances were considered poor, and his career never saw another hit. Prinze appeared in a couple smaller films, like New York City Serenade and Jack and Jill vs. the World, and he leant his voice to several animated features. One of these animated features, Delgo, was a stunning critical and commercial flop. Widely considered a record holder for the worst opening for a film of its size, it had an estimated viewership average as low as two viewers per screening. Delgo is also generally considered the lowest-grossing computer-animated film of all time. More importantly, it marked the final nail in Prinze’s film career coffin. 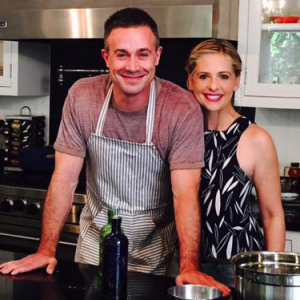 Since Delgo’s record setting failure, Prinze has made a few TV cameo appearances and has become involved with world of professional wrestling, as an announcer and creative consultant. While has relationship with WWE has been sporadic and tumultuous, Prinze has twice fought in the ring, and he contributed regularly as producer, director, and writer until 2012. Most recently, Prinze has lent his voice to a new Star Wars animated series, Star Wars Rebels, that began airing in late 2014. Prinze reports that he has long been a fan of the Star Wars universe. Ironically for a man who was so well-known for his good looks, live action appearances do not appear to be in the former teen idol’s future. Let’s not feel too bad for the guy though; he’s still happily married to Sarah Michelle Gellar. The two former teen superstars have two children: a daughter and a son. In 2015, Gellar cheerfully announced the coming release of Prinze’s first cookbook, proving that when life closes a door, it opens a kitchen window.