5 Of The Most Awkward TV Moments of All Time 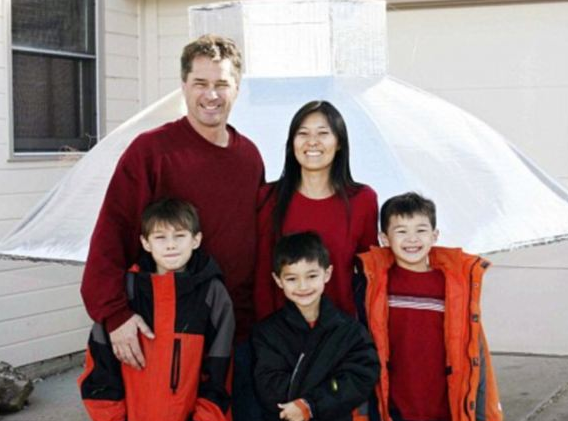 On March of 2011, the notorious Donald Trump was roasted on Comedy Central. Among the cast of roasters were Whitney Cummings, Lisa Lampinelli, Jeff Ross, and, to the dismay of the audience, Mike “The Situation” Sorrentine. When it was time for him to take the stage and make the audience laugh, the reality TV star couldn’t have flopped any harder. After starting off his skit with a few mediocre raunchy jokes that earn a few chuckles from the crowd, Mike proceeds to make the crowd and cast uncomfortable by attempting to apply terminology from The Jersey Shore to his punchlines. Ultimately, Mike was set up for failure as soon as he was recruited for the roast, because unlike the rest of his co-stars, he is not known for his comedic excellence. Clearly this was evident enough after the crowd practically booed him off stage and Jeff Ross rushed to the podium in attempt to keep things from falling too flat and uncomfortable.

4) Hank Johnson Fears That Guam Will Tip Over

During a meeting in 2010, Hank Johnson, a member of the Senate, made everyone chuckle as he voiced his fears concerning the deployment of the military to Guam. Easing his way into the discussion, Johnson got into excessive detail about the small size of the island to put emphasis on his idea that adding too much stress to the small island would likely be fatal. Johnson stated that “My fear is that the whole island will become so overly populated that it will tip over and capsize”, voicing his concern that he believed that Guam would go belly up if too many people were to take up residency upon it. Now, it’s completely understandable to not want to ship off soldiers, but to not do it out of fear of the island flipping over? That’s extremely absurd and definitely ridiculous. Obviously Mr. Johnson missed out on a few middle school science classes.

3) The Boy in the Balloon Found Hiding in Attic

In 2009, pandemonium struck in Colorado when the Heene family lost their son. It was the family’s belief that their 6-year-old son had somehow gotten into a helium balloon that began to drift across Colorado. According to many onlookers, they claimed that something fell from the balloon as it traveled for 50 miles, but whatever it was that fell, it wasn’t the boy. The Heene’s found their son hiding in a box in the attic of their home. Apparently he had been frightened about getting in trouble and so hid away while his parents feared the worst.But that’s not the most awful part of the story. Later, during an interview, Falcon Heene confessed that “we did this for the show”. Followed by the boy’s truth was stunned silence and awkward murmurings from his parents. Later that year, Richard Heene was charged for attempting to influence a public servant and pleaded guilty. He was then sentenced to 90 days in jail and charged $36,000 in restitution. Looks like their balloons were busted.

Perhaps one of the most memorable moments from television history, in 2009 Kayne West really outdid himself at the MTV VMAs. Taylor Swift, a rising country star at the time, was the face of pure surprise when he name was called for best female music video. Our hearts soared with joy as the singing sweetheart stood on stage to begin her thank you speech. Swift got no more than a few words out before the hip hop artist took to the stage and practically grabbed the microphone right out of her hands. During his interruption, Kanye claimed that Beyonce had “one of the best videos of all time” and left Swift stunned and practically in tears. Even Beyonce looked disgusted with her fellow musician’s uncalled for outburst. As the saying goes, if you don’t have anything nice to say, then don’t say anything at all.

Finally, at the top of our list of Most Awkward Moments from TV History is Janet Jackson and her infamous nip-slip. During the 2004 Superbowl, Miss Jackson and Justin Timberlake were performing Rock Your Body together on stage during the half time show. The performance itself was altogether very steamy and sexual, but during the end of the show, Timberlake reached across Jackson’s chest and tore off a bit of her clothing that ended up exposing her breast. Though she was only exposed for a moment, that was enough to give this particular Superbowl the nickname “Nipplegate”. Jackson later apologized for what happened during the show, but that wasn’t enough to change what happened. Her wardrobe malfunction is still one of the most recognized today.