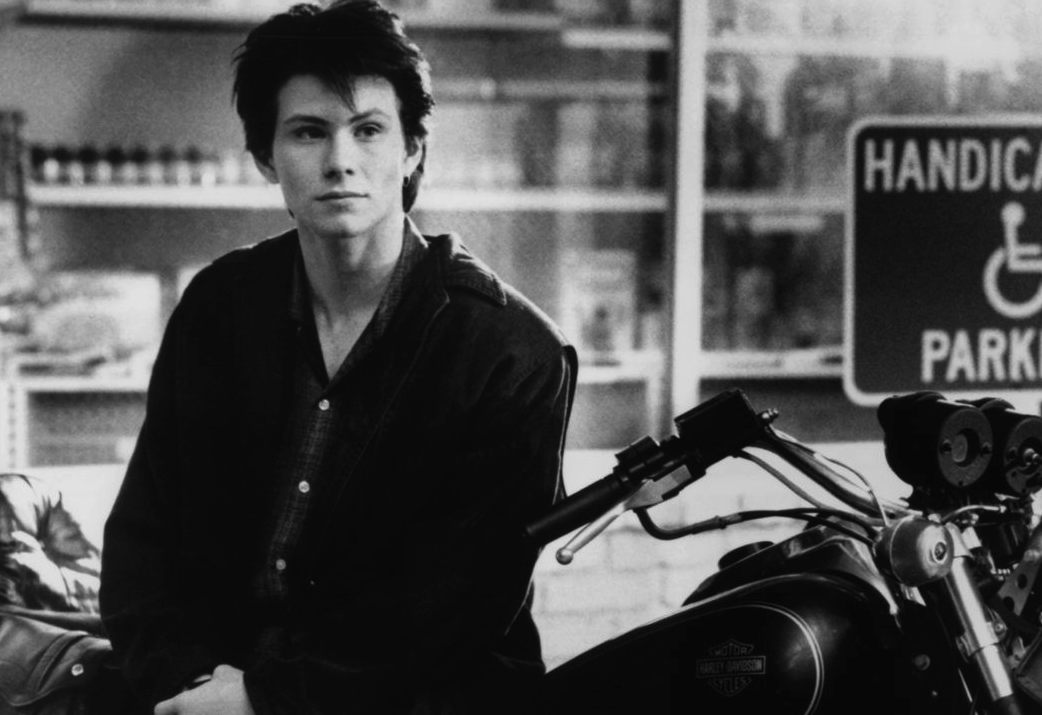 Eighties bad boy and heartthrob Christian Slater has had a tumultuous career. After gaining fame as a teen star in the moderately successful films Heathers, Gleaming the Cube, and Pump Up the Volume, he found work in several bigger budget movies. Yet, Slater was almost always either a sidekick in a hit film or the lead in a flop. Throughout his career, Slater struggled to find recognition. He also struggled with substance abuse and the law. Recently, he seems to have disappeared altogether. Many people have been left wondering what happened to that eighties teen idol. 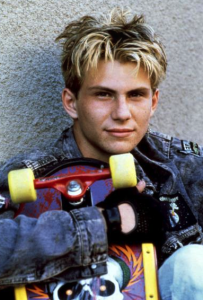 A New York City native from a Hollywood family, Slater got his start on daytime television and in theater. Slater took small roles in a handful of Broadway plays in his youth before landing a role as the younger brother to the unrelated Helen Slater in the, at the time, underrated Legend of Billie Jean. Called a modern take on Joan of Arc, the film tells the story of a girl who leads a brief youth rebellion after being sexually assaulted and then framed by a corrupt store owner in her small town. Slater would then go on to star opposite Sean Connery in The Name of the Rose, a murder mystery set in a medieval abbey. This lead to Slater’s run of successful teen flicks.

In the final years of the 1980’s, Christian Slater appeared in almost a dozen teen movies as a brazen, willful, anti-hero, often leading or encouraging youth rebellions of his own. First, in Gleaming the Cube, Slater played a teenage skateboarder who uses his skate moves and wits to avenge the death of Vinh, his adopted Vietnamese brother. The film is just as notable for its insane plot involving a communist conspiracy as it is for the early film appearance of expert skater, Tony Hawk. Hawk and Slater remained friends for many years. Next, Slater would play a role against type in the 1989 drama, Beyond the Stars, appearing as the teenage friend of an aging astronaut played by Martin Sheen. In a third film the same year, Slater played a supporting character, this time the older brother to Fred Savage’s child wanderer in the Nintendo-focused road movie, The Wizard. During this same highly productive year, Slater had his first highly publicized run-in with the law, spending about two weeks in jail for assault and DUI. A fourth and final 1989 release, Heathers, would finally put Slater in the spotlight. 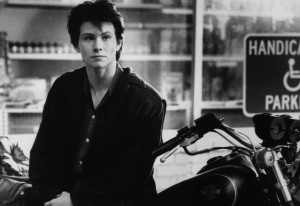 A black comedy also starring Winona Ryder and Shannen Doherty, Heathers was a movie about fitting in, getting ahead, and teenage suicide. Ryder played Veronica Sawyer, a student who gets in over her head after a mysterious dark horse (Slater) rides into town, falls for her, and starts killing off her social rivals, staging the deaths as suicides. Consistently rated both one of the greatest films of the eighties and one of the greatest high school films, Heathers became a surprise success only in the years after its initial release. It was the pop culture progenitor for many terms and ideas that would blow up in the nineties. Unfortunately, it struggled at the box office, and it only managed to lock Slater into the typecast of the cynical, troubled teen rebel. In Pump Up the Volume, he played a pirate radio DJ who has issues making real world friends at his high school, while all of those same kids worship his anonymous radio persona. In this way, it anticipated the similar situation many teens would face on the internet a decade later. Slater also joined Emilio Estevez’s Billy the Kid gang in Wild West sequel Young Guns II.

Slater continued to struggle to find a successful lead role in the following years, even as he was cast in more mainstream films. In Robin Hood: Prince of Thieves, his role as Will Scarlett took a back seat to Kevin Costner’s title role, even needing to be saved by Costner in the film’s climax. Both actors were nominated for worst actor in the Golden Raspberry Awards. The film was a box office hit though. As lead in the action comedy sleeper hit, Kuffs, Slater played a high school dropout who becomes a civilian volunteer police officer. Quentin Tarantino’s cult classic True Romance saw Slater starred as the Elvis-obsessed aimless, wild man, Clarence Worley, who rescues a kindly prostitute from her killer pimp, also robbing him as the two go on the lamb together. This was another film that did not find its audience for many years. He then went on to star in the frame story for the Brad Pitt and Tom Cruise smash thriller, Interview with the Vampire. Several big budget flops followed, including Broken Arrow, Hard Rain, Very Bad Things, and 3000 Miles to Graceland. In the latter, Slater again portrayed an Elvis devotee and, again, teamed up with Kevin Costner. At least, in this case, only Costner and costar Kurt Russell were nominated for worst actor awards. The film was a spectacular failure, losing the studio almost $50 million dollars. From there, things were mostly downhill. 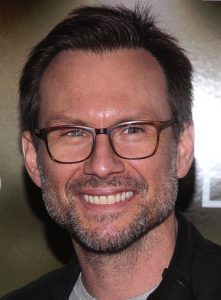 Slater struggled to find roles after starring in 2005’s universally hated, box office bomb, Alone in the Dark. An adaptation of a horror video game series, Alone in the Dark featured Slater as a paranormal detective battling alien forces. Several direct-to-video roles followed, including The Confessor, The Deal, Hollow Man 2, Love Lies Bleeding, and Mindhunters. Mindhunters was notable for starring similar Hollywood washout Val Kilmer. It took over a year from its initial release for the film to find a distributor in the United States.

Slater has not given up, however, continuing his high rate of productivity, even as the films are generally poorly regarded. Slater appeared in 10 films in 2012 alone, for example, most of them direct-to-video or video-on-demand. Throughout his career Slater has been convicted for assault charges, drunk driving, and sexual harassment. While the bad boy thing was cute when he was young, these incidents have not helped the adult Slater. Finally getting the hint, Slater has recently stated that he now considers staying sober his full-time job. Despite a hoax regarding rumors of Slater’s death in 2015, the actor is reportedly preparing for a supporting role with stoner paragon James Franco.