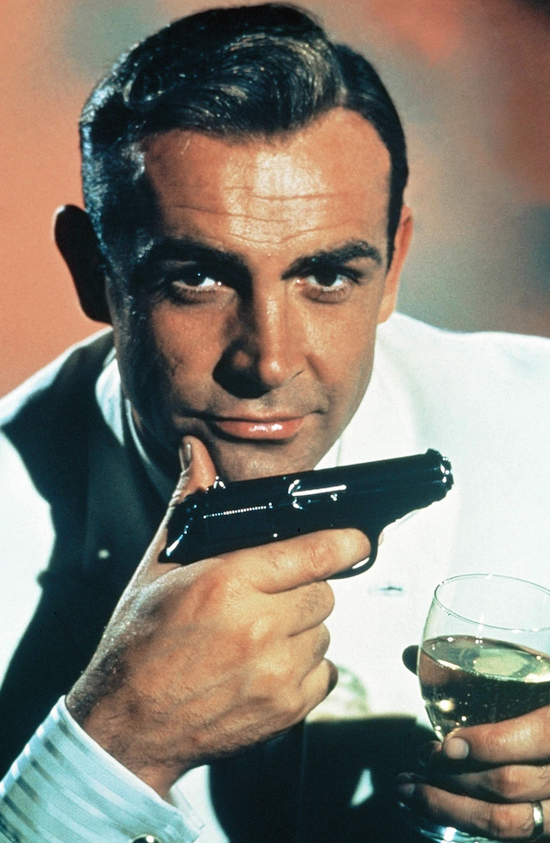 There’s William Wallace, there’s Macbeth, and then there’s Sir Thomas Sean Connery. Accept no substitutes. Almost certainly the most famous living Scot today and, for most people, the most famous Scottish person of all time, Sean Connery simply had no parallel during his storied career. Whether you know Connery as the first and most famous actor to portray James Bond, as the Academy Award Winning actor from the Untouchables, or in his countless later films, you almost definitely know and love his work. Among other achievements, Connery was voted the sexiest man of the 20th century, he was knighted by the queen, and he beat up real life gangsters on no less than two occasions. He was practically a force of nature. So what ever happened to him? 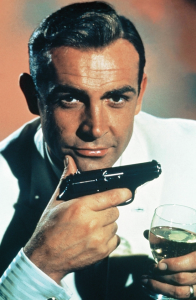 After getting his start in bodybuilding, Connery became involved in live theater in his early twenties. It was at an early acting gig that Connery met Michael Caine, another famous English actor who would go on to become one of Connery’s closest friends. Connery’s first few screen roles were minor, bit film parts and BBC television roles. His first real leading role came with 1958’s Another Time, Another Place, a film about two reporters who fall into a torrid love affair during World War II. This role lead to a starring part in a Disney film: Darby O’Gill and the Little People. The fantasy film involved a power struggle between one family and a gang of mischievous leprechauns. Connery played the love interest of Darby’s daughter. The film performed well and helped gain Connery his most important role.

Before Daniel Craig, before Pierce Brosnan, before all the others, Sean Connery was James Bond. Connery played the dashing, debonair, licensed-to-kill secret agent in seven films between 1962 and 1983. James Bond effortlessly wooed every woman he met and easily outgunned most of his adversaries. Within only a couple films, the world was hooked, and the secret agent flicks based on Ian Fleming’s novel series became one of the longest running film series of all time. Of the twenty four Bond films, Connery appears in almost a third of them. Of the highest rated Bond movies, Connery appears in all but two. While Roger Moore would later match the seven film record set by Connery, he could never match Connery’s suave, intoxicating charisma as Bond. Connery’s Bond was picked as the third greatest film hero of all time by the American Film Institute, and his portrayal of the smooth-as-silk hero set the standard for not only all future Bonds, but for generations of spy heroes in general. Chief among these Connery films stand the original Bond appearance, Dr. No, and its two immediate sequels, From Russia with Love and Goldfinger. These films are considered some of the greatest in the genre. The James Bond movies made Sean Connery quite famous, but they failed to make him happy. 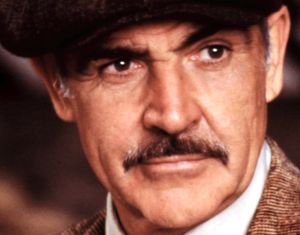 Connery became tired of playing James Bond and did not want to be pigeonholed. In 1964, Connery appeared in the sexy mystery, Marnie, directed by Alfred Hitchcock. In Marnie, Connery faced off against one of the original femme fatales, a mistrustful, wild, troubled thief – the eponymous Marnie. Connery also appeared two classic adventure films around this time: The Man Who Would Be King, and The Wind and the Lion. In The Man Who Would Be King, Connery acted alongside his friend Michael Caine, who is most famous to many readers for portraying Bruce Wayne’s butler, Alfred, in Christopher Nolan’s Batman reboot. In the film, Caine and Connery’s characters make a pact to abandon their posts with the British army in India. Their goal is to reach Afghanistan in order to help a small-time ruler defeat his enemies, so that they can steal a great treasure from him. In the end, their plan backfires and they lose everything. The Wind and the Lion involved a similarly exotic quest telling the story of various European and American empires all trying to conquer the resource rich African country of Morocco. Connery played a North African anti-hero caught in the conflict. His character was a man who kidnaps a young American family in order to ransom them to one of the invading countries. Both films were great successes in their own time and in the present. Connery’s other hits from this time period include A Bridge Too Far and Murder on the Orient Express.

An older Connery began taking smaller roles in the eighties due to his frustrations in dealing with big film studios. This frustration would plague him throughout his career. In The Highlander, Connery played the wise and enigmatic teacher who took the title character under his wing. He then went on to win an Oscar as the grizzled but honorable cop, Jim Malone, in 1987’s The Untouchables. In this film, Connery teamed up with Kevin Costner to bring down Robert De Niro’s take on Al Capone. The movie became an instant classic of the police procedural and crime drama genres, and it brought a great deal of additional acclaim to all three actors. Connery’s last great movie of the eighties was 1989’s Indiana Jones and the Last Crusade. Connery played father to Indiana Jones, helping him search for the Holy Grail. 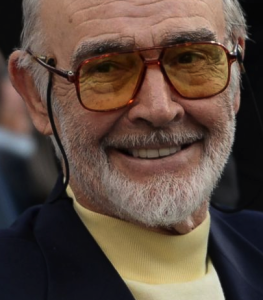 In the following decade, Connery continued to act in major films, but he was somewhat typecast as the wily, aging mentor figure. A notable exception to this trend was 1990’s Tom Clancy adaptation, The Hunt for Red October, in which Connery played a Soviet defector and captain of a nuclear submarine. The film was a commercial smash. Many of Connery’s following pictures were not as successful, however. These included the medieval fantasy films, First Knight and Dragonheart, a spy film called The Avengers, and the heist film costarring Catherine Zeta-Jones, Entrapment. Connery’s final leading role came with the big budget flop, The League of Extraordinary Gentleman. Very loosely based on a comic book series by Alan Moore, the movie featured literary superheroes from the Victorian Era of England’s history. Connery frequently argued with the director, Stephen Norrington, and threatened to quit at least once. While Connery never made good on his threat during the course of filming, he would go on to quit the acting industry altogether after filming wrapped in 2003.

Connery has rarely appeared in public since his retirement from the big screen. He has been spotted on occasion at film festivals, playing golf in private clubs, and attending tennis matches. He reportedly spends much of his time with his grandchildren and at his Greek villa. It has been recently announced that Fox may make a new League of Extraordinary Gentleman movie. If you’re waiting to hear that Connery will reprise his career-ending role however, I wouldn’t hold your breath.