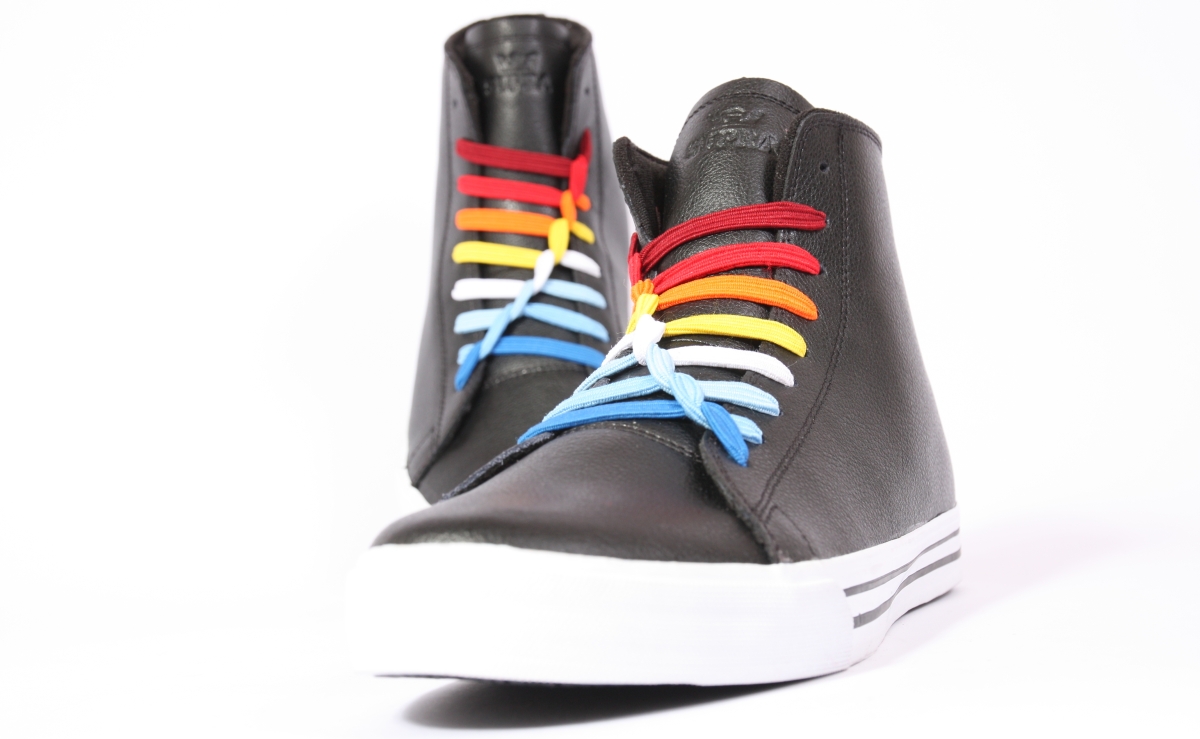 While trendspotting for New Era Caps in Japan, Tim Talley was struck with an idea. Although outfits consist of many different components, it seems as though shoes are considered one of the most important (and expensive) part of any casual outfit. Even schoolchildren will typically own dozens of different pairs of shoes. What if there were a product that allowed you to change the overall look and tone of your shoes, without breaking the bank? With that in mind, Talley immediately went to work, kicking off a two-year research development period before deciding that he had created a final product. U-Laces are elastic shoe lace inserts that are able to quickly and easily replace the regular laces inside of your shoes.

U-Laces are elastic shoe lace inserts that are able to quickly and easily replace the regular laces inside of your shoes. They come in a variety of different colors and patterns, so that regardless of occasion or outfit, customers have the perfect laces for the job. U-Laces sell in packs that contain a single set of laces, and they typically retail between $3.99 and $4.99. The laces are designed to work with every kind of shoe, so long as that shoe has eyelets to run the laces through. Each purchase comes with an easy installation guide and a lace guide, which can be used to allow customers to finely tune how the laces look, as well as how they feel around your feet. 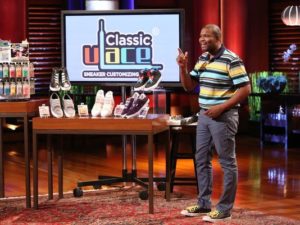 U-Lace’s appearance on Shark Tank was certainly a notable one. The Sharks showed immediate interest in the product, praising the ease of use and ingenuity of the product. Daymond John, fashion mogul, even went so far as to say that U-Laces could possibly remain trendy “forever”. Talley expressed his desire to work with the Sharks and get into larger retail stores. Lorrie Greiner said that although she liked the idea of the product and thought it would be highly successful, she felt that the laces were too uncomfortable to invest in. Robert Herjavec also loved the product and he loved Talley, but he felt that he wasn’t experienced enough in the fashion business to give U-Lace the help that it needed.

And so it was Daymond’s turn. Being such a large presence in fashion, he would definitely bring a lot of value to the company. However, he said that although he loved the product, he had recently entered into a partnership with another sneaker company that could be seen as a potential competitor. It was a conflict of interest, and he didn’t feel right dropping the other company. Citing ethical concerns, he stated that he had no choice but to drop out of a potential investment. However, Daymond was sure to tell the other Sharks that Talley was “the real deal”, and that U-Lace was “a real company”.

Kevin O’Leary gave U-Lace an offer of $200k for 50% equity, which is much less than the $200k for 25% that Talley was looking for. Talley countered O’Leary with $200k for 35% equity, which Mark Cuban went in and immediately accepted. Mark promised that he would work hard to get the laces into the Dallas Mavericks shop, and the two embarked on their partnership together.

U-Lace Now In 2023– The After Shark Tank Update

The deal with Mark successfully closed after the episode aired. Being on the show also gave the brand exposure, which helped increased sales. Eventually, they were able to get into in 7-11 and Target stores. Not only that, but they also began selling the product on Amazon.

Just a year after appearing on the show, they launched a new product called the U-Locks Mono, a line of steel lace locks that can be attached to laces and they’re available in a variety of letters (thus their name).

And in 2016, they launched U-Lace Performance, a line of laces that are designed for competitive athletes. It was followed by Lace Buddies, letters that can be affixed to the laces to spell out words, in 2020.

That same year, they did a social media campaign amidst the Covid-19 pandemic, where they featured photos of messages on sneakers such as “Stay Calm”, “It Will Be Ok”, “Call A Friend”, and “NYV Strong.”  They also auctioned off some shoes and gave the proceeds to healthcare workers on the front line.

As of 2023, U-Lace is still in business. However, it looks like they got rid of their U-Lace Performance and Lace Buddies products. Currently, they offer six types of items on their website: the U-Lace Classic, U-Lace Kiddos, U-Lace Slims, U-Lace Shorts, U-Lace Silliprint, and U-Locks.

U-Lace Classic: The original laces that were featured on the show. They come in a variety of colors and patterns from tie-dye to black. They can also be mixed and matched. Retails for $5.49 on their website (for a pack of six).

U-Lace Kiddos: The original laces that were featured on the show, but for kids. Similar to the Classic, they’re available in a wide assortment of colors and patterns. Retails for $5.49

U-Lace Slims: Slim elastic laces that can be used with tennis shoes or sneakers. Fits extra snug and comes in a variety of colors. Retails for $5.99.

U-Lace Shorts: Designed for adult sneakers with narrow eyelet spacing. One pack can be used to lace a standard pair of shoes. Retails for $12.99.

U-Lace Siliprint: Animal and graphic print no-tie laces that can be used with sneakers. Retails for $12.99.

U-Locks: Introduced in late 2015, they are single-letter locks that you can affix to your laces. Retails for $4.99. Only available on their Canadian website.

On top of that, they also sell “hoop nets”, which are portable basketball nets that you can bring with you to the court. For those who are interested in their products, you can visit their website for more details. Currently, they offer free  US ground shipping on orders above $30. You can also follow U-Lace on social media for the latest promotions and announcements. They actively post on Instagram (@ulacesnakerlaces) as well as Facebook (@u-lace).