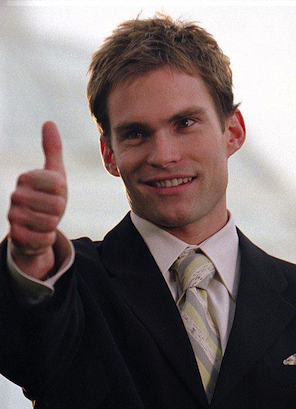 Born on October 3, 1976, Seann William Scott is a famous actor and comedian. He is best known for his role as Steve Stifler in the popular American Pie series of films. Scott has appeared in a wide range of different types of movies, including the horror film Final Destination, comedy films Road Trip, Dude, Where’s My Car?, and Role Models. He has also appeared in the science fiction comedy Evolution, the action films Bulletproof Monk and The Rundown, the action comedy film The Dukes of Hazzard, the comedy Role Models, the buddy cop film Cop Out, and the hockey comedy film Goon. Lately, however, he has been quiet on the acting front. After being in such successful movies, it is curious how he could disappear so quickly. 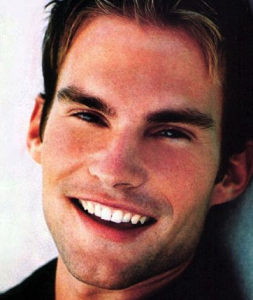 Seann was born in Minnesota to Patricia Anne and William Frank Scott. Scott became inspired to become an actor during his time working at a local movie theater. He was able to watch any movie he wanted for free, and he ended up seeing all the major films of each genre. This is where he started his passion for film. He watched every film the theater showed, and he soon realized he desired to become an actor.

In the 1999 film, American Pie, Seann William Scott played Steve Stifler, one of the main characters of the movie. He was only paid $8,000, however, but the fame he received from that movie led to much higher paychecks. He reprised his role as Steve Stifler in the three sequels of American Pie: American Pie 2, American Wedding, and the 2012 American Reunion. Scott was the lead role in American Pie 2, and that role is the one which thrust him into stardom. 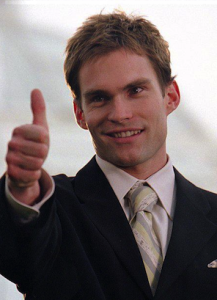 He landed the lead role in Southland Tales, where he teamed up with Dwayne “The Rock” Johnson, who he had previously worked with in the film, The Rundown. Scott also hosted the MTV Movie Awards in 2003 with Justin Timberlake. After hosting Saturday Night Live and appearing as a guest host in Live with Regis and Kelly, it seemed like Seann William Scott had become a household name.

In 2011, however, Scott voluntarily admitted himself to a health treatment facility for personal reasons. He had issues that he kept private, but these issues could be what removed him from the spotlight. After his famed role in the American Pie films, his acting career seemed to hit a plateau.

In March of 2012, Sean William Scott announced that he proposed to model Lindsay Frimodt, and she had said yes. However, in January 2013, it was reported that their engagement had ended and that the two had split, but would remain friends. 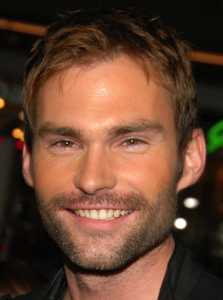 Scott had some short appearances on TV shows like It’s Always Sunny in Philidelphia, and he voiced the character Crash in the very successful Ice Age films, but it appears as if his days as a high profile actor are over. As with many other actors, he had a very fast rise to stardom, and an even faster fall to obscurity. It seems that some actors can create a performance so well, or be in a movie so successful, that they will never be able to top, or even replicate that. It’s the tragic story of how hard it is to maintain fame, and how easily society can forget about someone. Seann will always have the American Pie series, but his acting career seems to be ending. It’s unfortunate, but inevitable. At the age of 40, hopefully he has moved on past his demons and maybe he’ll get another chance to star in a blockbuster movie. For now, though, he has all but disappeared from film.