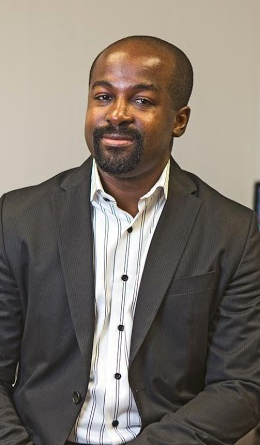 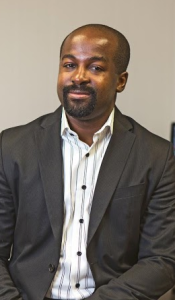 Kwame Kuadey, a man originally from Ghana, made a long trip to the United States in order to pursue his dream of creating an online gift card exchange company. The inspiration behind this idea took root when Kuadey and a former friend had a conversation about had he had a plethora of gift cards that he wanted to sell for cash. After this impromptu friendly conversation, the general premise for Gift Card Rescue was formulated. Kuadey wanted to create this business in order to aid people in the selling and purchasing of gift cards. People who have gift cards that they would like to sell for cash can put them online for a discounted price and customers who are looking to save some money in their favorite stores are able to get a little more than what they are actually paying for. It was a genius concept that the company’s CEO was hoping would kick off in America, but unfortunately for Kuadey though, his business had quite a bit of trouble during its beginning stages and the gift card exchange was not as successful as he originally anticipated. It was during this hardship that he made the decision to try out for an appearance on ABC’s Shark Tank.

Making his appearance at the beginning of the show’s fourth episode, Kuadey explains his desperation for funding from the sharks during a brief prologue that gives insight to his struggles at home. Once he is actually standing in front of the sharks, he transforms into a man who is very confident in the success of his business. He opens with his asking price, $150k for a 30% stake in his company. Following that, it is explained how nearly 10% of all purchased gift cards are unused by their recipients. With $80 billion worth of gift cards being sold in 2008, that means that there is an $8 billion market going untouched. After hearing such a large number like that, the sharks’ interest immediately picks up while Kuadey explains how his company will buy gift cards for about 65% to 70% of the card’s actual worth and then proceed to sell it at a discount of 10%.

After he is done speaking, Robert Herjavec asks to get into a little more detail with numbers. Gift Card Rescue only made $55k in sales, but were expecting to make a 25% profit on the anticipated $120k they 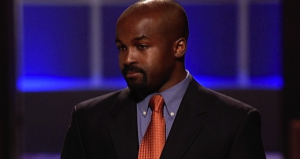 were going to make. Shark Kevin O’Leary quickly voiced an issue he spotted in the business. Theoretically, if the company needed to buy $100k worth of gift cards and only sold $30k, O’Leary wanted to know who would make up the difference for the lost money. Kuadey then explained how he learned which cards to buy and which to reject based off of what people had a tendency to buy. Herjavec offers him some praise by stating that he has good margins and came prepared with informative answers to the questions he was asked.

With the question and answer portion of the show over, Herjavec redirects the discussion back to the original asking price that Kuadey asked for earlier on the episode. If one of the sharks were to buy into the company at the rate he asked for, that meant the entire business would be worth about $500k. When asked why his company was worth that amount, he responded by saying Gift Card Rescue has a lot of room for growth and better sales and also that the online empire, Amazon, wanted to have a partnership with him. This revelation momentarily stunned them into silence. Daymond John was the first shark to speak, stating that he liked Kudey but was not fond of the kind of business he was attempting to run, and so he would not invest into it. Barbara Corcoran quickly followed suit, but O’Leary stopped to offer $150k for 50% of the company. Not satisfied with this deal, Kuadey proposed that he sell 40% for $150k. O’Leary was unwilling to make the adjustment to his offer which allowed Herjavec to jump in and state that he would partner with O’Leary and up the price to $200k for a 50% stake. With such a sweet deal on the table, even he can’t resist and decides to accept the offer. 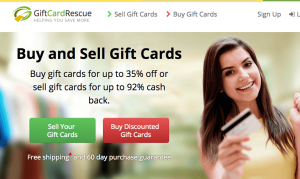 After appearing on the show, Kwame Kuadey was able to successfully reboot Gift Card Rescue. Now with the proper funding needed to start a business, he was able to create an online company that has gone on to sell almost $40 million in gift cards. In addition to more profitable sales, Gift Card Rescue has been featured in articles within New York Times, Forbes, Wall Street Journal, and a list of many other widely familiar publications. Having such a large increase in sales and popularity, this company became one of the most successful to have been aired on Shark Tank.

If you are interested in making some money off of the gift cards you have laying around collecting dust or which to buy a discounted card for yourself or as a gift for someone else, you can visit GiftCardRescue.com. On the website they offer discounted cards for over 450 popular brands. All card and money transfers have a 100% money back guarantee. They also have a customer support team that works diligently to satisfy the needs of every customer.