The Star Wars franchise has had a massive affect. Holding the Guinness World Records title for “Most Successful Film Franchise,” the series of movies has gone on to inspire comics, novels, video games, and a nearly endless assortment of merchandise. A federal defense program was named after the movies. It’s been lampooned in other media so often, Wikipedia has a dedicated category for Star Wars parodies. But perhaps no individual was so strongly influenced by Star Wars as Jake Lloyd. Lloyd played young Anakin Skywalker in Star Wars Episode I: The Phantom Menace, the fourth installment of the space opera. The Star Wars movies follow Anakin’s growth from a young boy to a the figurehead of a galactic empire, ending with his downfall. This is sadly similar to the child star’s own career.

Jake Matthew Lloyd was born in Fort Collins, Colorado, on March 5th 1989. His mother was an talent agent, and his father was an on-set E.M.T. So it’s no surprise that when he was seven, Jake was already an actor, performing as Jimmy Sweet in four episodes of the T.V. drama ER.

Lloyd also had small roles in Unhook the Stars, playing as Jake Warren, and as Mark Armstrong in Apollo 11. The child actor showed a strong screen presence, and was known for being very easy to direct and work with. Perhaps that’s why, in less than a year, he went from small televised roles, to performing alongside A-List celebrities.

In the winter of 1996, Jake performed his breakout role as the son of Arnold Schwarzenegger in Jingle All the Way. This put him on the map in time to be cast as Anakin by George Lucas for Episode I: The Phantom Menace. Within the context of the movie, Lloyd’s role was not the most important. However, within the series, the character of Anakin Skywalker is without question the focus of the stories. In The Phantom Menace, the wise Jedi Qui-Gon takes an interest in the young slave Anakin Skywalker. By the end of the movie, Qui-Gon has bought Anakin, shipping him off to a distant planet for special training, to become a Jedi. Throughout the rest of the series, this introduction to the Jedi Academy will eventually lead Anakin, resentful toward the stresses being a Jedi has caused, to lash out and attack those who loved and supported him, using his new position of power to justify his aggression.

Eventually he is stopped by a team of ragtag idealists, who encourage Anakin, now known as Darth Vader, to give up his anger so that he may find peace. Unfortunately for Darth Vader, he is unable to do so, and his life ends tragically. 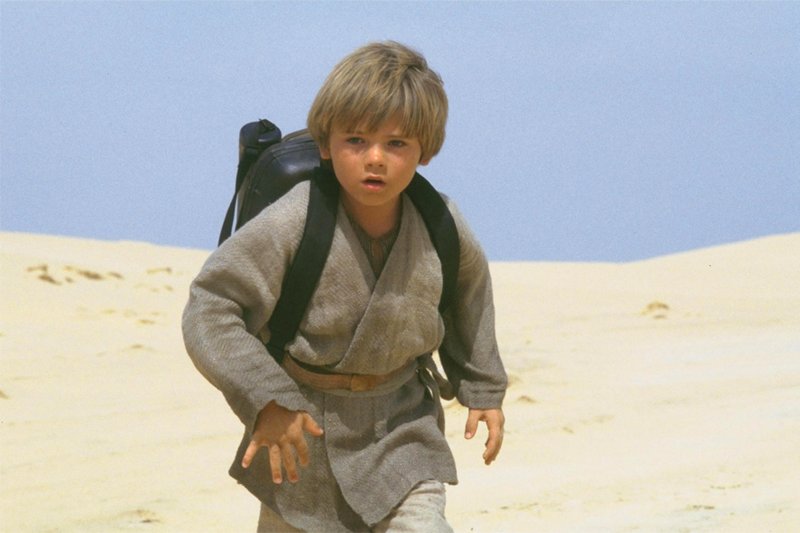 There are a lot of similarities between the Anakin’s character development through the series and Jake Lloyd’s own life. Hopefully, though, the end of the original trilogy does not serve as any prediction.

Like Anakin, Jake Lloyd was a boy known for being especially skillful at what he did. Like Anakin, Lloyd was taken in by a wise guardian (Qui-Gon, or George Lucas,) and given a tremendous amount of authority and power. And, like Anakin, as soon as Lloyd was allowed any degree of freedom, he struggled, lashing out at those who had helped him: his family, his fans, and the director who brought him into the spotlight.

Jake Lloyd Now – What is He Doing

After he was finished filming for Star Wars, Jake Lloyd began doing interview circuits and other publicity efforts. However, in late 2001, Lloyd started speaking out against the attention he received.

Lloyd was upset, at the series, and at George Lucas, for providing him with the role. He was so upset that he destroyed all the memorabilia he had collected from the set, and even stopped watching the movie, only three years after its release.

Lloyd frequently complained about the fact his schoolmates would want to talk to him about his performance in one of what is officially the Most Successful Film Franchise in the history of cinema.

“Other children were really mean to me. They would make the sound of the lightsaber every time they saw me,” Lloyd stated in a 2012 interview.

So angry at the fame he received after the film’s release, Lloyd only reprised the role for five video games, and to attend conventions, where he would deny interviews while charging people for his autograph. Eventually, even those opportunities became rare, until Jake Lloyd left the public eye almost completely. Graduating from Carmel High School, in Carmel, Indiana, Lloyd spent a semester at Columbia College Chicago, studying film and psychology. Lloyd supposedly left the university to focus on directing, though his rumored documentary about Tibetan refugees, is still unreleased. In fact, after leaving Columbia College Chicago, there were no updates about Lloyd, or his announced projects.

Until two years ago. Lloyd’s mother, Lisa Riley, claims that Lloyd, who suffers from schizophrenia, attacked her in March of 2014. Lloyd shoved and kicked his mother, shouting at her that she, “ruined [his] life.”

In the summer of 2015, Jake Lloyd, using the assumed alias of Jake Broadbent, was arrested. The charges were reckless driving, driving without a license, and resisting arrest. Lloyd was arrested after leading police on a brief high speed chase outside of Charleston, South Carolina, which eventually ended in Lloyd crashing his car into the woods.

After the accident and subsequent arrest, Lloyd’s mother, Lisa, defended Lloyd, saying that the events leading up to the arrest were because he failed to take medication to manage his mental illness. As of December 2015, Lloyd is still awaiting a trial.

Lloyd has said in multiple interviews that he won’t be acting or doing interviews in the future. That seems likely, at least the acting part. Considering the young man has spent more than half his life critiquing his involvement with the Star Wars franchise, it is unlikely he would receive acting work even if he sought it. So while we may hear more about Jake Lloyd in the future, it is almost certainly won’t be a new acting gig.