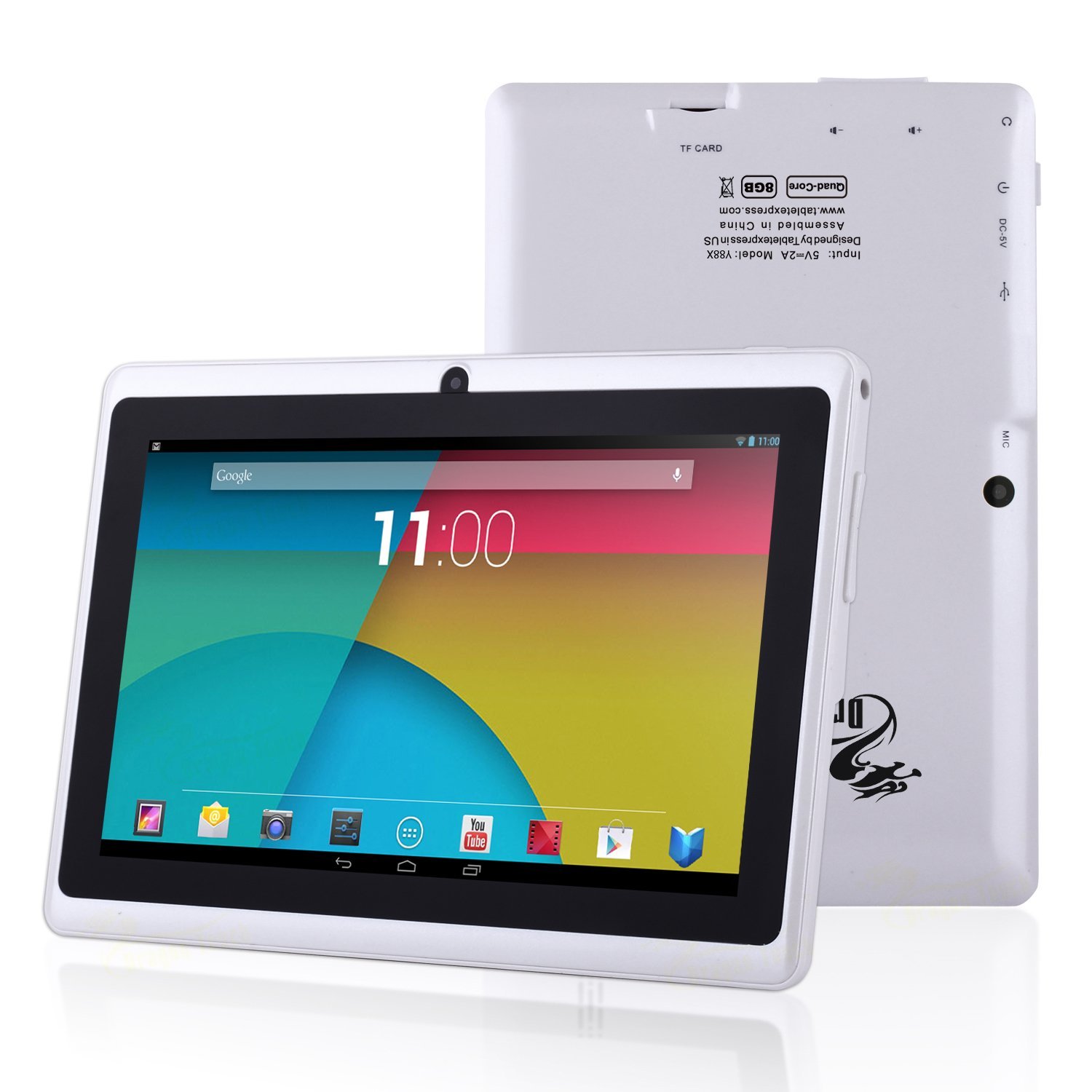 The Dragon Touch Y88X Tablet line is the latest offering from tablet manufacturer, TabletExpress. Focused on manufacturing a portable and budget-friendly device, this tablet could easily be a family favorite. Now, for all you Specs junkies out there, let’s take a look at some of the Y88X’s internals.

With that out of the way, let’s take a look at some of the pros and cons of this tablet.

I’ll be the first to admit when I first saw the price tag of $49.99, I was wary. Would the screen crack if I took a fall with it in my bag? Would the WiFi cut out if I wasn’t kneeling before the router as if it were a shrine?

No, on both counts. While I did try to avoid falling, I actively bounced around both my house and office to find that even when 5 walls separated me from the router, I was still at minimum getting four bars. The same could not be said of some devices that are more than double this price. And on the off chance I do fall and break it (as sturdy as it does seem), if I were to just cut my coffee budget for a week I’d be able to get a replacement without too much heartache.That being said, and as with all slim tablet devices, an investment into a $10 protective case may be the best option regardless.

As a general rule, young children and tablets don’t tend to go together. With the risks of the child dropping it, making a small fortune worth of in-app purchases in their favorite game, or worse still finding something not age appropriate, parents are taking a chance handing off that screen. With the Dragon Touch, it’s simply not so. 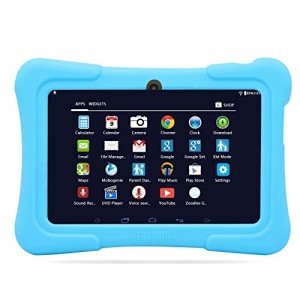 TabletExpress went so far as to create a Kids Version of their tablet, which includes a durable silicone case and plenty of controls to avoid in app purchases or use of potentially risky apps. Additionally, each Y88X also features Zoodles.This app can best be described as a free educational and entertainment marketplace, where parents can give their children free reign to play and discover in a safe environment. As an added perk, you as the parent can also monitor your child’s activity in-app, and promote topics to increase academic, social and cognitive development.

Among the most important features for any tablet is the ability to hold data. Without a connection to the internet or enough space to have what you need on hand, it would appear you may have just bought yourself a remarkably flat and expensive Frisbee.

Luckily, you won’t be chucking this one anytime soon (at least not intentionally). With an initial 8GB of internal storage and the ability to gain another 32 from an external SD card, you will find that this little device can store more apps, music, books and movies than you are ever likely to grow bored of.

A common problem with this type of device, with the Dragon Touch cannot be expected to last terribly long without a charge.

For the average adult user, charging the tablet once daily should be sufficient, but if you’re a pretty intense user (or are using it to distract the kids while on a long road trip), getting a car charger or a mobile secondary charger may be a wise investment. This is certainly not a deal breaker; However I hope that if a Y88Y or Z comes out anytime soon, a higher capacity battery is included.

Sometimes being compact is both a blessing and a curse. While a 7 inch screen does wonders for mobility, it can make reading news sites or length emails a little difficult. What slightly compounds the problem for me is being a man with objectively large hands, the zoom feature was a little less than precise and I would on occasion find myself zooming in and out a few times before finding the ideal balance of size and readability.

I can honestly say that the Dragon Touch Y88X left me impressed. With superb user-friendly features, plenty of storage and a price point that’s simply unmatched, it was easy to forgive what were at most minor inconveniences. Dragon Touch certainly lives up to its name in being an absolute beast of an option for an entry level tablet user. I would happily recommend this to anyone who frequently finds themselves at the airport, wanting to just get into the Tablet scene, or who happen to have kids that are curious about technology. If you’re willing to search a little off the beaten path of the better known name brand tablets, you may find this tablet to be a hidden treasure indeed.