What Happened to Ronnie Ortiz-Magro From Jersey Shore?

On MTV’s Jersey Shore, Ronnie Ortiz-Magro broke his number one rule: “Never fall in love at the Jersey Shore.” He dated Sammi “Sweetheart” Giancola for most of the hit reality show. There relationship was openly toxic, with the couple breaking up several times during Jersey Shore’s six season run. Ronnie and Sammi finally called it quits in 2014, after five years together. In the time since, what has Ronnie Ortiz-Magro been up to?

Ronnie Ortiz-Magro in love at the Jersey Shore

Before joining the cast of Jersey Shore in August 2009, Ortiz-Magro was working with his father in real estate in the area. On the show, he was known for his open embrace of the show’s interpretation of the guido lifestyle. Most notable was his penchant for working out and physical altercations.

During the first season, Ronnie Ortiz-Magro was arrested after a fight, in which the victim, Stephen Izzo, claimed Ronnie suckerpunched him. Eventually, the charges were dismissed, on the condition Ortiz-Magro not be charged with further violent crimes. There’s still a civil suit pending against MTV for Ronnie’s actions, filed by Izzo.

When he wasn’t fighting strangers, Ronnie was often shown fighting his girlfriend, Sammi “Sweetheart” Giancola. They’d often very quickly move past their fights, with Sammi apologizing by saying things like “There’s things I’ve said I’m not proud of, you know that right?,” to which Ronnie would say, “Can I have a little mustard?” 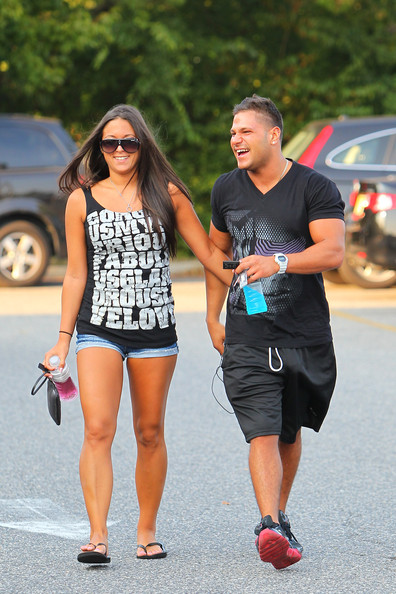 That’s actual dialog from the show. Having made it through that relationship, it’s easy to see how Sammie wound up hosting a podcast where she dishes out relationship advice.

Ronnie From Jersey Shore Now in 2018

Since the end of Jersey Shore, Ronnie Ortiz-Magro hasn’t really been in the press. He appeared with the rest of the cast from Jersey Shore in the 2012 movie The Three Stooges, and in commercials for a diet pill.

The endorsement of diet pills and creation of a cocktail line was, certainly, entirely unrelated to his hospitalization for kidney stones in April 2013.

After getting out of the hospital, Ronnie Ortiz-Magro went through a period where he stopped working out, though he made headlines for getting back in shape in just over four weeks.Je

On August 21, 2014, Ronnie and Sammi’s relationship ended for good, though in the press they said they were going to continue associating and being friends. 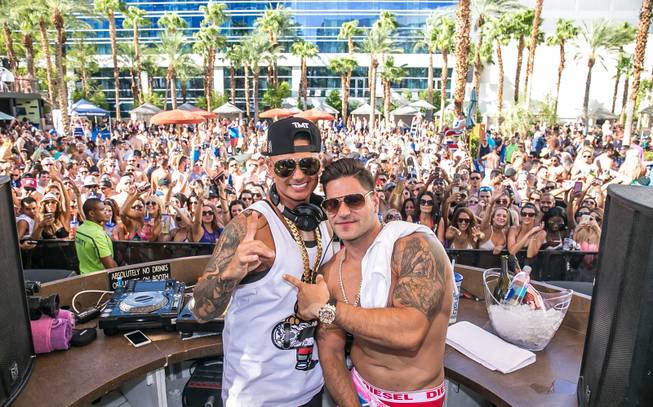 Most recently, Ronnie Ortiz-Magro can be seen with fellow Jersey Shore alum Paul DelVecchio, popularly known as DJ Pauly D. Pauly D, cardinal in the church of Gym, Tan, Laundry, has made a name for himself as a resident DJ in Las Vegas since the end of Jersey Shore. Ronnie has also been hosting nights at Chippendales at the Rio.