What Happened To The NFL Street Series? 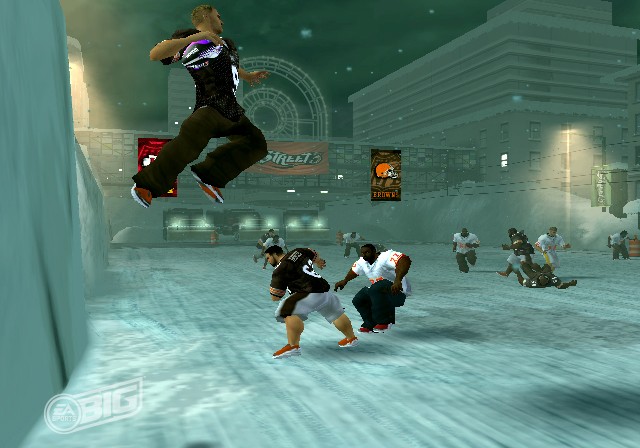 NFL Street made its debut on 2004 and the game quickly became a fan favorite. The title was a little different from the other football games out there as this was a seven versus seven match between players wearing street clothing. The games were played on the beach, rooftop or a regular football field. Oh and no rules, so holding and facemask calls did not count here.

The game had a lot of trash talk but it was always friendly. There was also a lot of taunting, especially after a big play or score. The controls were simple to learn and the plays were not complicated. NFL Street was pretty much an easier Madden but with cool moves and no penalties. You could run on walls, jump over your opponent and even pass the ball back to keep the play alive. The game would also give us a Gamebreaker when we earned enough style points in a match. This feature made your offense or defense unstoppable for one drive.

NFL Street was simple to learn but it wasn’t easy to hold a lead. The game made it difficult for you to run up the score on your friend. Turnovers happened a lot throughout the game, so it was never easy to run out the clock. 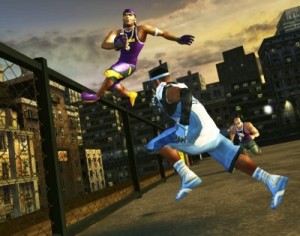 The first game featured four game modes: Quick Game, Pickup Game, NFL Challenge and All NFL Pickup. Quick Game is an exhibition match with the teams available. Pickup Game is the same as the first game mode but players are given the option to select the players they want. NFL Challenge is the main game mode, where you create your team and face others to unlock stadiums, equipment and points. All NFL Pickup is similar to Pickup Game but this mode allows gamers to pick any players, including legends.

The series was followed by NFL Street 2 and NFL Street 3 but a fourth game was never released. Where did the series go? The studio behind this game, EA Sports Big, stopped making titles in 2008. The Big branding also made games like NBA Street and FIFA Street.

After Big stopped making games, the company released other titles under the EA Sports name. Its been ten years since the last NFL Street release and fans are waiting to hear about a fourth title. Will we ever get it? What is your favorite of the series? Let us know in the comments.