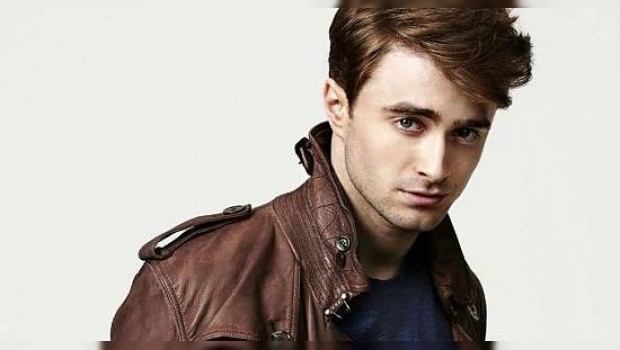 Harry Ja-, sorry, Daniel Jacob Radcliffe, known professionally as simply Daniel Radcliffe, has graced our screens in some form of another for nearly fifteen years. Best known for portraying the titular character in the “Harry Potter” series he has in the years since displayed a high-caliber of acting talent. What is he doing these days?

Daniel Radcliffe was born on July 23rd 1989 in Fulham, England to Alan Radcliffe, a literary agent and Marcia Gresham, a casting agent. He first expressed the desire to act at age five and at ten he appeared in the BBC’s adaptation of the Dickens novel “David Copperfield”, where he played the title character in his youth. Two years later he made his feature film début opposite Pierce Brosnan and Jamie Lee Curtis in “The Tailor of Panama”.

He was asked by producer David Heyman to audition for the role of Harry in 2000 but his parents would not let him, expressing concerns about the overseas shooting schedule and the seven film contract. Eventually he was allowed to audition, and after a long process he was selected to play the character. Again his parents turned down the offer, until Warner Bros offered them a two movie contract with shooting to take place in the UK. 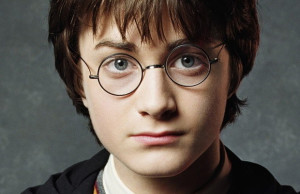 “Harry Potter and the Philosopher’s Stone*” was released in 2001 to immediate commercial success. The flick broke opening day sales and weekend takings. Daniel Radcliffe was lauded for his performance as Harry and a year later he starred in the sequel, “Harry Potter and the Chamber of Secrets”.

The Second film was nowhere near as well received as the first. Though the ticket sales were still high and the core three performers still received praise, it was the movie that was considered at fault. That year Daniel Radcliffe made his West End début as a guest in a production of “The Play What I Wrote”, a celebration of the British double act Morecambe and Wise.

The third Harry Potter film, “Prisoner of Azkaban” was released in 2004 to wide-spread critical acclaim. In contrast to the previous film, Daniel Radcliffe’s performance was panned with critics claiming that co-star Emma Watson really carried him through. 2005’s “Goblet of Fire” performed very well commercially but is currently the lowest ranked out of all the films on Rotten Tomatoes.

Also in 2005 Daniel Radcliffe shot his scenes for the Australian film “December Boys”. Adapted from the 1963 novel by Michael Noonan. It bombed at the box office and was not well received by critics upon its eventual 2007 release. Between “Goblet” and “Phoenix” Daniel appeared in the Ricky Gervais satire “Extras” playing a fictional version of himself.

Though the previous four flicks had made the leads a lot of money, there was some question of whether they would return to complete the series. But by March 2007 all three lead actors had signed on to continue and the fifth movie, “Harry Potter and the Order of the Phoenix” was released in late 2007. He would also appear in the TV film “My Boy Jack” that year.

Daniel Radcliffe returned to the stage in 2007 during Harry Potter downtime to appear in Peter Shaffer’s “Equus”. The controversial play tells the story of a young man’s unnatural veneration and sexual obsession with horses, and his psychiatrist’s attempt to understand the cause of the boy’s actions while wrestling with his own demons. Daniel played the lead at 17, causing controversy due to a nude scene.

He continued to appear in “Equus” when it made the transition to Broadway for a few weeks in 2008. He revealed in 2008 that he suffers from a mild form of developmental coordination disorder, making it difficult to tie his shoes or write when it flares up. He is a published poet, under the pseudonym Jacob Gershon, his work appeared in fashion magazine “Rubbish”.

The next Harry Potter film would be released in 2009, again a box office success. The last film, which was split into two parts, was released in 2010 and 2011. “Harry Potter and the Deathly Hallows Part 2” was very well received critically, with a glowing review from the late great Roger Ebert. The final film in the series is also the highest grossing, seventh highest grossing film of all time too.

After Potter, Daniel Radcliffe returned to the stage. He had already taken steps to distance himself from the character with “Equus” and was now ready to start a career away from Harry Potter. He played J. Pierrepont Finch in the 2011 Broadway production “How to Succeed in Business Without Really Trying”. He received favorable reviews and won a Drama Desk award for his performance.

His first feature film after Harry Potter was the 2012 horror flick “The Woman in Black”. The Macabre adaptation of the Susan Hill Novel of the same name holds a fresh rating on RT. He also appeared as a host on the popular comedy variety show “Saturday Night Live”.

On television he portrayed Dr Vladimir Borngard on the Sky Arts original miniseries “A young Doctor’s Notebook”. In it he plays a young doctor, what a surprise, shadowed by his future self. He would also voice a few characters for the Adult Swim show “Robot Chicken”, who hasn’t been on that show?

In 2013 he portrayed beat poet, and author of Howl, Allen Ginsberg in “Kill Your Darlings”. The film depicts young members of the beat generation’s time in college. He would also star in the Canadian film “The F Word” and the dark fantasy horror film “Horns”. Daniel Radcliffe was praised for his performances across the board but the script of “Horns” was criticized.

What is Daniel Radcliffe Doing Now in 2018? 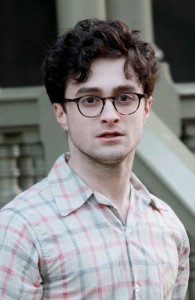 Last year he appeared in the cult Netflix original show “Bojack Horseman”, playing a fictional version of himself, I highly recommend the show. He also played Grand Theft Auto co-creator Sam Houser in the poorly received “The Gamechangers”, a TV movie that grossly over estimates the impact the Houser brothers had on the games industry and Igor in “Victor Frankenstein”.

Daniel Radcliffe values his privacy and to that end he does not have a Twitter or a Facebook account. He is of the opinion that if you post little segments of your day all the time then it’s somewhat hypocritical to simultaneously demand privacy from the paparazzi. He likes to work and to write. Next year we can expect to see him in several films, “Swiss Army Man”, “Now You See Me 2”, “Imperium” and “Young Americans”.

He currently resides in New York and is a Hockey fan, supporting the Detroit Red Wings.

*Making a philosopher’s stone was a real historical goal of alchemists, why the name was changed to “sorcerer’s stone” I have no idea.