What Happened To Greg Oden – What He’s Doing Now Update 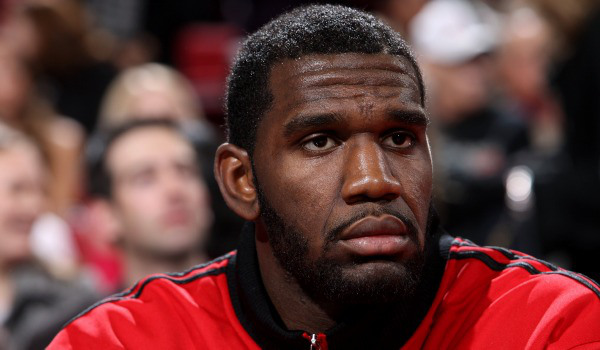 How often do we see early injuries destroy the potential of promising athletes? Greg Oden went from being number one in the draft to playing in China in a few short years due to repeated mishaps. But considering his so far strong performance in the CBA can we expect a return to the States any time soon? 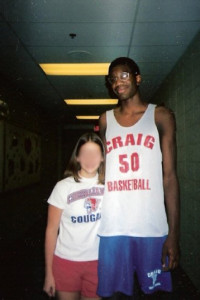 Greg Oden was born on January 22nd 1988 in Buffalo New York. His family moved to Indiana when he was nine. He began playing inter-scholastic basketball while attending Sarah Scott Middle School and continued when he moved on to Lawrence North High School in Indianapolis, where he led his team to three Indian Class 4A basketball championships before graduating in 2006.

It was announced in June 2005 that he would be attending Ohio State University for the 2006-07 season. In what was to become a familiar narrative for Greg Oden, he injured a ligament on his right hand just before he was to begin playing for Ohio State. He missed out on the beginning of the season, eventually seeing play in December against the Valparasio Crusaders. His début performance, off the bench, was extremely strong, finishing with fourteen points, ten rebounds and five blocks.

In March 2007 Greg Oden, with others, was added to the 2007 Consensus All-America team. Oden, along with Kevin Durant, were the first freshman since 1990 to be voted on to the team with only four freshman in total ever being awarded the honor. In early 2007 Oden left Ohio state and announced he would be entering the NBA draft.

He was selected by the Portland Trail Blazers as the number one overall pick. He signed a contract for two guaranteed seasons and team options for a third and fourth. But again injuries hit the rising star and in September he was on the slab for micro-fracture surgery on his right knee. The healing process for this kind of procedure is long and he missed his entire rookie season.

He was back of the 2008-09 season, still listed as a rookie, and in accordance with Sod’s law he was hit with another injury. This time it was his foot. His coaches at the time insinuated that it may have had something to do with his overall fitness. He missed another two weeks and returned in November 2008 for the first quarter of against Miami Heat. In January of 2009 he hit a career high of 24 points in a single game.

He received another knee injury at the beginning of 2009, putting him out for another three weeks. He matched his high score in November that year but was carried out on a stretcher from a game on December 5th. He wouldn’t know it yet, but that would be his last NBA game for nearly four years. He under went surgery for a fractured left patella, knee cap, and had several more surgeries over the next few years.

He was waived by the Trail Blazers in March 2012 to make room for new players. He announced his intention to sit out the 2012-13 season to focus on his rehabilitation. He returned to the NBA in August 2013 playing for Miami Heat. He failed to put in a convincing performance however and beginning March of last year was again a free agent.

In the five months between his free agency and his signing by the Chinese team, Jiangsu Dragons, Greg Oden was training with Thad Matta, the Ohio State basketball coach. He stated at the time that his plans were to make an NBA comeback for the 2016-17 season. 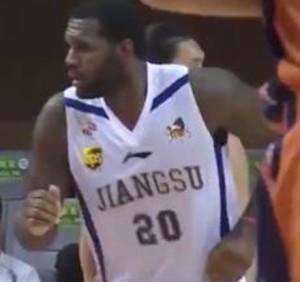 At the beginning of his career with Jiangsu it looked like more of the same from the jinxed player. An astounding start, nineteen points, twenty-three rebounds and four blocks in seventeen minutes in his first game, he was hit with another injury in October. He was out for three weeks but since then he has seen a return to form.

Will we see Greg Oden return to the NBA in 2016 as he planned? I have no idea. Jiangsu seems to be trying to take it slow with the injury prone player but the reckless abandon with which he throws himself into all of his games may mean that he’ll be seen back in the hospital before he’s back on the court state-side.

Greg Oden has since returned to the states, enrolling at Ohio State at the age of 29, majoring in sports studies. He has been helping with the coaching at the University, with young player Trevor Thompson citing him as a key reason for his recent performances. It seems likely that Greg will be moving into coaching, rather than full time playing, and honestly it’s probably a good move. Too many injuries may mean that he will never see a return to the old days, and being able to pass on some knowledge will help him figure some stuff out. He has stated in the recent past that he needed to work out a few things about himself, and I hope his recent successes give him some focus and solace.