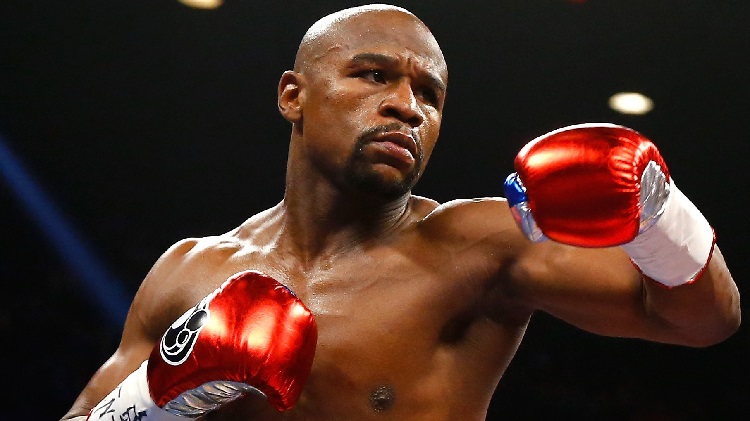 Retired professional boxer Floyd “Money” Mayweather is the wealthiest boxer in history.  His pristine boxing and flashy personality made him one of the most famous modern boxers.  It also allowed him to demand absurd purses for his fights. However, much of his money gets spent wildly on his lavish lifestyle. Let’s look at how Mayweather made and spent his fortune.

How Did Floyd Mayweather Make His Fortune?

Floyd Mayweather was born as Floyd Sinclair on February 24, 1977 in Grand Rapids, Michigan into a family of boxers. His father and uncles were professional boxers, who had seen significant success. Mayweather took his father’s name as a child. Mayweather’s childhood was not smooth sailing, with his father selling drugs before being incarcerated in 1993, and his mother and aunt addicted to heroin.

Mayweather became completely engrossed with boxing, never seriously considering another career. He won a bronze medal in the 1996 Atlanta Olympics before becoming a professional boxer later that year. The loss in the Olympics would be the final loss of Mayweather’s boxing career.

Mayweather then went on an incredible 49-0 run spanning almost 20 years. At his peak, Mayweather was consistently earning 50 million dollars per fight. His biggest payday came when he fought Manny Pacquiao in May 2015. Mayweather earned 220 million dollars for fighting Pacquiao.

Floyd Mayweather is not married. His most serious public romantic relationship was with Josie Harris. They later broke up, and Harris sued Mayweather for defamation after he said she was a drug abuser.

Where Does Floyd Mayweather Live?

Mayweather lives in a 22,000 square foot five bedroom, 7 bath mansion just outside of Las Vegas, Nevada. It features 24 foot ceilings with crystal chandeliers, a two-story movie theater, and video games on the kitchen counter. Oh, and it’s on a golf course. The mansion weighs in at a relatively modest price tag of just nine million dollars.

What Does Floyd Mayweather Do With His Money?

Floyd Mayweather is relatively free-spending. He spent four thousand dollars a day on food leading up to his fight against Manny Pacquiao. He has also sponsored a $100,000 “strip-off” between exotic dancers. He brought a fat stack of dollar bills to the event, and literally made it rain. This makes his million-dollar wagers on college football games seem tame by comparison.

Perhaps Mayweather’s craziest purchase was when he bought a Mercedes with the $100,000 cash he regularly carries. He used the car to joyride in Atlanta until he returned home to his mansion. He parked the Mercedes at the airport to fly back to Las Vegas, and then forgot about it. He casually remembered that he owned a Mercedes a couple of months later. Considering Mayweather owns three Bugatti’s with an estimated value of six million dollars, forgetting about a Mercedes seems understandable.

Mayweather is also apparently above the use of a common pen. He reportedly signs his contracts with a pen made of 18 carat gold, which is worth $4,000.

Mayweather also gives to more noble causes, and has made significant charitable contributions to Las Vegas food banks, and runs his own charity, the Floyd Mayweather Jr. Foundation.

How Much Does Floyd Mayweather Make & How Rich is He?

Although Mayweather recently retired, while he was regularly fighting he would easily make $80 million every year. Most of this came directly from fight purses, although he still made millions annually from endorsements. He also had a brief and lucrative cameo in the WWE.

What’s With the Nickname?

Floyd Mayweather earned the nickname “Money” due to both his wealth as well as the way that he flaunts it. Mayweather is known for making social media posts containing massive amounts of cash.

Ian Jones
Ian Jones is a recent engineering graduate from New Mexico. He enjoys intellectual pursuits, and digging down to the heart of an issue. He enjoys chess, poker, and other skill-based games in his free time.
RELATED ARTICLES
Entertainment