What Happened to Spencer Breslin – See What He’s Doing Now 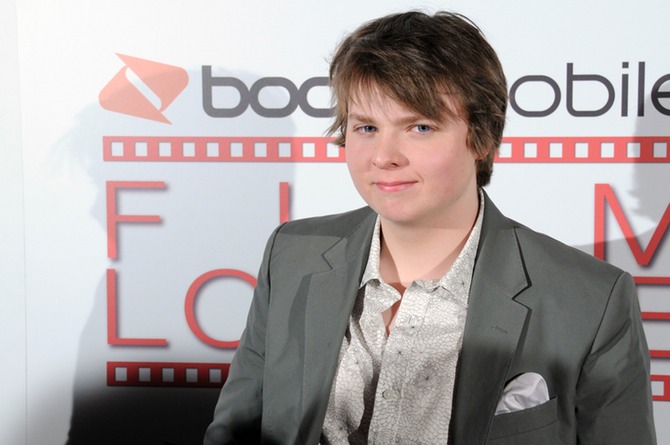 Former child actor Spencer Breslin starred in several films in the early 2000s. His career since then has been somewhat lackluster. The 23 year old actor/musician has had a myriad of projects over the years, but he has never matched the recognition he received for his early film work. So where is he these days?

Spencer Breslin was born on May 18th 1992 in New York. His parents, Kim and Michael Breslin, are a personal manager and telecommunications expert respectively. Spencer is the middle child, he has an older brother, Ryan, and a younger sister, Abigail Breslin, who is also an actor. Spencer was discovered when he was three, in a New York playground. He appeared in commercials for MacDonald’s and Life cereal.

In 1997 he made his television debut in a three episode long season of ABC’s “Soul Man”. The show starred Dan Aykroyd as a widowed Episcopalian Priest raising his four children. Spencer played the youngest child, Fred Weber. He was replaced for the second season by Michael Finiguerra. He moved on to guest star in many shows, including “Law and Order” and the three part miniseries “Stephen King’s Storm of the Century”.

His most enduring role is the 2000 Bruce Willis film “Disney’s The Kid”. The cult film received mixed reviews from critics upon first release, but has something of a following these days. The film stars Bruce Willis as an unethical image consultant who finds a young boy in his home. The film is a little bit like that video where the thirty year old talks to himself as a child via a video he made at that age. Spencer Breslin won a Young Artist Award and received a Saturn Award.

He went on to play a little boy in “Meet the Parents” and Curtis the Elf in the “Santa Claus 2: The Mrs Claus”. This would be the first of his four collaborations with Tim Allen, a man for whom he has expressed the utmost admiration for. He then appeared in several made for TV movies before returning to the big screen in 2003 for the Mike Myers vehicle “The Cat in the Hat”.

Taking its cue from the successful adaptation of “The Grinch”, “The Cat in the Hat” was very poorly received by critics, though it did manage to turn a profit at the box office. Barely. In 2004 Spencer Breslin would appear as a regular on the sitcom “Center of the Universe” with John Goodman. The show did not last long, he went on to guest on “Wonderfalls”. His next three films would be his Tim Allen flicks. All released in 2006, “The Shaggy Dog”, “Zoom” and “The Santa Claus 3: The Escape Claus”. While “Zoom” was not a financial success the other two were extremely successful.

His work since then has not been of any particular note. He has made music since at least 2008, releasing a folk rock record in 2012. The record was recorded by 16 year old Breslin several years before publication. He wrote and performed all the music on the record.

What is Spencer Breslin Doing Now?

Last year he starred in the poorly received horror film “Some Kind of Hate”. It is likely he will continue to act, though he has no new projects announced. He has written and directed a few short films in the last few years. He hosts an AMA every year, where he answers the question “Is Tim Allen Nice?” over and over. He keeps regularly updated Twitter, instagram, Facebook accounts. He also releases music periodically via his Bandcamp.