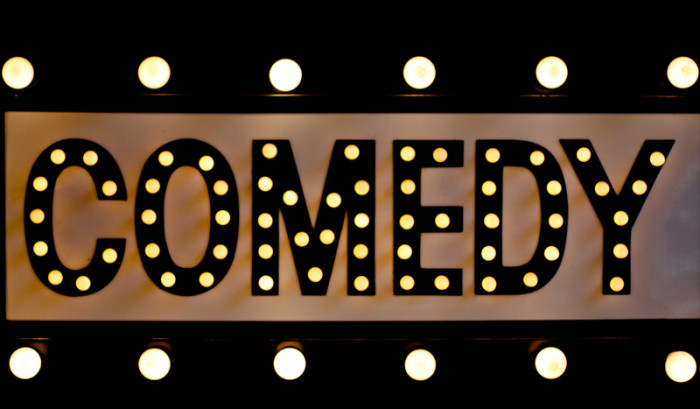 Everybody loves to laugh. And we’re wiling to pay a lot of money to whomever is the best at making us laugh. But it tends to be a subjective thing, what I find funny you may find crass, or boring or just silly. The people on this list have somehow managed to hit on formulas that most people find hilarious, coupled with savvy investments. So this is by no means a list of the funniest people on the planet, it is merely a list of the funny folk who have been able to capitalize on their mass appeal and turn it into an incredible amount of money. So let’s take a look at the top ten wealthiest people in comedy. 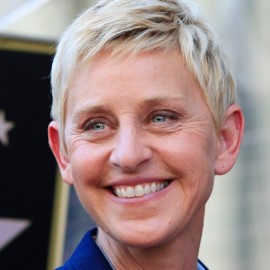 Comedian, talk show host, actor, writer, producer and the only woman on this list. Ellen DeGeneres has been making us laugh for nearly forty years. Her comedy career was the basis for her highly successful sitcom, titled “Ellen”, back in 1994. During a career high in 1997 she came out as a lesbian, both in real life and in her sitcom. The move prompted ABC, the company who produced “Ellen” to place a parental advisory warning at the beginning of each episode. She makes most of your money these days hosting the successful syndicated talk show “The Ellen DeGeneres Show”, with an annual income of roughly $65 Million. 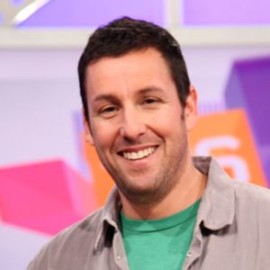 A Saturday Night Live alum whose films have grossed more than $2 billion worldwide. He rose to stardom after the release of the cult hit “Billy Madison” in 1995, and a string of hit films followed. Sandler is known for his infantile personas and his exploration of adults with arrested development. While it is arguable that his more recent films have been less than fantastic, people still flock to the cinema to watch them. In 1999 he formed Happy Madison Productions, to produce not only his own films but also a few TV shows. Every film produced by the production house has received overwhelmingly negative reviews. Adam Sandler typical makes $20 million per role. 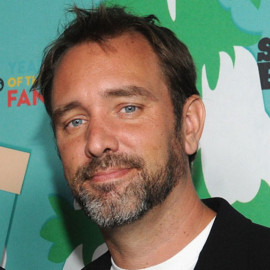 One half of the duo that brought us the critically acclaimed comedy “South Park”. Matt and Trey are both worth $300 Million. they created “South Park” in 1997 for the then fledgling cable channel Comedy Central. The pilot cost a mere $300,000 and was hand animated using stop motion paper animation. It was an instant, and enduring, success and has become a multi million dollar business, selling T-Shirts and merchandise. In addition to “South Park” the two have made several films and even a hit musical. Trey lives in a seven bedroom mansion in Los Angeles, valued at $13 million. 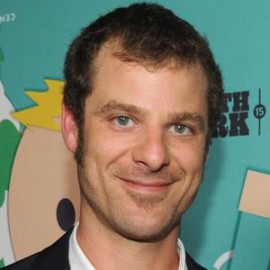 Not much can be written here that wasn’t written for Trey. Matt is the other half of the creative duo that brought us hits like “South Park”, “Team America” and “The Book of Mormon”. On the show that he is most famous for he provides the voice to the vast majority of the characters. A feat accomplished these days by down pitching their regular voice, unlike the old days when they would speak in falsetto. Both he and Trey have excellent contracts with comedy central regarding the revenue split, 50/50 between the network and the creators, worth and estimated $75 million. He currently lives in a compact three bedroom home worth $3.25 million. Its location is a secret. 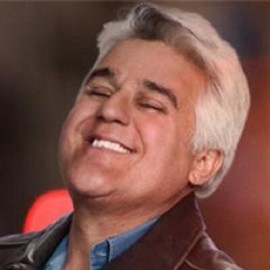 Stand up comedian turned talk show host turn stand up comedian, Jay Leno has been gracing our screens in some form or another for the last forty three years. He began his career in stand up the same way most do, by being funny enough to not get booed of the stage. He made his first appearance on “The Tonight Show” in 1977 performing stand up, back when Johnny Carson was the host. He stood in for Carson on numerous occasions before replacing him in 1992. The move cause some controversy at the time, as David Letterman had been expected to take over the position. He stepped down from “The Tonight Show” in 2014, to be replaced by Jimmy Fallon. Since then he has been touring as a Stand up again, full circle, eh? 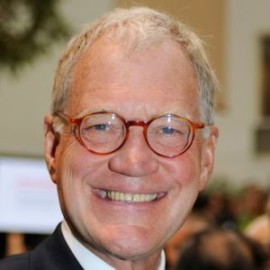 Another talk show host with a vast fortune. David Letterman began his career as a news anchor and weatherman for WNTS radio in Indianapolis. He was known for his humorous interpretations of the weather, and his ability to make witty off the cuff remarks. He moved to Los Angeles in the mid-seventies to be a comedy writer and started stand up not long after. He was soon a regular on “The Tonight Show Starring Johnny Carson”. Carson would become a friend and confidant of the young Letterman. He was soon given a morning show, which was critically acclaimed. He followed that up with “Late Night With David Letterman”, which aired after Carson’s show. When Johnny Carson it was expected that David would take over the hosting duties for “The Tonight Show”, when it was given to Jay Leno instead, Letterman jumped ship for CBS to host a rival show, “Late Show With David Letterman”. He retired in May of last year, with Stephen Colbert taking over as host. 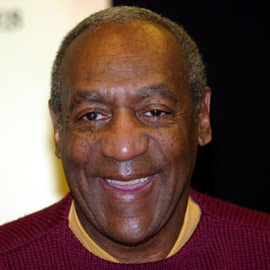 Comedian Bill Cosby hit big in the mid sixties when he starred in the buddy spy adventure series “I Spy”. He created the Fat Albert character for his comedy routines in the late sixties, and was able to get it made into a children’s cartoon. From 1972 until 1985 “Fat Albert and the Cosby Kids” educated and entertained children everywhere. Cosby gained increased recognition in the seventies for his film work, but it was when he created “The Cosby Show” in 1984 that he gained wide spread appeal. He went on to make several shows in a similar vein up until the year 2000. In recent years he has been mired in litigation over allegations of sexual misconduct. More than fifty women have accused him of a myriad of sex crimes, ranging from rape to sexual battery. He was released on $1 million bail in December of 2015. 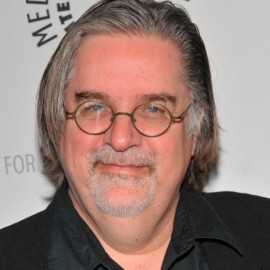 Creator of not one, but two beloved animated comedy shows, Matt Groening is a legend in the business. He created the comic strip Life In Hell in 1977. At its height the strip ran in over 250 newspapers and caught the attention of writer and producer James L. Brooks, who soon met with Groening to ask him to produce a few short cartoons for “The Tracy Ullman Show”. Originally he wanted him to adapt Life In Hell, but fearing a loss of ownership, Matt instead pitched his idea for a dysfunctional family and “The Simpsons’ was born. “The Tracy Ullman” show faded into obscurity, but “The Simpsons” is still going strong to this day. In addition to “The Simpsons” Matt is famous for creating “Futurama”, one of the cleverest shows ever made. It is estimated that Matt pulled in $58 million last year. 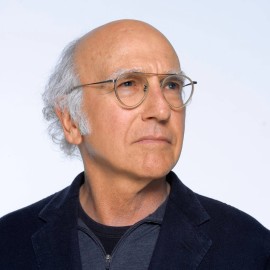 Co-creator and head writer of one of the most successful comedy shows of all time. Seinfeld. Larry David teamed up with Jerry Seinfeld to produce a pilot for NBC. “The Seinfeld Chronicles” was the result of that partnership. Originally NBC was trepidation about producing a show that didn’t seem to be about anything, little did they know that they were sitting on a gold mine. Every sitcom made since owes some measure of its success to “Seinfeld”. Larry would go on to create “Curb Your Enthusiasm”, starring a semi-fictional version of himself. The show received wide-spread critical acclaim. David makes most of his money from the syndication of “Seinfeld”, in addition to DVD sales. It is estimated that on the day “Seinfeld” went into syndication, Larry made in excess of $650 million. 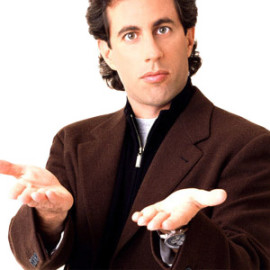 The big kahuna of the comedy world. Jerry Seinfeld lends his name and his talent to one of the most successful sitcoms of all time. NBC’s “Seinfeld” is the most influential comedy show ever made, and the Jerry still makes a killing off of it. From syndication, to DVD sales anytime someone mentions the word, he gets a check. After “Seinfeld” ended Jerry went right back to stand up, so unlike others in his field he did not go in for a lucrative television or movie career. It didn’t seem to matter though. These days he host a car show, where celebrities drive one of his many vehicles to go get a cup of coffee. The show has been very successful.

So there we are, the top ten richest comedians. So what do you think? Great genius of the guffaw or overrated hacks? Be sure to leave a comment to let me know.