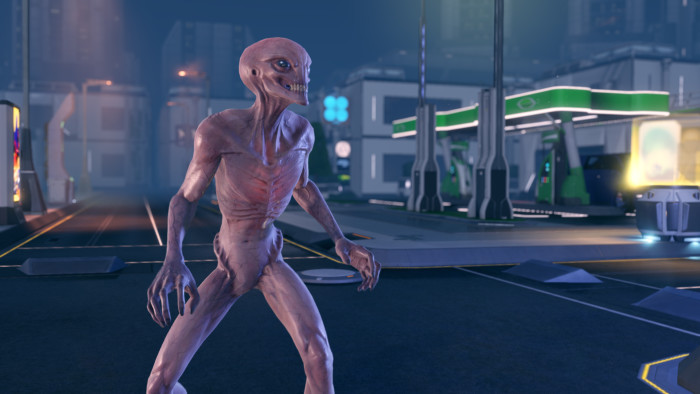 They say you miss 100% of the shots you don’t take. In X-Com I tend to miss 90% of the shots I do take. Seriously, there are few things as frustrating as missing a sure thing. In spite of that short coming, Firaxis’ sequel to the 2009 reboot of the X-Com franchise is still a masterclass in tactical RPG design.

Like the previous entry in the series, you take on the role of The Commander in the X-Com military force. Where in the last game you were a global initiative set up to prevent an alien invasion, now you are a paramilitary force fighting against an oppressive Alien regime. Regardless of that major change to the the premise, the fundamental game play remains largely unchanged from X-Com: Enemy Unknown. You still research new tech, deploy troops and give orders. With the addition of stealth elements one would think X-Com 2 was trying to create a more methodical game than its predecessor, but this new feature feels at odds with the new emphasis on hit and run tactics, exemplified by all of the timed missions in the game.

X-Com 2 is a great game, but it isn’t a limitless one. When you find yourself done with the game I’m sure you’ll be looking for something in the same vein to sink your teeth into. Well you don;t have to go far, as I’ve compiled a list of some of the best strategy RPGs on the market. 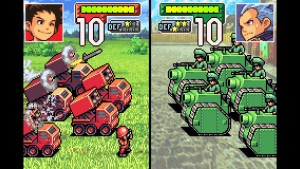 This one isn’t an RPG. It’s a straight up strategy game, and I would say it’s one of the best. Don’t let its cutesy visuals fool you. Advance Wars, any of them, is one of the hardest games out there. You take on the role of a commander and must direct your troops around the battlefield, out flanking the enemy to accomplish whatever the goal of the map is. The plot isn’t much to write home about, but is engaging enough. Each commander has a special ability that they can call upon when you get enough kills, and some of them are real game changers. The usual goal is to capture the enemy base, or last a certain number of turns. If you want a real strategy gem, then consider picking up an Advance War game. 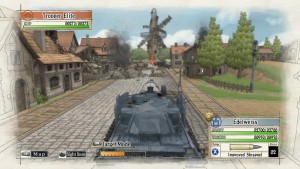 When it comes to games with outstanding art direction, few hold a candle to Valkyria Chronicles. While the anime look may be old hat at this point, the games render engine, made by Sega, is hands down on of the most interesting and beautiful I have ever seen. The whole game looks like a pencil painting in motion, so It’s not much of a surprise that it’s been remastered so much. The PC version was released only last year, and a new remastered edition, likely looking no better than the Steam release, will come out in May. The game play differs slightly from X-Com, being a blend of turn based decision making and real time movement/aiming. It has the same class based character structure, and a terrific story to boot. In what seems to be a theme for the genre, it also has a form of perma-death, if a character is not revived he’s gone for good. It’s those kinds of edge of the seat moments that makes these games so exhilarating to play. 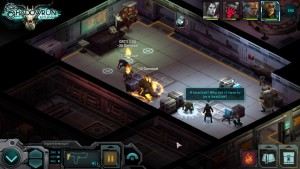 A bit of a different fell for this one, Shadowrun Returns leans more on the RPG side of the Strategy RPG fence. The combat has the same meticulous maneuvering fans of X-Com have come to love, and while you control the whole team, you play a specific character.  You start the game by customizing your PC, choosing their race, human, elf etc, and selecting a class. Want to be a cyborg samurai slicing up the competition? Go ahead! Want to slice your way into computer terminals and control enemy machines? You can do that too. The number of options for player customization and your role is wonderful. Unlike the pen and paper game that it’s based on, Shadowrun Returns is largely a linear experience. The story is interesting, but I feel like it could have been improved with a little more freedom to explore its unique setting. There are a few mods out there that seek to make the game more like the tabletop game, and I cannot recommend them enough. There are three standalone titles in the newest Shadowrun series, so if you fall in love with this one, you’ll have plenty more to play. 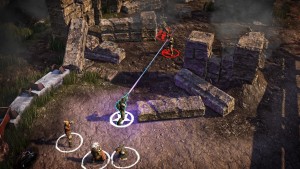 Released twenty five years after the first game, Wasteland 2 is one of the best sRPGs I have ever had the good fortune to play. Like Shadowrun Returns, the focus here is more on story than on turn based tactical combat. Unlike Shadowrun Returns this game doesn’t skimp of the tactical depth. While the vanilla release was marred by bugs and lackluster combat, the updated Wasteland 2 Director’s Cut is a treasure trove of interesting stories and involved tactical thinking. Set in a post apocalyptic Arizona desert, you create a group of four rangers and go out into the world to bring law to the lawless wasteland. Some excellent writing, and of course, perma-death, make this game well worth playing. As I mentioned, make sure you’re getting the updated Director’s Cut rather than the original release. 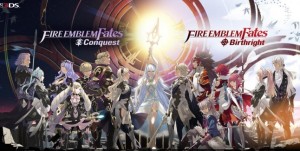 Honestly, any of the Fire Emblem games would do here, but the most recent game in the series has done something fairly unique. It has been released more like a Pokemon game, that is to say in multiple parts. Fire Emblem Birthright is a wonderful introduction to Fire Emblem, being the easiest of the three. Conquest is much more unforgiving, perfect for sRPG veterans, as all who have finished X-Com 2 should be by now. Revaluations is DLC for both games, and is something of a middle ground. Fire Emblem is a fantasy sRPG, swords and sorcery style. It has endearing art direction and wonderfully difficult game play. Anyone familiar with X-Com should be able to pick up and play immediately. Like X-Com the games default mode has perma-death for your characters, so be careful and pick your moves wisely.

There we have them, five games like X-Com that should sate you appetite for tactical role playing fun. This list is by o means exhaustive. There are plenty of tactical RPGs out there that offer the same kinds of experience that these do. I would suggest checking out the classic Final Fantasy Tactics, Tactics Ogre and any of the Disgaea games when you’re done with these, for some reason Japan produces more of these kinds of games than most. So what do you think? Agree? Disagree? Leave a comment and let me know.