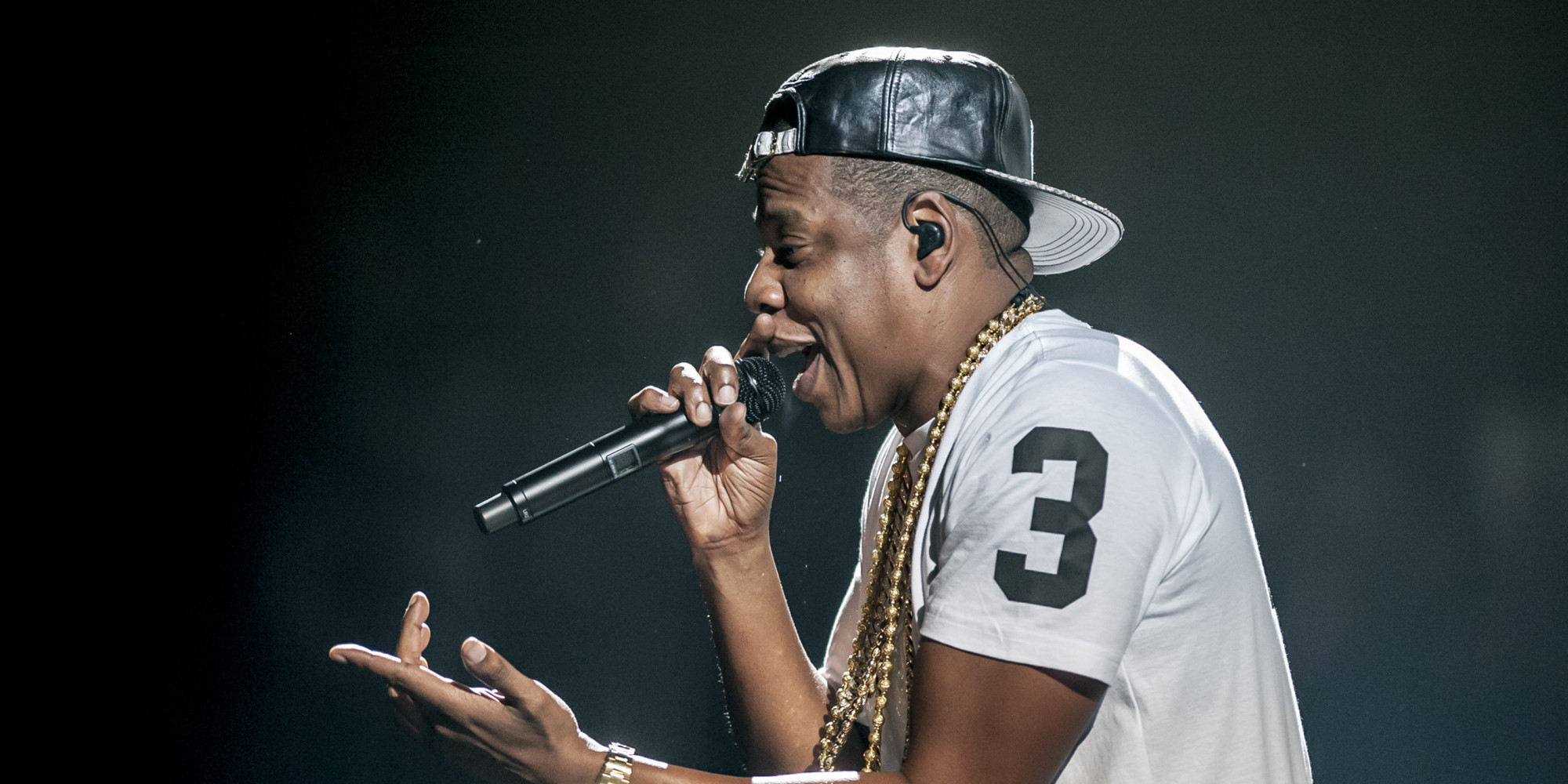 Jay-Z has one of the most authentic rags to riches back stories in the history of hip-hop. Shawn Corey Carter, now forty-six years old, was raised in a housing project in New York by a single mother. He reportedly sold crack cocaine to support himself and his family as a youth. In the mid-90s, he founded his own record label, and released his critically acclaimed “Reasonable Doubt” album. He would follow that album with a number of very popular albums on his way to becoming one of the highest selling musical artists of all time. He is currently the third richest rapper in the world, behind only Diddy and Dr Dre.

Like Diddy and Dr Dre, he has branched outside of music to make large chunks of his money. Jay Z has been involved in restaurants, clothing, sporting teams, acting, and more. Though he is worth around half of a billion dollars, his net worth is eclipsed by his wife Beyonce, who is said to be worth around $650 million. As a combo, the pair are worth well over a billion dollars, making them arguably the most powerful couple in entertainment.

Jay Z’s net worth this year is estimated to be $550 million. It can be hard to keep track of all the different money-making schemes Hova has his hands in, but his most consistent money-maker over his life has been his music. He is said to have made in the range of $80 million from record sales over his career. Another $240 million in career earnings have come from his tours. The rest of his earnings have come in the form of endorsement deals and business deals. Many people expect that if Jay Z can continue making money like he has in the past, he will become a billionaire in his lifetime. Jay Z is said to have made $56 million in 2015, including a ridiculous $5 million per night for his joint tour with Beyonce.

Jay Z’s first album, “Reasonable Doubt” went platinum, immediately establishing his influence and grip on the world of hip-hop. From there, each album represented a gain in sales. His sophomore album “In My Lifetime Vol. 1” had a more commercial sound than his debut, and also went platinum. His third release, “Vol. 2” represented a true breakthrough into superstar status for the young rapper, going platinum five times over. From there, all of Jay Z’s releases in the late 1990s sold in excess of a million copies. He became known for using the best beat-makers in the world at the time, including Swizz Beats and Timbaland. In the early 2000s, he started working with then-unknown beat-makers like Kanye West, Just Blaze, and The Neptunes. Those three, especially Kanye West, would go on to have very successful careers after working with Jay Z.

The early 2000s saw Jay Z release one of his landmark albums, “The Blueprint,” which was 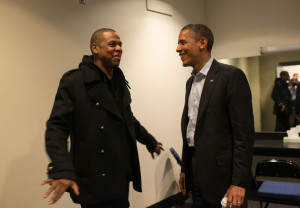 able to sell well despite its release being overshadowed by the September 11 attacks on New York City. The album put up great numbers, but would be outsold the next year by its follow up “The Blueprint 2.” In 2003, Jay Z released the “Black Album,” which spawned huge hits like “Dirt Off Your Shoulder,” and “99 Problems.” He continued to work with producers like Just Blaze, Kanye West, The Neptunes, as well as Rick Rubin. In late 2003, he had a “retirement concert” at Madison Square Garden with many special guests. The concert was celebrating his career, as he claimed that he was retiring from making albums. We now know that this wasn’t true at all, but at the time many believed that Jay Z was finished making records. In 2004, Jay Z became the president of Def Jam Records, one of the most influential record labels in the United States.

In 2006, after only two years since announcing his retirement, Jay Z made his return with the album “Kingdom Come,” which became his fastest selling album, selling nearly 700 000 copies in its first week. He would continue to release albums up until his latest album, “Magna Carta Holy Grail” which was released in 2013. Every album Jay Z has released to date has at least gone platinum, and he has sold over a hundred million albums overall. He has also amassed twenty-one Grammy awards, as well as a record for number one albums on the Billboard 200 by a solo performer with thirteen.

What Businesses Does Jay Z Own? The Full List for 2016

Jay Z clearly could have supported himself sufficiently using only music, but instead he has chosen to constantly push things forward. He used to own the clothing brand Rocawear, but he sold the rights to the company for $200 million dollars in 2006. He still remains with the brand in more of an advisory role. He co-owns three upscale clubs in cities across the United States. He owns part of a line of beauty products, and he used to have a stake in the Barclay Centre sports arena.

He’s involved in a real estate developing company. He’s a co-brand director for Budweiser, serving in some kind of marketing and promotion capacity. He’s a partial owner of the Brooklyn Nets basketball team, serving as a kind of representative for the team like Drake does for the Toronto Raptors.

Perhaps Jay Z’s most publicized business venture in recent years was his acquisition of the Norwegian media company Aspiro and their music streaming service Tidal. Jay Z paid $56 million for Tidal back in 2014. He has branded the service as a lossless, high-quality music streaming service, attempting to provide a more deluxe experience than competitors like Spotify and Apple Music. Tidal has not been smooth sailings for Jay Z so far. Far fewer people have signed up for the service than it would seem he expected. On top of that, Tidal has faced multiple lawsuits. They’re being sued by the band American Dollar for allegedly failing to pay royalties for streams. They were sued by Lil Wayne’s company for releasing his album without permission. Apple threatened to sue Tidal for streaming a Drake benefit concert that they apparently didn’t have the rights to. Tidal has gone through three different CEOs in the last year, and it seems as though it may be a rare bad business move on Jay Z’s part. Another example of a failed business move by Jay Z came when he was sued for $18 million from a cologne brand that he was endorsing because he failed to spend enough of his time plugging the cologne in public appearances. 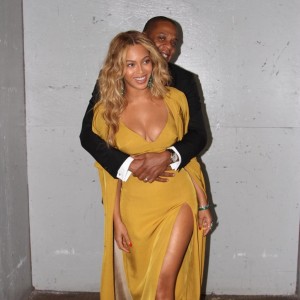 In the early 2000s, Jay Z and Beyonce Knowles collaborated on a variety of hit songs, including “03 Bonnie & Clyde” and “Crazy In Love.” Over the years, rumours began to formulate that the pair were in a relationship, but they were very secretive about their personal lives. In 2008, it became public knowledge that Beyonce and Jay Z had indeed gotten married. They were ranked as Time Magazine’s most powerful couple in 2006, and Forbes’ top earning couple in 2009. Beyonce gave birth to the pair’s first child, Blue Ivy Carter, in 2012. There are currently rumours among those interested in the couple’s affairs that Beyonce may be pregnant with a second child presently.

When Jay Z retired from rapping for a few years back in 2003, he began to get involved in charity work and philanthropic activity. He established a foundation that funds kids from underprivileged backgrounds to help them finance their educational pursuits. He donated a million dollars to help the relief efforts in Louisiana after Hurricane Katrina. It is also suspected by some that Jay Z has made anonymous donations to various efforts, as he has been quoted as saying that the greatest form of giving is anonymous. Jay Z has been criticized by some for not being charitable enough. For example, it was reported that he only gave $6000 in one year that he earned over sixty million dollars personally.

Over Jay Z’s long career, he has had several run-ins with the law, as well as high-profile feuds with other artists. Back in 1999, Jay Z stabbed a music producer at a night club in New York because he thought the producer had leaked his album. Jay Z surrendered himself to police after the incident and was released on $50 000 bail. He pleaded not guilty for the stabbing but guilty to a misdemeanour charge, and was given three years of probation for the stabbing.

In the early 2000s, Jay Z was involved in one of the most famous rap beefs in history. He and fellow New York-based rapper Nas traded diss tracks about each other and slammed each other in public comments. Jay Z and Nas would go on to settle the dispute peacefully, eventually performing on stage together in a show of friendship.