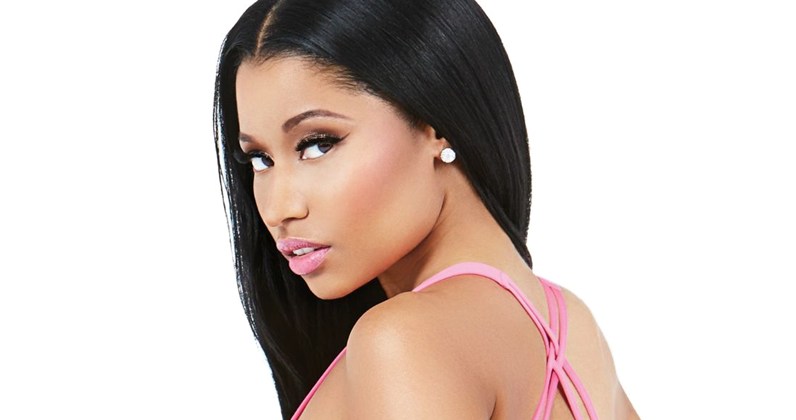 Despite having a difficult childhood Nicki Minaj endured it all while showing her determination in fulfilling her dream of singing. Now she’s an award-winning rapper while earning millions with her fast-paced rhyme spitting coupled by her numerous endorsements. She is very recognizable with her assortment of colorful wigs and outfits, not to mention her collection of alter egos that sometimes take the wheel in some of her songs.

Read on and find out how she made her fortune:

How did Nicki Minaj make her money & wealth 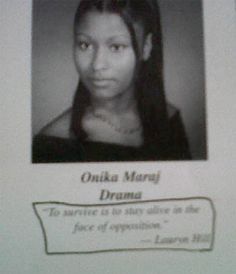 Onika Tanya Manaj was born on December 08, 1982 in Saint James, Trinidad and Tobago where she lived with her grandmother until she was five years of age.

She grew up to a traumatic childhood as her father struggled with alcoholism, crack, and anger issues. There were many instances of arguing between her parents that escalated into the police being called one too many times. Her father even tried to burn their house to the ground while her mother was still inside. Later on her father went to rehab and started to attend church. Minaj claimed that these actions turned her father’s life around. Because of the things she and her mother went through, female empowerment became one of the things Minaj focused on in her career.

Her family later on moved to Queens, New York and she was enrolled in LaGuardia High School to pursue her dream of singing and acting. She managed to have a role in an Off-Broadway play titled In Case You Forget but her dreams of acting did not gain any momentum after that. She then took odd jobs ranging from being an assistant to a waitress but she always got fired for the sole reason of customer discourtesy. Minaj then turned towards her second passion.

She started her singing career by being the backup vocals of many local rappers in New York. She worked with a Brooklyn-based R&B group named Full Force. Later on she began to release songs which were uploaded on her Myspace account while using the name Nicki Maraj. Her efforts caught the eye of Dirty Money Entertainment’s CEO Fendi who signed her up to the label and change her name to Nicki Minaj.

Her appearance on the DVD series “The Come Up” caught the eyes of famed rapper Lil Wayne who then signed her up for his label Young Money. The pair collaborated on award-winning mixtapes that earned Minaj spots in the Billboard hip-hop charts. She eventually released her first album Pink Friday on November 19, 2010 which included one of her most famous songs “Super Bass”.

Two years later her second album Pink Friday: Roman Reloaded was released on April 02, 2012. The chart-topping album came with hits like “Starships” and “Pound the Alarm”. The Pinkprint is Minaj’s third album which was released on December 12, 2014 with the gluteus maximus-maximum “Anaconda” being its second single and her highest charting song in the US up to this moment.

Aside from her musical ventures Minaj released her own perfume brand with bottles shaped in her likeness. She also has a line of affordable clothing and household items in Kmart, cosmetic products under the OPI and MAC brands, and a wine beverage infused with fruit named Myx Fusions. She helped introduce products from Nokia and Casio and appeared in ads for Beats Electronics, Pepsi, and Adidas Originals. She was chosen as the model for the 2015 spring and summer campaign of the Roberto Cavalli fashion brand.

Minaj is a stakeholder along with a couple other artists in the high-definition music streaming service called Tidal. She was offered 3% of the service’s profit in exchange for promotion and exclusive content.

No. She was in a relationship with fellow rapper Safaree “SB” Samuels but the two broke off after being together for 12 years. Now she is dating rapper Meek Mill who is notorious for his beef with Drake.

Does Nicki Minaj have kids?

No but in her single “All Things Go” she referenced having an abortion while she was 15 years old. The song also referenced the murder of her cousin Nicholas Telemaque.

Where did Nicki Minaj go to College?

She did not attend college. She went on to work odd jobs and finding record deals after graduating high school.

How much did Nicki Minaj earn last year?

Minaj earned $21 million last year. 2013 saw her highest earnings with $29 million thanks to her multiple endorsements, her time spent in American Idol, and of course her tours and sales from products and records.

Where does Nicki Minaj live?

Minaj lives in her “Malibu Monster House” that is claimed to be at around $11.8 million with numerous bedrooms and fireplaces set on 6,800 square feet. With the wealth she amassed from her career, Minaj also has a trio of cars (Range Rover, Bentley Continental GT, and Lamborghini Aventador) splashed in pink.

Toy company Mattel produced a limited edition Barbie Doll that was crafted to accurately resemble Minaj. It was put up for auction on CharityBuzz.com in December 2011. Earnings were donated to Project Angel Food, a non-profit organization that feeds the critically-ill for free.

On November 19, 2012 Nicki paid a visit to her alma mater P.S.45 in Queens where she gave Thanksgiving turkeys for free with radio station HOT 97 and its Hip Hop Has Heart Foundation. During this week she donated $15,000 to New York City’s Food Bank, an organization that feeds the needy citizens.

In 2012 she worked with Ricky Martin to promote MAC Cosmetics’ Viva Glam products in which the proceeds went directly to the MAC AIDS fund. The two helped the campaign raise $250 million. Nicki was the spokesperson for MAC’s 2013 campaign where she also released a lavender pink lipstick with the sales again going to the MAC AIDS fund.

Along with other notable artists, Minaj provided a pre-recorded message to the Wake Up and Get Schooled program of the Get Schooled Foundation. The program seeks to encourage students through motivational messages from their idols. It is still ongoing and has been claimed to reduce truancy and absenteeism.

She is the only female rapper to appear on the Hip Hop Cash Kings list of Forbes. The list showed her earnings from the years 2011 to 2014.

Minaj won the BET (Black Entertainment Television) Award for Best Hip-Hop Artist for six years straight, making her the only rapper to do so. She also had seven entries simultaneously chart on the Billboard Hot 100.  She has won a total of 90 awards and 205 nominations throughout her career.

What’s with her name?

During her rough childhood Nicki relied on making alter-egos as a form of escapism. Her first was named Cookie, followed by Harajuku Barbie, and then Nicki Minaj. Her other alter egos include Nicki Teresa and Roman Zolanski. She even paired with Eminem’s Slim Shady in a collaboration of alter egos at the song “Roman’s Revenge”.