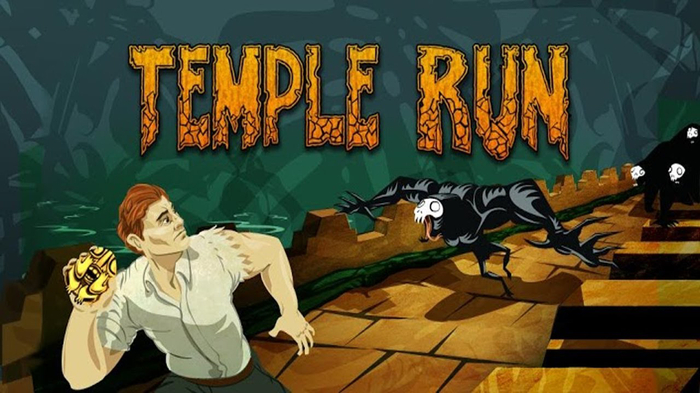 With the mobile game market exploding with various titles and various genres, mobile device owners have a wide array of titles and games to choose from. From trivia games like Trivia Crack and Quiz Up to sports titles like Madden NFL Mobile and Fifa 16 there is a game title for all needs. One genre of mobile games that exploded around 3 years ago is the fabled Temple Run. Belonging to the endless runner genre of games Temple instantly became one of the most popular mobile games on both the IOS appstore and Google Play store. For those that didn’t know the objective in Temple Run is to keep running as long as you can while collecting coins and power ups along the way; just don’t take it too lightly as you have to dodge various obstacles while being chased by monkeys!

Like most games, mobile or console or PC, everyone likes to win and hold the title of best. The rush and feeling you get when you finally reach a score of one million in Temple Run just pushes you that much further in your desire to run for the highest score you can get. But, like most games, Temple Run isn’t an easy game for you to leisurely play; as your run progresses the speed slowly begins to creep up on you testing your reflexes. Once you finally run into the flames or get caught by the following monkeys, it is natural to feel frustrated. Thankfully we have some tips and tricks, and even some cheats, to up your Temple Run game to prevent this anger from occurring as frequent. 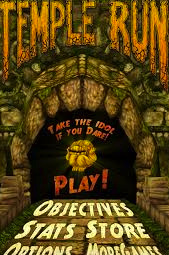 The free-run cheat allows the user to run indefinitely in a straight line with no obstacles; however you are still being chased by the monkeys. To implement this cheat into your game, go into your settings and turn on tutorial mode. Then start up a run and slide your finger 3 times really fast in the correct direction and your character will rotate around and then go in a straight line. Now you can set your phone day and run all day and night!

Yeah this tip is cliche and over said but in a fast paced, reactive game like Temple Run, this advice has never been more true. Once you experience all of the different areas and obstacles that Temple Run has to offer, you’ll be prepared for anything the game has to throw at you. Then no matter how fast you’re going you know when you can jump, slide, tilt, etc…

Save up them coins

I know that getting new characters is very tempting. We’ve seen with popular MOBA’s like League of Legends and Heroes of the Storm, people will buy skins to alter their characters appearance, even though the skin doesn’t really alter the gameplay and skill level. Instead of buying a new character with your hard earned coins, buy various upgrades to increase your performance in game. One of the upgrades is the amount of coins you collect as you reach various distances. I strongly recommend that you begin upgrading this trait first so that way you can earn coins faster so that eventually you can unlock that new character after you established a well rounded character trait base.

Breathe in, breathe out.

Like the aforementioned rage that comes from failure of a massively long run, when the action heats up in Temple Run you can easily get overwhelmed. When you first start your run you start as a nice and easy jog, but then you begin the growing descent into super speed as you run for your life and for the highest score you can achieve. Once this speed kicks into high gear don’t panic and swipe all over the place as you run faster and faster. If you keep yourself calm and your hands and fingers steady, you will be better at reacting to the obstacles coming at you no matter the speed.

Plan out your run 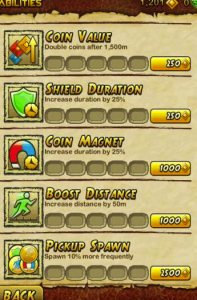 While the obstacles and path your character takes are randomly made throughout your run, you can plan ahead to what the purpose of this run will be. Will it be to get your highest score or will it be to collect as many coins as possible to upgrade your perks. If you try to do both you will be putting yourself in danger of failing either task or both as this will surely lead to a slow and anger filled demise. When you’re trying to beat your highscore, you don’t want to put yourself in dangerous situations just to get some coins. Although this method does take longer and require you to play more, it will maximize your efficiency when playing Temple Run. When you’re spending less time on bad runs, you can micromanage each run by setting a plan or a goal to achieve with this run.

When you come across the different obstacles you’ll figure out how to pass them. This goes hand in hand with the aforementioned “Practice. Practice. Practice.” tip. But once your get on an extremely long run you may be able to pick up on a pattern. Once you go on long runs you’ll get to a point where the obstacles repeat for up to 3 times in a row. Make sure you begin to pick up on this pattern as it can help you prepare for the obstacles to come. It may seem like a stretch but the game does tend to stack the same obstacles in rapid succession in order to mess you up. 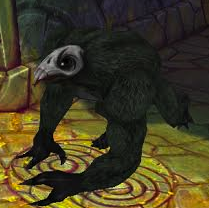 For those who don’t like going extremely fast in the latter half of a long run there is a little trick you can do to slow yourself down. If you hit into the wall and trip yourself once, it will slow your character down allowing you to take a quick break to catch your breath. However you need to be extremely careful when doing this because if you trip twice in rapid succession you will get caught by the monkeys and your run will be over.

The best tip you can have with any game is to play it smart. Don’t go and try to grab a single coin if you’re going to die and end your run as it is a waste of time and will just make you play longer. More importantly if you just grabbed a power up like the invisibility, don’t keep jumping up and down when you start flashing as the power up starts to die; keep jumping up and down and bam out of nowhere you aren’t invisible and you crashed into one of the many obstacles found in the game.