Qubits Shark Tank Update – See What They Are Doing Now 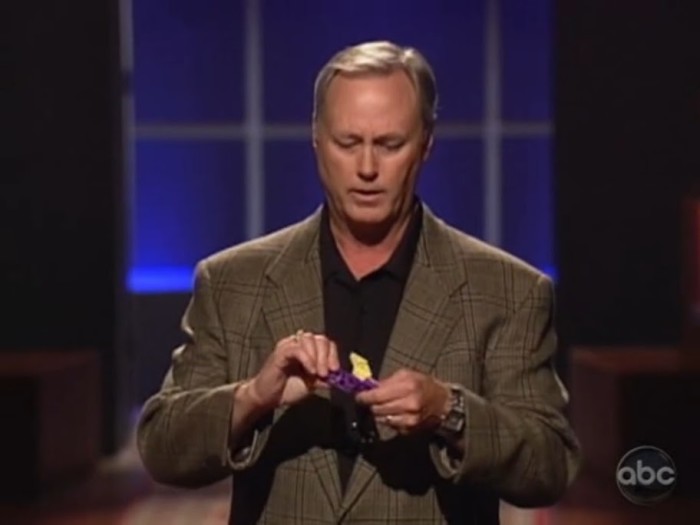 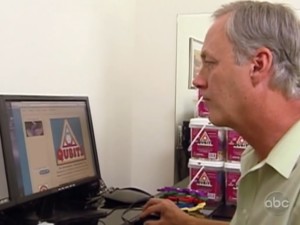 Mark Burginger hopes to share his love for architecture, and inspire children with his product. Mark Burginger is from Bend, Oregon, and he is the creator of Qubits, which is a construction toy for kids. Mark states that he works as an architect, and like many people, he played with construction toys when he was a kid. He states that he thinks it influenced him to become an architect, in the first place.

Currently, with the slow economy, architectural jobs are very hard to come by. Once Mark started to accumulate some debt, it put a load on himself, put a load on his wife, and even his kids are being affected by it. Mark Burginger states that he is semi-employed, got sixty thousand dollars’ worth of debt, and he got a garage full of Qubits. He states that the Shark Tank is his last hope, and he is hoping to get an investment from them.

“Mark Burginger walks confidently and stands in front of the Sharks”

Mark Burginger starts his presentation by introducing himself, and states that his invention is a construction toy called Qubits. Mark says that he is seeking an investment of ninety thousand dollars, in exchange for a fifty one percent stake in his company. Mark Burginger continues his presentation by explaining what is so unique about Qubits, which is a small and flexible toy that allows you to create curve shapes, unlike any other toy in the world.

Mark Burginger states that the Qubits are quite easy to put together, as you just secure them with a connector. You can use your own imagination and the different Qubits parts to construct whatever you wish, and it is fairly easy to do.

“Barbara Corcoran asks Mark Burginger to give them some of the Qubits creations that he has brought with him, in order to be able to feel them and see them up close”

Robert Herjavec states that he is suspicious, even though that Mark Burginger looks like a trustworthy person. Robert Herjavec says that it is very rare that a person on Shark Tank voluntarily gives up fifty one percent control of his or her company. He asks Mark Burginger why he is willing to give up the majority of his company. 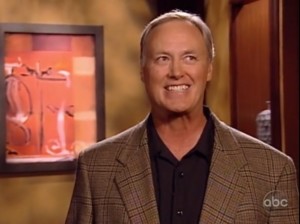 Mark Burginger answers the question by saying that there are a couple of reasons. The first reason is because he is smart. The second reason is that he wants to put together the best board of directors anyone could ever imagine, for this company. Mark states that he would be only able to do that, if he would give up the majority share in Qubits.

“Daymond John asks Mark Burginger if he has a patent on Qubits, and if there are other toys that bend and twist like Qubits”

Mark Burginger answers the questions by saying that he has a patent on Qubits, and that there are no other toys like Qubits, at least not to his knowledge.

Mark Burginger states that it was a creative endeavor that he had on his mind for a long time. He states that you can create natural structures with Qubits, which also relate directly to science.

Mark Burginger answers the questions by stating that Qubits have been on the market since November 2007, and he has managed to sale about eight thousand dollars’ worth of toys, ever since he began.

“Kevin O’Leary and Robert Herjavec seem very shocked with how low the amount of sales have been, since Qubits hit the market”

Kevin O’Leary states that the market is owned by LEGO, which has been the construction toy for decades, and owns all of the market share. Kevin states that the trouble with this business is getting distribution, and yes, it is a large business, because every child likes to play with these blocks.

“Kevin O’Leary asks Mark Burginger if he went to any of the large toy companies with Qubits, and showed them what he has created”

Mark Burginger answers the question by saying no, and that he has not approached any large toy companies.

Mark Burginger answers the question by saying that he has invested sixty thousand dollars of his own money into Qubits, and much of that money was borrowed to begin with.

Kevin O’Leary states that, given the recourses that Mark Burginger has right now, there is only one strategy. Qubits either has the merits of support by a toy company, or it doesn’t. Kevin continues by stating that there are four large toy companies, which means that Mark Burginger has to make four phone calls, and hope that one of those four companies will like Qubits and will want to take it over. Kevin also states that, until Qubits gets the merits of support from one of those toy companies, there is no opportunity for an investment. Kevin O’Leary says that he does not see how his investment could help Qubits, and that he is out.

“Mark Burginger disagrees with Robert Herjavec, and states that he didn’t waste his money”

Daymond John states that he is making an offer of ninety thousand dollars, in exchange for a fifty one percent stake in Qubits. He also states that his offer is only valid, if they will call one of the four top toy companies, and make a deal with them.

“Mark Burginger thinks for a moment and accepts Daymond’s offer” 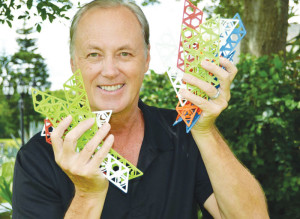 It is very easy to tell that Mark Burginger was struggling with his company’s finances, especially because of the fact that he invested sixty thousand dollars into the company, which he mostly borrowed from other people. Mark Burginger has been having financial problems for a while, especially because he was not able to find many architectural jobs, due to the economic crisis. Mark Burginger needed an investment from the Sharks, just to be able to keep himself and Qubits afloat, and in order to be able to scale up his production and sales. Since he started Qubits in 2007, he has not been able to make a lot of sales. There is no mention of Qubits being the best or worst on Shark Tank. Four of the five Sharks did not want to invest in Qubits because they either did not have an interest in toys, or they believed that it is almost impossible to get any market share in the toy business.

It seems like Mark Burginger was able to continue with Qubits, especially with the help of Daymond John. You can find more information about Qubits, and order one of the two sets on http://www.qubitstoy.com. It is very nice to see that the website has been updated to recent technology, making it look modern and fresh. You can also order Qubits sets on Amazon, and read very positive reviews. Qubits has scored a 4.5 out of 5 star on Amazon, which really shows that a lot of people are very happy with the product. Qubits also has its own Facebook page, with a lot of very positive reviews.

I would have thought that Qubits would fail as a company, especially because Mark Burginger had a huge dept. I was pleasantly surprised that the company still exists and that Daymond John was able to help Mark Burginger, both financially and with his expertise. Qubits products are very popular, especially among children that enjoy constructing different kinds of buildings and objects.