Mensch on a Bench After Shark Tank – 2018 Update 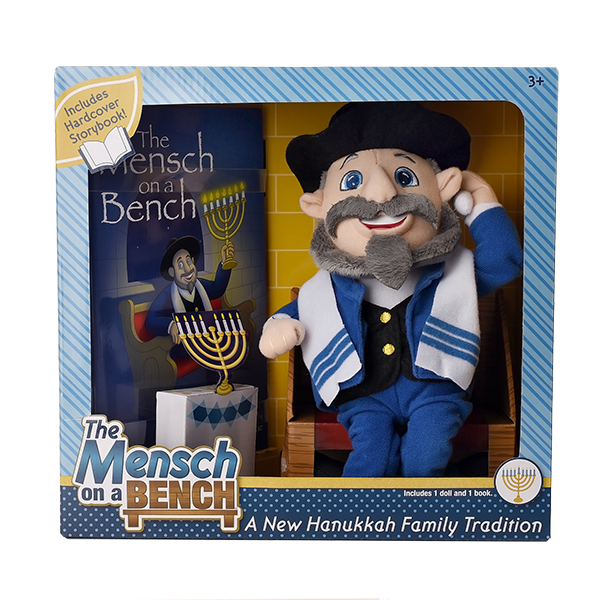 Mensch on a Bench Before Shark Tank 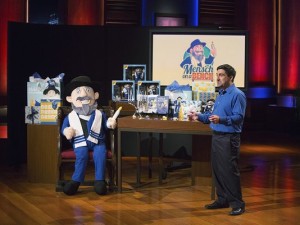 Mensch on a Bench is a new Hanukkah tradition meant to bring families together.  The creator, Neal Hoffman, started the tradition when he felt the need to teach his sons more about the Jewish holiday of Hanukkah, while also adding a fun new tradition the family could look forward to for years to come.  Neal, a bit of an expert on family fun, created Mensch on a Bench will working at his dream job as toy maker for Hasbro.  Seeing the fun and enjoyment kids experienced from the likes of GI Joe and Tonka Trucks, he injected the same merriment in his playful creation, Moshe the Mensch.

Neal Hoffman pitched his Mensch on a Bench product on shark tank on December 12, 2014, trying to motivate the Sharks to invest in a new addition to an ancient tradition.

Mensch on a Bench On Shark Tank

The Bench inventor entered the Shark Tank seeking an investment of $150,000 for a 10% interest in his company.  Hoffman began his pitch with a personal appeal, explaining that the holiday season is a jovial time, and kids are brimming with excitement because Santa is coming to town, but it can also be the hardest time of the year for a Jewish child.  For Hoffman, having two Jewish children of his own, he knew he had to solve the December Dilemma. 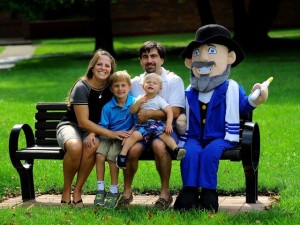 He then presented his product Mensch on a Bench, a whimsical package that included a 12 inch mensch, a bench, and a story book about the loveable Moshe the Mensch and his reverence of Jewish traditions.  The pitch was at first met with laughter and head shakes from the Sharks.  Fortunately, Hoffman had some numbers to back up his idea.  With a successful run on Kickstarter, plus another 2,000 units sold thereafter, Mensch on a Bench had already reached $72,000 in sales with lots of exciting retailers willing to give the product a chance.

The Sharks were impressed, but Kevin O’Leary had serious doubts about the entrepreneur’s seasonal toy item.  O’Leary, a veteran in the educational toy industry, even spending some time as an executive with Mattel, was concerned about inventory issues.  To O’Leary, if your toy is only going to sell in one part of the year, and when that season ends your sales drop-off, you have to be absolutely precise with your inventory order.  If you order too much, you spend all of your money, and you’ll be out both the money and space for an entire year.  On the other side, if you order too little, then your product won’t be on shelves for your potential customers, and you lose out on sales that a fledgling company desperately needs.  Fortunately, Hoffman was quick to express that he was a big fan of Mr. O’Leary, and that he knew that inventory was a pet peeve of his.  So, Hoffman’s solution was simple, trust the stores. 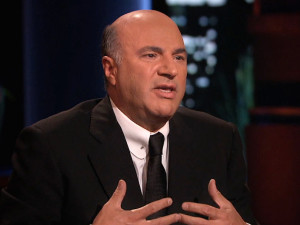 For Hoffman, the businesses that were selling Mensch on a Bench in their stores were likely to always know their customers better than Hoffman ever could.   So, the best plan was to create a direct relationship between those stores and the Mensch manufacturer in China.  The stores directly order what they expect to sell, and if it doesn’t sell, those big stores have plenty of warehouse space to store them.

That satisfied O’Leary, but Mark Cuban also had some doubts.  Mark consistently is wary of entrepreneurs that come onto the Shark Tank and pitch a product instead of company.  Mark’s question was simple, how can this grow into a full fledged company, if all you have is this one product?  However, Hoffman again had the perfect answer. 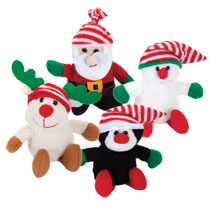 Unfortunately, Mark didn’t feel that was the proper way to grow this type of business, especially with no data to show that extension characters would be successful.  Instead, Cuban feared that Hoffman would be growing his business into bankruptcy. With that mistake on the horizon, Mark was out.

Robert and Lori saw things differently.  Robert, whose family immigrated from Croatia when he was 8, understood the plight of not getting to enjoy the same traditions as local families.  For Lori, she loved the idea of teaching children important values and morals.  So they made Hoffman an offer, $150,000, but for 30% of the company.  Hoffman was overjoyed to get an offer, but with the Sharks asking for 3 times the equity he initially offered, he hesitated to accept.  Instead he countered with $150,000 for 15% of his business.

The hesitation of Hoffman gave Barbra Cochran the opportunity to jump in with an offer.  Barbra offered a lower deal than Robert and Lori, with $150,000 for 20% of the business, but she had two conditions.  First, she wanted Moshe the Mensch’s face to be friendlier, and second, she wanted to rewrite portions of Hoffman’s book.  The Mensch creator was slightly taken aback by the story requirement, but willing to work on the Mensch’s face, as his goal was always to get children excited about meeting the Mensch.

As Hoffman began to come around on Barbra’s suggestions, Robert and Lori saw their holiday deal slipping away from them.  Before Hoffman could counter Barbra, they jumped in and accepted Hoffman’s second offer of $150,000 for 15%.  With that, Hoffman agreed and even made sure to let Robert keep the life-sized Moshe as a memento.

Mensch on a Bench Now in 2018 – After Shark Tank Update 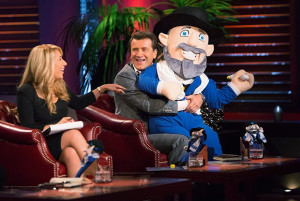 After Robert and Lori’s investment of $150,000, nothing could hold a candle to the success of Mensch on a Bench.  It seems that for every criticism that Neal Hoffman, received, there has been an exciting response from his company.  With Barbra’s initial criticism of Moshe the Mensch’s not so friendly face, the team has given Moshe a fresh new look, with bright eyes and a friendly smile.  Mark also criticized the limited item selection, and now Mensch on the Bench offers a big plush dreidel, chocolate bars, and even a singing menorah!  Lori and Neal are even working together to have a new character ready for the 2016 holiday season, her unofficial name: Hanna the Hanukkah Hero.

Mensch on a Bench’s numbers are also impressive.  Neal Hoffman came into the tank with an impressive $72,000 in sales, and now that the Sharks have gotten involved, the company now has $1,000,000 in sales!  Mensch on a Bench has done so well in stores that Bed Bath and Beyond has even increased its supply of the product to extend to a whopping 1,000 stores.

Neal Hoffman and Mensch on a Bench have also had a great deal of success with the media.  The fun new product, that also instills Jewish values, has even caught the eye of the popular Today Show.  The Today Show regularly hosts a segment entitled New and Noteworthy, and features products that viewers have recommended as exciting or with significant impact.  Moshe and his horizontal companion the Bench, recently got the Today Show treatment, with the hosts recognizing the product for adding more funukah to Hanukah.

With all of Mensch on a Bench’s success, Hoffman has repeatedly expressed his appreciation for the Sharks, and most of all, to the customers that have believed in the mission of his product.  As his company continues to grow, its mission will always be to make a positive impact on the holiday season.