The Top 10 Richest Canadians by Net Worth 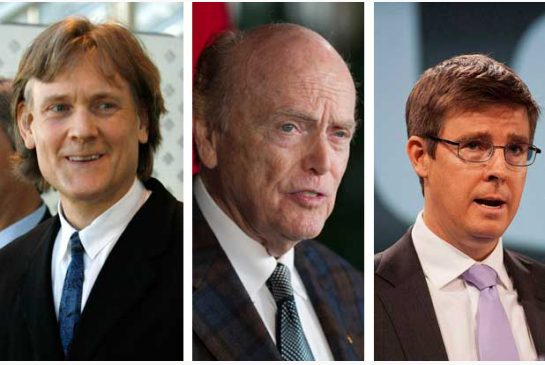 When it comes to media and entertainment, there are Canadians everywhere you look. A lot of them you probably didn’t realize were Canadian. There are actors and actresses like Ryan Reynolds, Rachel McAdams, and Jim Carrey. There are pop musicians like Justin Bieber, The Weeknd, Drake, and Carly Rae Jepsen. There are classic rock musicians like Neil Young, Brian Adams and Leonard Cohen. There’s director James Cameron, there’s writer Saul Bellow, and there’s Pamela Anderson. However, none of these celebrities find themselves on a top ten list of the richest Canadians.

Before comparing this list I was only aware of the existence of a few of these people. You might not know who most of the richest Canadians are either. Most of them have had their wealth handed down over generations, although there is some self-made new money on the list as well. These billionaires are scattered across the country, living on each coast and in between. There are a total of thirty-nine billionaires in Canada, and the ten richest Canadians are all worth over five billion. Maybe surprisingly or maybe unsurprisingly, there are no women on the list except as the members of rich families. The oldest person on the list is eighty-six years old, and the youngest is forty-five. Here is some information you didn’t know you were interested in, but will feel glad to have found. Here are the ten richest Canadians. 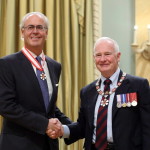 The Richardson family has been involved in business in Canada for over a hundred and fifty years, or most of the time that Canada has been a country. They’ve got their hands in a lot of pots. The president and CEO is Hartley Richardson, is the fifth-generation head of the company. They got involved in financial services during the Great Depression, and then got involved in grain and farming. They’re also involved in the drilling and production of oil. The family’s net worth is continuing to grow, and it has gone up twelve percent in the last year.

Number nine of the list of the richest Canadians is the late Paul Desmarais, who lived in Montreal, and was one of the five richest Canadians in the world during his life. He died in 2013, when he was eighty-six years old. His business enterprises are currently being carried out by his sons, who have been continuing to aggressively invest in start-up companies. During his life, he was the chairman of the Power Corporation of Canada, an international investment and holding company. He was well-liked by Canadian’s during his life. He was philanthropic with his money, and was considered an honest man with integrity. The family’s wealth increased by nine percent over the last year. 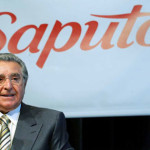 In the 1930’s Giuseppe Saputo was a successful cheesemaker in Montreal, Quebec. Today, Saputo Inc. is the tenth largest dairy producer in the world. It’s the biggest dairy company in Canada, the third largest dairy company in Australia, and the third biggest cheesemaker in the United States. Presently, the eighth richest Canadian is Lino Saputo, who is the chairman and owner of the company. He was born in Italy, and his family moved to Canada when he finished secondary school. He’s seventy-eight years old, and has passed most of the operations of the company over to his son. His son, Lino Saputo Jr., serves as the CEO of the company. Lino Saputo Sr. also has other investments. He owns a big trucking company, and is involved in real estate, forestry, and golf courses. He’s generous, and very involved in charity organizations in Montreal. His net worth went up around seven percent over the last year. 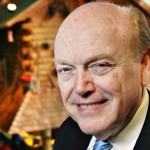 Number seven on the list of richest Canadians, James Pattison, is unique on this list. He is one of few self-made billionaires in the top ten, and he’s also the only one who lives on the West Coast. Jim Pattison’s name is everywhere in British Columbia, as he is involved in media, car dealerships, real estate, and advertising. His story is that of hard work and the industrial spirit. He worked as a music teacher, fruit picker, labourer, and car washer. He somehow parlayed his job washing cars into a job selling cars, and he would eventually start buying used car dealerships. At this he was very successful. His company, the Jim Pattison Group, is the largest privately-owned company in Canada. They own grocery stores, real estate, media ventures, and The Guinness Book of World Records book series. He has, at times, been listed as the richest Canadian. He lives in Vancouver and is involved in municipal politics there. He is credited as being responsible for bringing the Olympics to Vancouver in 2010. Sadly for Jim, his net worth decreased by twelve percent over the last year. 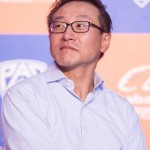 Joseph Tsai is another person on this list or richest Canadians who was not born in Canada. He was born in Taipei, Taiwan, and went to college at Yale. He is a businessman, and the vice-chairman of Alibaba Group. Alibaba is a Chinese-based communication and commerce company. They provide a range of online business services. In 2014, Alibaba had one of the biggest initial public offerings ever. They were valued at $231 billion dollars, but their worth has fallen since then. Joseph Tsai has a reputation for being a hard worker. He took a huge risk when he quit a job that was paying him $700 000 a year to work for Alibaba, which was an unpaid job at the time. Clearly the risk paid off, as he is now the sixth richest Canadian and one of the richest men on this list, at the age of fifty two. 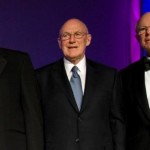 The Irving family are about as old-money as you can get in Canada. They’re involved in many different businesses and have been influential since the 1800s. They’ve been running Irving Oil, which is based in New Brunswick, since the 1920s. Jim Irving is in charge of the part of the family business that controls shipbuilding and business, while Sarah Irving is in charge of Irving Oil. Irving Oil operates around nine hundred gas stations within Canada and the north eastern United States. Unfortunately for the Irvings, their family net worth was down nine percent over the last year. 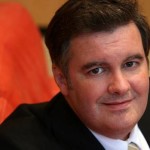 It makes sense for people with the last name Rogers to be among the richest Canadians . Rogers Communications was founded in 1925, and now controls a huge amount of media, wireless communication, and television in the country. Along with Bell Canada, they have a kind of duopoly over the media in the whole country. Back in the 1920s, Edward Rogers invented a kind of radio receiver that could run on regular household electric currents, which was a breakthrough in radio technology. His son Ted Rogers got involved in radio also, which led him to get involved in television, and then other branches of media. The Rogers family don’t actually own Rogers Communications any more, as they passed the leadership over to current chairman Guy Lawrence. Still, members of the Rogers family sit on the advisory board for the company, and they saw their family’s net worth grow by a huge twenty percent over the last year. This is partially owing to the success of the Toronto Blue Jays baseball team, which they own. 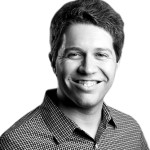 By far the youngest and most interesting person on this list of richest Canadians is Garrett Camp. The thirty-eight year old is the closest thing to a Mark Zuckerberg kind of character that exists in Canada, although he lives in California currently. He co-founded the very popular content discovery website StumbleUpon as a grad student back in 2002. His true breakthrough came in 2009. Frustrated by bad taxi experience, he came up with the idea for Uber, an on-demand car service. Uber has been a huge success. It operates in over three hundred cities, and is worth over fifty billion dollars right now. Right now, Camp is the chairman of both Uber and StumbleUpon. He’s the fastest rising person on the list, going from the 283rd richest person in the world last year to the 188th richest person in the world this year. 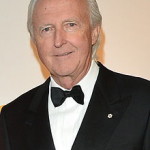 Galen Weston is the opposite of Garrett Camp. He’s the chairman of George Weston Ltd., a food company started by his great-grandfather in the 1800s. Though he serves as the chairman of the company, he isn’t as involved as he once was, which makes sense given his age. George Weston Ltd. is the biggest food production and distribution company in Canada. They own Loblaws, the largest grocery store chain in Canada. They own brands like President’s Choice, No Name, and Joe Fresh. They own a lot of companies that make packaged bread. Galen Weston also owns high-end department stores, like Holt Renfrew. Apparently his net worth may take a dip as Nordstrom moves into Canada to challenge Holt Renfew, but last year his net worth was up twenty percent. 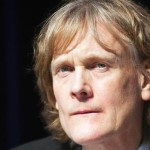 As you can see, the Thomson’s are by far the richest Canadians, worth more than double the next richest person. They founded Thomson Reuters, a massive, international media company that’s based in New York. Thomson Reuters was created in 2008 when the Thomson family acquired British-based Reuters Group. The company employs over sixty thousand people, and also has a headquarters in Toronto. The main player in the Thomson family is the fifty eight year old David Thomson, who is the chairman of the company. He’s the twenty fifth richest man in the world, and his net worth was up twenty percent over the last year. People are speculating that he has some big plans for the Middle East, as he has been hanging out with the Prime Minister of Dubai lately.

When it comes to the richest Canadian celebrities, not just business people, number one is director James Cameron. Through the success of movies like Titanic, The Terminator, and Avatar, Cameron has amassed wealth in the range of $700 million dollars. Number two in terms of celebrity net worth is singer Celine Dion who is worth $630 million, and was coincidentally also involved with the movie Titanic.  Dion is trailed closely by actor Keanu Reeves, who is somehow worth around $472 million.