The Best Wifi Routers for Home Use – Speed and Reliability Ratings 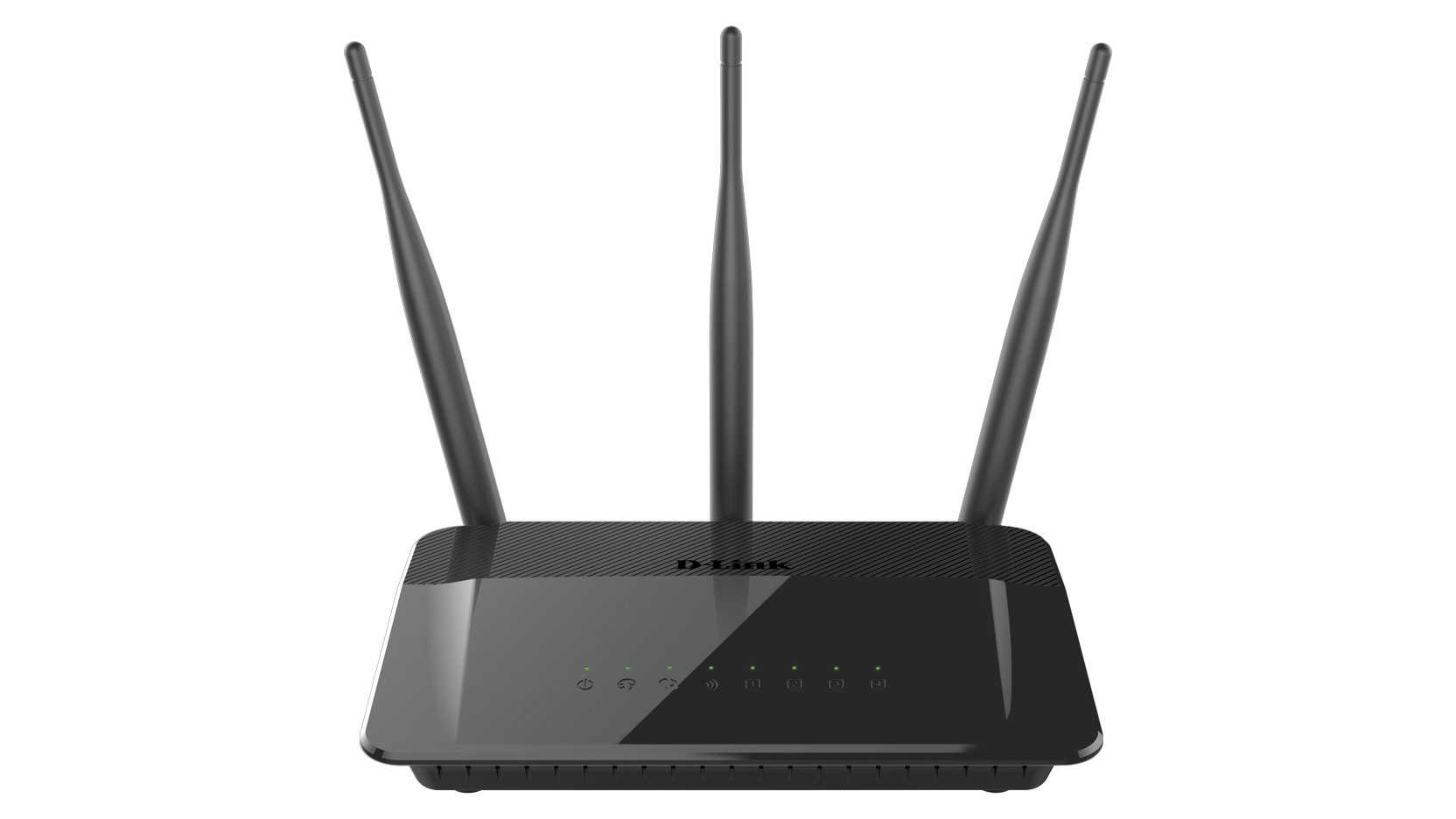 Routers can be a necessary part of your home network. Routers are functional for exactly what their name implies – they route connections. A good router will be able to route tons of connections at once, all of which are streaming tons of bandwidth, while a poor router will only be able to handle a few devices before there is noticeable slowdown. In addition, some routers might come equipped with custom features specific to the brand – for example, LinkSys routers can connect with each other and serve as a wireless access point, acting as a repeater to strengthen the signal of the network over a range of distance. However, in the United States at least, not all internet service providers are friendly towards the use of home routers – check with your ISP for more information about the use of a router.

Some ISPs will give out modems (at a cost – mine is $5 per month) which have a wireless function built in, but the wireless function is often very poor and only capable of handling a few devices. Like I had said earlier, a good router can handle many connections at once, and depending on your needs, a home network that is set up entirely through ethernet cables might be your best bet. Routers will always have an easier time with guided media versus unguided media, but some routers may only have 2 or 3 ports. The more ports, the better, but you can also buy port extenders which add extra ports. Some routers will also offer dual band, which offer separate channels that are still connected – the idea is that you can set up all your gaming and heavy streaming devices on one channel, while on the other channel, you could have your tablets and computers used for more casual browsing.

A home router does not need to be anything impressive, so consider your needs before you purchase one – a fully wired home connection won’t require a $200 router and can easily get by with a $40 router. But since I live in a tiny apartment blessed with a little alcove for the cable on the stairs, a fully wired home solution isn’t always viable for others.

Even better we took the time to track down the best prices online for all the different routers and have provided links to all the routers. So time to jump into the best router options for your home.

The Linksys Wireless-G Router could be considered to be three devices in one box. There is the wireless access point, which is the main attraction for the router – the Linksys WRT54GL can connect any 802.11b or 802.11g devices at lightning speeds of up to 54 megabits per second. Built in the back is also a four port full-duplex 10/100 Switch to connect any wired-Ethernet devices together. This would allow you to create a wired local area network with as few as four computers, but expand up to 16. Finally, the router function ties it all together and powers your whole network to the internet via any high-speed cable connection, or even a DSL connection. The Linksys WRT54GL also supports the ability to connect your printer to any computers on the network. The Linksys WRT54GL is powered by a 12VDC adapter with only 0.5A of usage, causing minimal electrical impact all in this little box. The Linksys WRT54GL is a time tested modem and has worked great ever since its release well over 14 years ago, supporting Windows XP as its first operating system. In addition, the WRT54GL also offers a one year hardware warranty on any purchase.

The WRT54GL is perfect for home use and can be found for under $40 by clicking here.

The Belkin Wireless G 4-port router is a much smaller form factor compared to some of its cousins in this list. The Belkin G is a very small, discrete router with a light-up interface on the front that will glow green for an OK connection, or glow (or possibly pulse as it attempts to reconnect to certain points) red if a connection is invalid. As mentioned in the heading of the router, the Belkin G only has 4 ports on the back but they are a full duplex 10/100 connection, taking any CAT ethernet cable. When it comes to wireless speeds, the Belkin Wireless G is capable of connecting devices at a speed of up to 54 megabits per second. They can connect up to a minimum of 4 wired devices but up to a maximum of 16. The Belkin Wireless G offers built-in security such as WPA, WPA2, WPS, and 64- and 128-bit WEP. The Belkin Wireless G is only compatible with 802.11g networks, and is compatible with 802.11b networks as well, meaning it should work flawlessly with almost every tablet device on the market. The Belkin Wireless G is a great router for home use for dorms and apartments, as well as for anyone who has a slower network.  Also it comes with a one year hardware warranty!

You can get the Belkin Wireless G for under $20 online by clicking here. 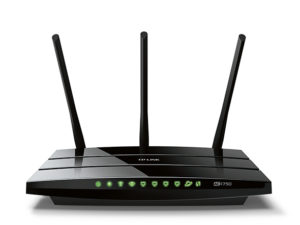 The TP-Link N450 is the first of the beefier routers; this wireless router can support speeds of up to 300 megabits per second, instead of the typical 54 megabits per second. This means a lot more devices can be communicating information with each other on your network, making streaming from your computer to any other devices or vice versa a no-lag experience; even the largest blu-ray copies will stream without issue. The TP-Link n450 supports 802.11n, 802.11b, and 802.11g, making it compatible with almost all typical wireless devices on the market. On the back of the TP-Link N450 are 4 10/100 full duplex ports, as well as attachment points for 3 detachable omni-directional antennae for boosting the strength of your home network. The TP-Link is capable of operating anywhere from the 2.4 gHZ to the 2.48 gHZ channel, making random disconnections a lot less likely. The TP-Link N450 is a bit more beastly router and would be a good choice for the internet enthusiast and those without data caps – people who can afford to be more connected to the internet and streaming 24/7.

If you want to upgrade your internet experience you can get the N450 for the best price online by cliking here. 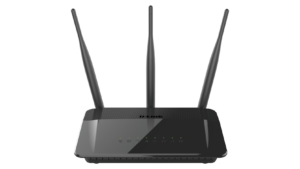 The DIR-813 AC750 Wi-Fi Router is a more affordable solution. The D-Link AC750 offers optimized performance and a wide range thanks to the three antennae attached to the back of the router. The AC750 offers dual band performance of up to 300 megabits per second, making streaming in your home between devices or streaming while connected to the internet a lag-free experience. The AC750 actually offers a higher gHZ ad-hoc network, increasing its dual band performance up to 433 megabits per second when network bandwidth outbound is slow. As with most modern day routers, the D-link AC750 is compatible with 802.11g, 802.11b, and 802.11n routers, making it work with all the devices you would own prior to purchasing the AC750. On the back of the D-Link AC750 are four full duplex 10/100 ethernet ports, and the attachment points for three high-performance radio antennae to help boost the strength of the network. This router isn’t as strongly reviewed as the TP-Link router; this could be due to a higher rate of routers failing, so caution should be exercised. But for the budget purchaser looking to get a great powerful router, the AC750 is not a bad choice.

Plus you can get it at a substantial discount by clicking here.

Despite the list being aimed for home use routers, the Cisco RV110W Wireless N router is still a tough, and possibly the top, contender. Cisco makes amazing network products, no doubt, and the Wireless N router is an example of that. Cisco products almost never drop off and have amazing security protocols, making unwanted eyes a lot less of a threat. On the back are the typical four ports, which are full 10/100 duplex for connecting computers, printers, and even IP phones. The Wireless N has the Quality of Service (QoS) protocol installed as well, making certain that all connections over the internet through VOIP, video or data streaming are all seamless and work with minimum issue. The Wireless N router has a browser interface which can be accessed from both mobile and desktop devices, and is compatible with all 802.11g, 802.11b, and 802.11n devices. The Wireless N router also has the function to allow for a user to route in remotely, allowing for hosted files to be downloaded through the network via the use of the Wireless N router. The Wireless N is a bit more expensive than the other options (generally selling for around $70) but should be the ultimate router purchase for the hardcore internet user and extreme enthusiast. Anyone who is into serious gaming or streaming should purchase this router or a similar Cisco router to ensure the best internet experience.

Despite it costing a bit more you can find it for a decent discount by clicking here to automatically apply the cheapest rate on Amazon.com