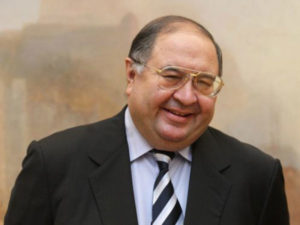 Once known as a nation that despised personal wealth, Russia has been an economic powerhouse in the past few decades. With abundant natural resources (particularly oil and steel), many individuals have found their fortunes within previously state owned industries. Here, we list the top ten Russian businessmen who have done just that. All estimates of net worth include private assets, estates, and stakes in both private as well as joint-state enterprises that have been made public. 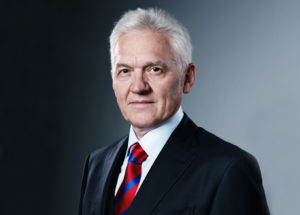 Starting off our list of richest Russians is Gennady Timchenko, a dual citizen of Russia and Finland. Trained as an electrical engineer by the Mechanical Institute of St. Petersburg, Timchenko has been known to spark some controversy. While in his home countries of both Russia and Finland he is considered a respected and prominent businessman, in the United States he has been sanctioned and his assets frozen due to connections with Russian leaders who have supported the annexation of the Crimean Peninsula in Ukraine. Despite having few ties to the western hemisphere his investment firm, the Volga Group has proven to be wildly successful, being the biggest contributor to his net worth. Timchenko happens to use his wealth to move around quite a bit, having luxurious estates in Russia, Finland and Switzerland, the latter being worth over $11 Million at time of writing. 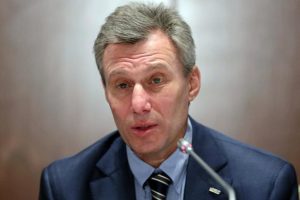 Previously the executive director of TNK-BP, a joint venture between Moscow and London based oil firms, Khan has made his fortunes in black gold. He is renowned for his partnerships with other billionaires, making his way into joint ventures such as the Alfa group and Letter1 Investment firms. When not dealing in oil, Khan has found time to co-found the Genesis group (a charity for the advancement of Jewish Business and Culture) and an active supporter of the Life Line medical charity, having raised over $30 Million so far to aid in paying for medical bills. 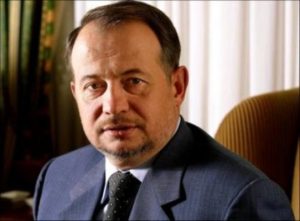 Lisin, like many of the Russian tycoons, had his start in steel manufacturing during the reign of the USSR. Unlike many of his peers however, he has published over 100 papers on both Metallurgy and Economics, making him a foremost expert on both the engineering and business sides of the industry. Among his investments have been over $600 million worth of shares in a pair of coal mining companies, securing his firm, the Novolipetsk steel mill much needed energy resources. He also owns the Aberuchill Estate, a mansion with 3,300 acres of property within Perthshire, Scotland as well as Britain’s most expensive home, Park Place (worth about $230 million). 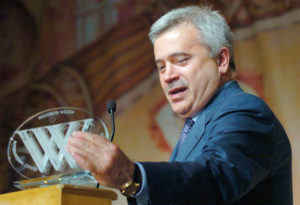 The second generation of his family to work in the oil industry, Alekperov followed his fathers footsteps into the oil fields of Azerbaijan. He then forged his own path to become the head of one of the largest Russian petroleum producers, LUKOIL. This company also has the honor of being the first Russian company to ever acquire an American one, buying out Getty Oil in 2000. Alekperov also happened to be the youngest minister of the Oil and Gas Industry in the former Soviet Union, and is recognized as one of the leading pioneers in the Petroleum industry world-wide. 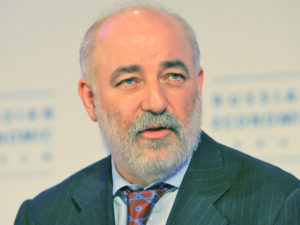 A dual citizen of both Ukraine and Russia, Vekselberg is perhaps best known for his continuous close work with the Kremlin to attempt to revitalize the Russian economy. This work has not been purely altruistic though, as many of the results of these projects have been directly profitable for Vekselberg, and has gained him associations with a majority of individuals on this list, making for a portfolio of Russia’s “best of”. Vekselberg’s primary hobby outside of business includes collecting Faberge eggs, of which he is the worlds largest owner, holding 15 to his name for the price of around $100 Million. He has since opened a museum to display these masterpieces, recognizing them as cultural treasures that should be shared. 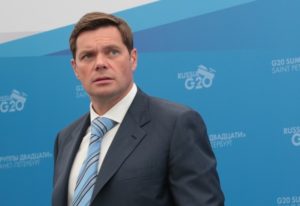 Educated at the University of Northumbria and the head of Severstal, this giant in the mining and steel industries came from very humble beginnings. When growing up, Mordashov’s family reportedly relied on social welfare to scrape by, as his father’s steel plant job did not adequately provide for the family. After his initial education, Mordashov returned to work for the very same plant, only to become CEO 8 years later. Mordashov then expanded his holdings overseas to include steel companies in not only Russia, but the United States and was subsequently elected as the chairman of the World Steel Association. Outside of his mining and manufacturing operations, Mordashov also finds time to sponsor multiple theaters, over 20 sports complexes, and even a charity for homeless children called Road Back Home. 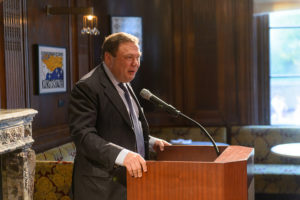 Head of the L1 (LetterOne) investment group, Mikhail Fridman started his journey into the business world by employing fellow university students in his window cleaning service. Now primarily concerned with gaining and maintaining energy assets, his company has recently gained public attention by attempting to acquire North Sea oil fields, much to the disdain of the British Energy Minister. Firdman also is part owner of the Alfa Group which primarily handles private banking and capital investments. Mikhail Fridman has been recognized world-wide as a genius in terms of foreign investment, serving both the International Advisory Board on Foreign Relations within the United States, and the Board of Russian Union Entrepreneurs. He has also been a giant in terms of promoting growth of Jewish culture and business, being a member of the Russian Jewish Congress as well as a founding member of the Genesis group which promotes and preserves European Jewish identity. 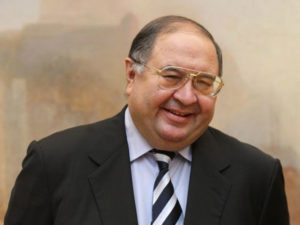 If there was ever a prototype of the Russian Businessman, it would be Alisher Usmanov. Owner of USM Holdings, he rules the corporation with an iron grip which also squeezes Russia’s largest mobile network (Megafon) and technology group (Mail.ru), which all contribute to his enormous wealth. His holdings also include a 30% stake in the Arsenal Football Club, and a Tudor Mansion in Surrey, U.K. Which has drawn some international attention to the habit of some Russian Oligarchs moving their wealth abroad for safe keeping. Usmanov is also regarded as one of the country’s leading philanthropists, donating hundreds of millions of dollars into cancer research, donations of invaluable art pieces to the museums of Russia, and his personal passion of preserving the sport of Fencing within his home country and internationally. Despite these admirable projects and economic success, Usmanov has been quite the controversial figure. Among some darker periods of his history included a 6 year prison sentence for fraud in 1980 which he was later exonerated for. 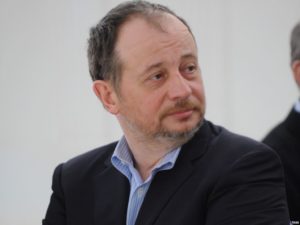 Originally educated as a civil engineer at the Kuiybishev Civil Engineering Institute, Mikhelson was the architect of his own fortune near the fall of the Soviet Union. Having been the acting General Director of Kuiybishevtruboprovodstroy (a Petrol and Petrochemical company in the same region of his Alma Mater) during this time, he saw himself become the primary stock holder of one of the first privately held enterprises in Post-Soviet Russia, renaming it NOVA. Since this time, he has acquired sizeable stakes and powerful positions in many of the companies (including the parent company of NOVA, NOVATEK) that make up the petroleum industry. Mikhelson’s other ventures also include an Art Investment firm, and being on the supervisory board of Russia’s Regional Development Bank. On his off time, he is said to enjoy being on his yacht, The Pacific, as well as being a primary sponsor of the Russian Football Union. 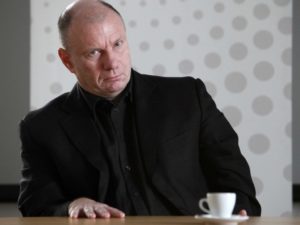 Potanin started out life as the child of a prominent communist family, educated especially for the Ministry of Foreign Trade. After nearly ten years of dutifully serving this department, Potanin used his experiences (especially within export relations) to found his own company in 1990 seeing the opportunities afforded by Perestroika. Having its fingers in nearly every market pie (from Metallurgy to Mass Media), his company Interros has become one of the largest companies in both Russia and the world at large. Since the success of his initial company, Potanin has also been appointed as the head of the National Council on Corporate Governance, a board member of Guggenheim Foundation (an art preservation non-profit), and head chair of the State Hermitage Museum which is the largest art museum within Russia. As a result of his focus on the preservation and sharing of both literature and the arts, not only has Potanin been given recognized as a hero of the arts in Russia but in Paris as well, gaining the title of Officer of the Order of Arts and Literature.