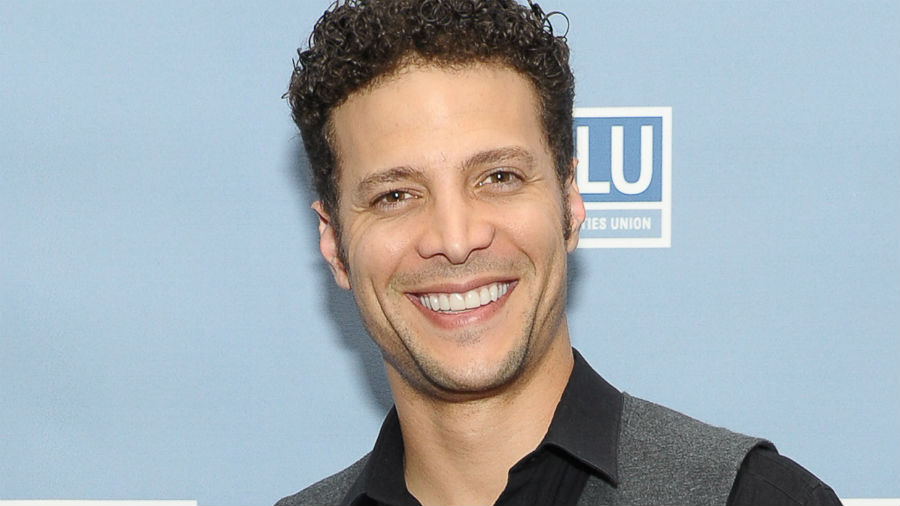 American Idol wrapped up its final season earlier this year. Although people have complained about the quality of the program declining over time, it can’t be denied that the show has cranked out multiple successful musical stars. Musicians like Clay Aiken, Carrie Underwood, Adam Lambert, and Phillip Phillips kicked off some fairly illustrious careers on American Idol. One of the most successful artists to come from American Idol is Kelly Clarkson, who won the first season and went on to have a massively successful international career. What about the runner-up? Justin Guarini lost to Clarkson by a very narrow margin, but today, he doesn’t seem to be nearly as popular as his former competitor. What happened to Justin Guarini? 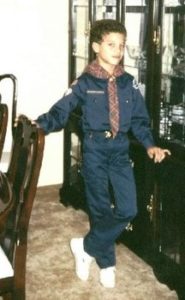 Justin Guarini was born in Georgia in 1978 to an African American father and an Italian-American mother. At the tender age of four, he was accepted into the Atlanta Boy Choir, which marked the beginning of his musical career. When he was still in elementary school, Guarini moved to Pennsylvania, where he would join the Archdioceses of Philadelphia Boys Choir. He developed a bit of a reputation for being a good vocalist, and between 1996 and 2000, he was the lead singer of an award winning a capella group. He also had a lot of experience in theater, having lead roles in productions such as The Little Prince and The Taming of the Shrew.

Guarini’s career eventually led him to New York City, where he attended the New York Conservatory for Dramatic Arts. As a student, he made an honest living by working at different night clubs in his spare time. He also made a point to audition for a variety of different New York productions, seeking to kick his entertainment career to a whole new level. In April of 2002, he had a successful audition for American Idol. At the same time, he was offered a role in the Broadway production of The Lion King. Although it was a tough choice, Guarini ultimately decided to go onto American Idol. (This was an especially risky move by the young artist, considering that at that point, no one had ever really heard of American Idol.) 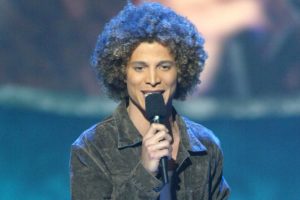 When Guarini entered American Idol, he had a stellar audition. In fact, he was widely thought to be one of the most promising contestants on the show–many expected him to ultimately win it all. He had a great run on the show, only dropping into the bottom two once, in the 1970s episode. Guarini was attracting a significant amount of attention, as well. The first season of American Idol was a massive hit in 2002, boasting an average viewership of 12.7 million per episode. For the finale, he sang “Before Your Love”, “Get Here”, and “A Moment Like This”. His performance was praised, but the young man ultimately earned the title of Runner-Up.

Although his defeat may have been disheartening, American Idol was far from the end of Justin Guarini’s career. He released a self-titled album in June of 2003, which sold around 150,000 copies. Guarini was also able to secure a role in the pre-Broadway workshop of Good Vibrations, which he was highly praised for. In 2005, he would go on to release a second album, titled Stranger Things Have Happened. The album was critically praised, but it wasn’t all that commercially successful. In 2008, he released an EP titled Resolve. Guarini may have not been as popular as Kelly Clarkson, but he still showed a significant amount of support for American Idol, frequently appearing at events related to the competition.

In 2010, Guarini saw his Broadway debut in the 2010 adaption of Women on the Verge of a Nervous Breakdown. He was well-liked by his co-stars and delivered multiple strong performances. Between 2013 and 2014, he played Paris in a modern Broadway production of Romeo and Juliet. He has had a lot of time on stage over the years, having lead roles in productions of varying scale of shows like Wicked, Paint Your Wagon, and Chicago. But you don’t really seem to hear a lot about Justin Guarini these days. What’s he doing today?

Guarini has spent most of his life on some kind of stage, but he has recently started to do a lot of work behind the scenes, as well. In 2015, he took on the role of executive producer for a 2015 revival of Side Show. However, one of the biggest things going on for Guarini right now may surprise you. Have you ever seen those Diet Dr. Pepper commercials? They star a character called “Lil’ Sweet”, who is sort of like a parody of the musician Prince. He’s usually depicted as being very short, and he sings silly little songs about Diet Dr. Pepper. Well, Lil’ Sweet is played by none other than Justin Guarini.

This is certainly a strange place for Guarini’s career to go. He’s very heavily costumed as Lil’ Sweet, which makes it difficult for him to be recognized in the commercials. However, the Lil’ Sweet advertising campiagn has probably proved to be very profitable for him. The commercial series has been going on since 2015, and he was even in a Super Bowl commercial earlier this year. It may not be the most glamorous job in the world, but I think that fans of Guarini would be happy to know that he still has a successful career in music.