Zayn Malik’s Net Worth – How Rich is He? 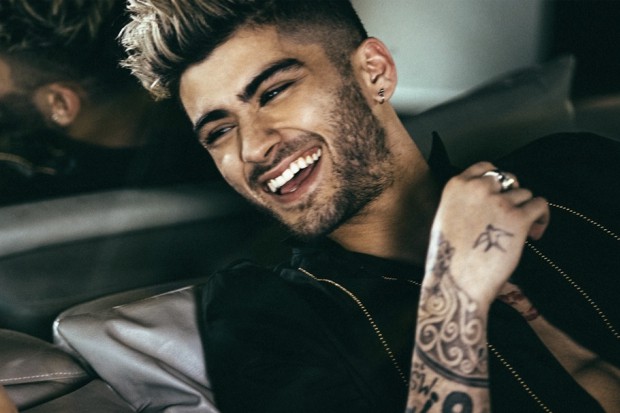 Zayn Malik was one of the boys in the hit boyband One Direction. While he was a member the group quickly shot up to fame after their time at the The X Factor and released highly-successful albums, sold-out tours, and a few concert movies. However Malik decided to leave the group and pursue a career on music on his own accord.

Read on and find out more about Malik’s journey from boyband member to solo star, and how he earned his wealth throughout his career.

How did Zayn Malik make his money & wealth?

Zain Javadd “Zayn” Malik was born in Bradford, England, on January 12, 1993. Malik is of Pakistani-English-Irish heritage and grew up along with his three sisters in a Muslim family. Malik’s years in primary school were not that bright as his mixed heritage often made him the target of bullying and bad jokes. His working-class family lived in an apartment at the East Bowling district of Bradford.

Malik had exposure to music thanks to his father’s collection of R&B and reggae albums. He learned how to write song lyrics, joined the choir, and even actively participated in school productions. 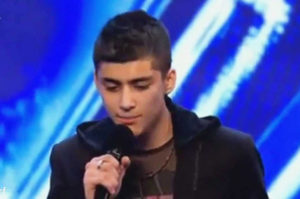 At 17 years of age Malik auditioned for the seventh season of The X Factor which was held in Manchester. He managed to earn the approval of the three judges with his performance of the R&B song “Let Me Love You” by Mario. During the bootcamp Malik was described to be nervous and very withdrawn. He didn’t want to participate in the dance segment but thanks to judge Simon Cowell’s encouragement Malik participated and even survived the stage. Unfortunately Malik was eliminated prior to the competition’s final round.

Later on he was grouped along with four other participants who also failed to progress as solo artists. They qualified in the “Groups” category and came up with the name One Direction. The boys managed to win third place in the competition. Afterwards Simon Cowell signed them a contract to his own record label Syco Music while in North America their record label is under Columbia Records.

One Direction released four chart-topping and critically-acclaimed albums from 2011 to 2014 coupled by four sold-out tours. With his fame on the rise Malik sadly became the target of Islamophobia and racism from the press and the public. Some people even believe that the young star is using One Direction as a way of inciting jihad. The conservative members of the Muslim faith criticized Malik for his smoking habits and tattoos.

On March 19, 2015, during the group’s “On the Road Again Tour”, Malik departed from the tour and flew back to the United Kingdom. He stated “stress” as his reason for signing off the tour. After six days the boys announced that Malik has left the group permanently, much to the shock of millions of his fans.

Malik later explained that the reason for his departure was to take some time away from the spotlight and to live the normal life of a 22-year-old. He stated in other interviews that he was no longer happy as a band member and did not like the limited freedom they had due to strict management. Malik expressed his desire to lean towards R&B music which was obviously not the group’s genre.

Four months later Malik signed with RCA Records and revealed through interviews throughout the year about his upcoming debut album Mind of Mine and the influences that helped shape it. On January 29, 2016 Malik released the lead single “Pillowtalk” which was well-received by critics and peaked at the charts of different countries. The sexual lyrics of the song were a far cry from his pop days back in One Direction.

March 25, 2016 saw the release of Mind of Mine with 18 tracks and a focus on R&B plus a dash of several other genres like pop and soul. Critics praised Malik’s debut album which also debuted at the number one spot on both UK and US charts. Malik stated his desire to go to college and earn an English degree while working on his second album.

During his One Direction days, Malik had enjoyed income from the group’s endorsement and sponsorship deals with big names like Nabisco, Colgate, Nokia, and Pepsi. The boys also had a perfume line named “Our Moment” which was 2013’s fastest-selling fragrance.

Malik owns two companies named Drop Zed Publishing and Drop Zed Touring, and his website sells official merchandise. There are also reports circulating about his keen interest in securing an endorsement deal with a big name in the fashion industry.

With the money he saved up Malik bought a house for his mother worth $400 thousand, along with a $3 million mansion in London and a $46 thousand Bentley Continental GT.

One Direction made $75 million in 2014 while Malik was still a member. There are no reports regarding his earnings last year as he was on hiatus and he only released a new album in 2016. 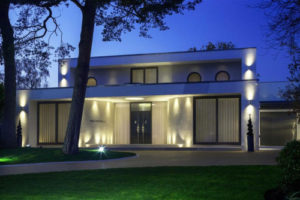 Malik’s abode in North London comes with five bedrooms and swimming pool. It sports a simple and futuristic design. Some of the things he keeps there are two dirt bikes, a couple of cars, and a crossbow which he uses to shoot a target dummy in the backyard.

As a member of One Direction, Malik put the very first guitar he used in the band for auction. The proceeds went to support the Scotland-based charity Kean’s Children’s fund.

He and the boys then raised money during Red Nose Day 2013 with the single “One Way or Another (Teenage Kicks)”, and by donating some of their outfits. Their efforts raised more than a million bucks and were used to support African communities in dire need.

During the same year Malik and fellow band member Liam Payne auctioned off their onesies. The act raised $11 thousand which was then donated to The CAW Foundation, a charity that supports deprived communities through various projects.

As part of the Gromit Unleashed charity trail, Malik painted one of the 80 large statues of the titular canine. These statues were auctioned for the Bristol Royal Hospital for Children and Malik’s masterpiece managed to rake in $37 thousand dollars.

Recently Malik purchased a box at the Bradford City A.F.C stadium which is reserved for underprivileged kids who wanted to watch football.  The box was named Walter Brannan who was Malik’s maternal grandfather.

Mind of Mine peaked on both UK and US charts upon release. This makes Malik the first ever male artist in the UK to do so.