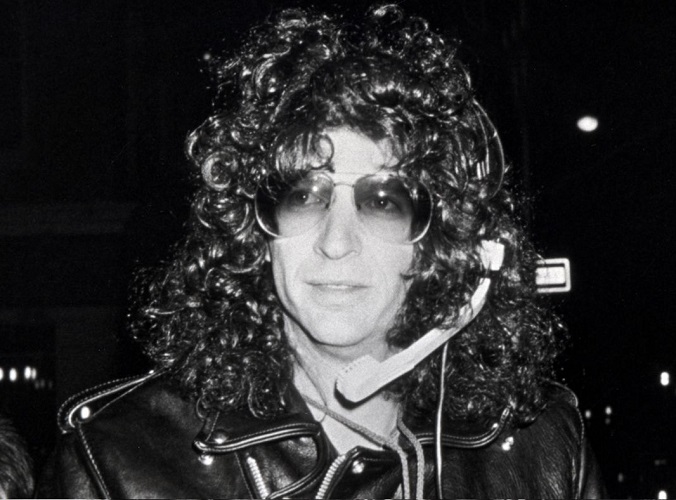 For years he was a voice that shocked mainstream America’s radio airwaves, and in the process he became a symbol of rebellion and freedom for a younger generation. Howard Stern has gradually transformed into a more socially acceptable, and mainstream, celebrity as the years have rolled on. The former Shock-Jock is better known today in 2016 for being a co-host and judge on ‘America’s Got Talent’, at least since he joined the show in 2012. But where did the curly-haired king of chaos originally make his huge fortune?

How Did Howard Stern Make his Money & Wealth

Howard began working in radio at college in Boston. In 1975, after graduation he took up his first professional job at WNTN in Newton, Massachusetts. Over the next decade Stern worked in various stations, in places that ranged from Chicago to Detroit, before he found his niche, at WXRK in New York City. He enjoyed phenomenal success there, largely because of his outspoken presenting style, the adult content his shows frequently contained and the shocking difference between his on air antics, and those of conventional radio personalities.

WXRK received many fines from the FCC during his time at the station, the majority of them for Howard’s profanity, or that of his guests. Eventually the fines totalled in excess of $2.5 million, but the station was more than happy to pay them, in order to keep their star attraction on the air. The very style that more conventional listeners found shocking and controversial, was a breath of fresh air to a younger generation that wanted a more exciting listening experience, and Howard Stern was about as exciting as the radio had ever been at the time, he was soon amassing audiences in excess of 20 million, across both the United States and Canada. The financial rewards were great for Howard, but he had even more success to follow.

His popularity soon grew far beyond New York, and in 1993 he signed a million dollar deal with publishers Simon & Schuster, to write the semi autobiographical ‘Private Parts’. The public fascination with Howard made the book an amazing success. Within hours, the first print run of over 200,000 copies were gone from the shelves. After two weeks had passed, more than a million had been sold.

Howard was offered a second book deal in 1995, this time with a reputed $3 million offered to him. He produced a second title ‘Miss America’, and it met with even greater success, entering the New York Times best-seller list right at the top, and remaining in the list for a further 16 weeks. The first book signing that Stern set up, in New York, was swamped with fans estimated to number at least ten thousand. It eventually became the third best-selling book of 1995.

In 1996, Howard, who had ultimate control over the script, played himself in the film version of ‘Private Parts’. The film made general release in March 1997 and went on to top $14 million at the box office in its first weekend. It eventually made over $40 million in the United States alone, and was also a big hit in the UK and Australia. Stern won the Blockbuster Entertainment Award for ‘Favourite male newcomer’ in 1997 for his part in the film, and was also nominated for a Golden Satellite Award for ‘Best Male Performance in a Comedy’ the same year.

Perhaps that nomination was cancelled out by another one he received for the same performance, the not-so-coveted Golden Raspberry Award for ‘Worst New Star’ in 1998. Knowing Howard Stern, it wouldn’t be a surprise if he was disappointed not to receive the Golden Raspberry award too, although, in my opinion, Dennis Rodman was a far more deserving recipient of the award, for his unforgettable and spellbindingly terrible performance in ‘Double Team’.

By 2004, in the wake of the Super Bowl ‘NippleGate’ controversy, Howard was becoming frustrated with the increasing FCC interference in his radio broadcasts, he publicly blamed the George W. Bush administration for the crackdown, and urged listeners to support his opponent for the presidency, John Kerry.

Later that same year, the new restrictive practices on terrestrial radio broadcasts finally became too much for him to bear, and he split from WXRK after almost twenty years. Howard signed up with the satellite radio station Sirius for a five year deal that left him with far greater freedom than he had previously enjoyed. He was also given a $100 million a year budget, to spend on production costs, and complete freedom to do or say virtually anything on the air. Another five year deal was signed in 2010 and a third in December 2015, for a reputed $80 million a year, ensuring that Howard can continue his hugely popular shows until 2020 at least.

Howard replaced the less entertaining, and considerably less popular Piers Morgan on ‘America’s Got Talent’ in 2012, at the beginning of the shows seventh season. He remained on the huge TV hit until the end of its tenth season in September 2015.

In 2008 Howard was married for the second time, to model and actress Beth Ostrosky. The ceremony took place in the Le Cirque restaurant in New York City, and was officiated by Howard’s good friend, and actor, Mark Consuelos.

Does Howard Stern Have Children?

Howard had three daughters with his first wife, Alison Berns, who he met at Boston University. The couple married in 1978, when they were both aged just 24. They had three daughters together, Emily Beth in 1983, Debra Jennifer in 1986, and finally Ashley Jade in 1993. In 1999 the couple separated, mainly due to the pressures of Howard’s career. They divorced amicably in 2001.

Howard Stern’s annual income comes from a variety of sources, but mainly these days from his work on Sirius radio, and his involvement with America’s Got Talent, although he has now left the show. In 2015 he became the highest paid media celebrity in the World according to the Forbes rich list, they also list him as the fifth highest paid celebrity globally.

Howard has a number of homes, including a luxury penthouse, and several apartments, in the Millenium Tower in New York City. The radio stars most expensive home has to be a five bedroom mansion set in 3.5 acres of prime Palm Beach, Florida real estate that he purchased for $52 million back in 2013. Since then he has spent over $10 million on renovating the property, and in February 2016 it was reported he had spent another $200,000 on hurricane shutters to protect the 18,600 square foot mansion from storm damage.

Howard has been a supporter, as well as a fund-raiser, for the North Shore Animal League America for many years. The league is the biggest no-kill animal rescue and adoption institution in the World.

In 1994, Howard announced on his radio show that he intended to stand for Governor of New York for the Libertarian Party. At the time Stern supported the death penalty, although he has subsequently reversed his opinion and is now firmly against capital punishment.

He received the two-thirds majority required to achieve the candidacy, but in order to have his name placed on the final ballot paper, Howard was required to disclose personal information, including his earnings. The usually frank and open Howard withdrew his campaign, again publicly on his radio show, as he confessed that although he was was prepared to share many intimate details about his life, he didn’t want to be quite as open and honest about his personal earnings.

Stern has revealed that he suffered from obsessive-compulsive disorder throughout his University days and into his early career. He his credited his lifelong practice of transcendental meditation, encouraged by his parents, with helping to cure him of the complaint. He publicly thanked Maharishi Mahesh Yogi, who founded the discipline, for the assistance meditation has given him in his personal life.