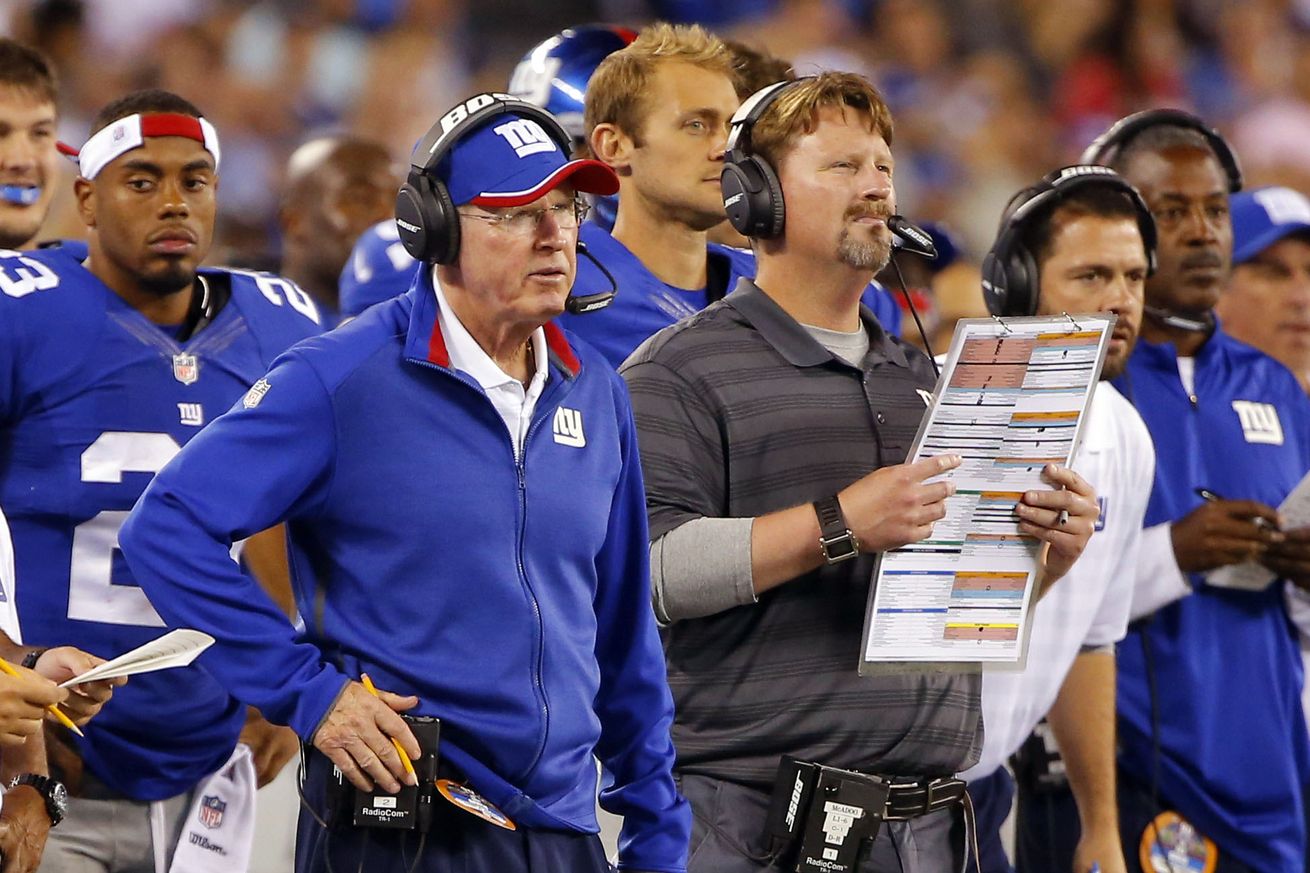 Professional sports is a highly profitable industry to be in, and the NFL is no exception. NFL players are capable of making tens of millions of dollars per year, and coaching staff are able to be just as successful. NFL head coaches are among the highest paid individuals on their teams, seeing as they are vital cogs in a team’s overall strategy and composition. Who are the highest paid NFL coaches in 2018? How much are they being paid? Let’s take a look. 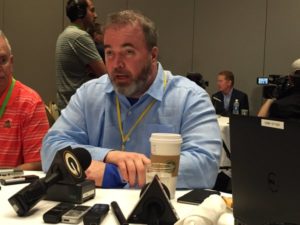 Mike McCarthy has been head coach of the Green Bay Packers since 2006, and during that time, the Packers have seen a significant amount of success. Over the course of the last 10 years, they have seen a Super Bowl championship, an NFC title, and five different divisional titles. Between 2006 and 2015, the Packers have only missed the playoff for two seasons. Mike McCarthy kicked off his coaching career small, acting as graduate assistant and wide receivers coach at Pittsburgh on an NCAA level. He entered the NFL in 1993 as offensive quality control coordinator for the Kansas City Chiefs. He was a quarterbacks coach for the Packers very briefly in 1999 before moving on to more illustrious positions elsewhere. He came back in 2006 though, and he has guided the team through 112 wins since. In November of 2014, Green Bay and McCarthy signed a contract to ensure that he would stay in Green Bay until 2018, at the very least. 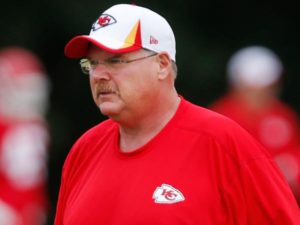 Andy Reid has also had ties to the Green Bay Packers, but that’s not what he is best known for. Between the years of 1999 and 2012, he was essentially the face of the Philadelphia Eagles. He acted as the head coach during that time, and between 2001 and 2012, he also sort of acted as the Eagles’ general manager. His initial hiring was deemed dubious by fans, who felt like he was a risky choice as coach, citing his lack of experience. However, Reid was mostly successful in Philadelphia during his early years with the team, leading them to multiple playoff appearances, and even taking them to the Super Bowl in 2004. However, as the Eagles’ performance declined from 2010 on, Philadelphia felt like it was time to move on. Today, Reid acts as the head coach for the Kansas City Chiefs, and just last year he helped bring the Chiefs to the divisional round of the playoffs. 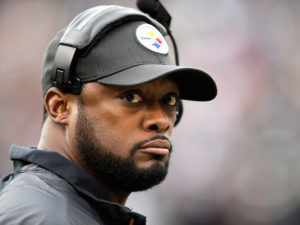 As far as NFL coaches go, Mike Tomlin has burned bright and fast. He began his coaching career as defensive coordinator for the Minnesota Vikings in 2006, when he was just 34 years old. During that time, he was praised for his work with the team, which ultimately resulted in the Vikings finishing out the season with the eighth best overall defense in the league. The following year, Tomlin was brought aboard the Pittsburgh Steelers as head coach, and he has remained there ever since. In his nine seasons with the team (which is more than accustomed to a certain level of success) the Steelers have made six post-season appearances, won four divisional titles, and a Super Bowl championship in 2008. In 2015, Pittsburgh and Tomlin agreed to a contract extension that kept the native Virginian in Pittsburgh through 2018. 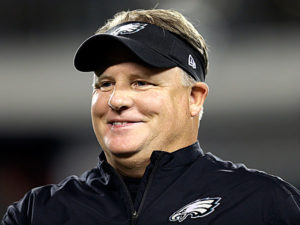 Chip Kelly is fairly new to the NFL, but his impressive career in college football has given him his fair share of recognition in the league. Between the 2007 and 2012, Kelly was a member of the Oregon Ducks’ coaching staff, as both an offensive coordinator and head coach. During that time, the college football team went from being relatively obscure to being one of the strongest collegiate teams in the country. His unique coaching style made for a Ducks offense that had an unreal presence on the field, being fast-paced and high-scoring. To this day, his NCAA coaching records stands at an impressive 46-7. Due to his exemplary performance in the NCAA, Kelly was eventually hired in the NFL by the Philadelphia Eagles, where he coached from 2013 to 2015. However, he didn’t seem to be able to implement his west coast style offense in Philadelphia, and so he was fired in late 2015. Just a couple of months later, though, he was hired by the San Francisco 49ers, where he coaches to this day. 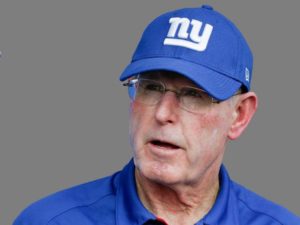 Tom Coughlin retired from the NFL earlier in 2016, but I still think that the New Yorker is worth mentioning on this list. Coughlin entered the NFL in 1984 as a wide receivers coach for the Philadelphia Eagles, and he bounced around from position to position and team to team until he seemed to have met his match. In 2004, the New York Giants hired Coughlin, citing his experience with the Jacksonville Jaguars as head coach.(Coughlin led the Jaguars to four consecutive playoff appearances between 1996 and 1999.) He was able to carry this level of success with him to New York, where he was able to bring the Giants to five playoff appearances, three divisional titles, and two Super Bowl Champions. However, the Giants haven’t made the playoffs since 2011. Citing his lack of success with the team, and his growing age, Coughlin made the decision to step down as head coach of the Giants in January of 2016. 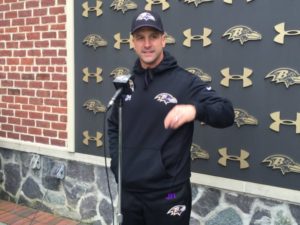 Although the Baltimore Ravens aren’t exactly the most well-known team in the NFL, with the help of John Harbaugh, they have broken quite a few records. Harbaugh acted as special teams coordinator for the Philadelphia Eagles for almost ten years prior to coming to Baltimore, which made Ravens fans somewhat skeptical of his hiring. However, Harbaugh has coached for the team since 2008, and they have seen literally unprecedented levels of success since then. He holds a regular season record of 77-49, and the Baltimore Ravens have been carried to a whopping six playoff appearances since his time with the team. This becomes an even more impressive figure when you consider the fact that five of those appearances came consecutively, starting in his rookie year as coach and ending in 2012 with a Super Bowl victory. He just recently finished out his first losing season with the Ravens due to multiple injuries, but the future still looks bright for this consistent coach. 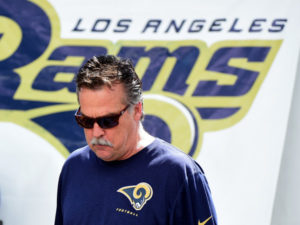 Jeff Fisher has been in in the NFL for a very, very long time. He started his career as a defensive back for the Chicago Bears between 1981 and 1985, where he primarily played on special teams. However, due to a career-ending injury, he was forced to step off of the field as a player. But his coaching career had just begun. That following year, the Bears hired Fisher as a defensive assistant, which would eventually enable him to rise through the ranks of NFL coaching. This all led to him being hired as head coach of the Houston Oilers (later renamed to the Tennessee Titans) between 1995 and 2010. Fisher was a fairly decent coach for the Titans, at times. Between 1997 and 2010, he helped the tea make six playoff appearances and win three individual divisional titles. However, he ultimately left the Titans for St. Louis in 2012, where he has struggled immensely. It is hoped that the Rams relocating to Los Angeles will spark a new fire in the stagnant team. 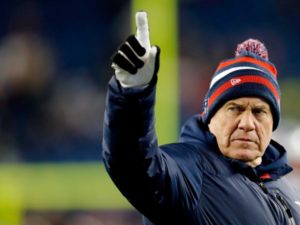 I think that it can be argued that Bill Belichick is arguably the best (or at least most proven) coach on this list. He has been coaching in the NFL since 1975, bouncing around from team to team to team before ultimately settling in New England in 2000. During his time with the New England Patriots, Belichick has propelled the team to incredible heights. he has been named AP NFL Coach of the Year three individual times. In his 16 seasons with the Patriots, they have gone to the playoffs 13 times. They have won 13 divisional titles, six conference championships, and four Super Bowls. (If it weren’t for them losing the Super Bowl, they would have had a perfect season in 2007.) To this day, Bill Belichick is tied with Chuck Noll for having the most Super Bowl victories as head coach. With all of these accolades and accomplishments in mind, it sort of seems like he’s underpaid for what he does. 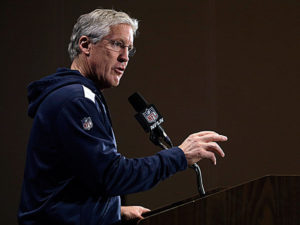 Pete Carroll has dabbled in the NFL for quite some time, having brief stints as head coach for the New York Jets and New England Patriots. He was able to bring New England to the playoffs twice in 1997 and 1998, but a disappointing 1999 season led to him being fired. Carroll then returned to the NCAA, where his coaching career started off to begin with. He was the head coach of the USC Trojans for nine years, where he flourished. Carroll’s all-time record with the Trojans stands at 97-19, and he is thought to have revived the once-great college team. He later returned the Seattle Seahawks in 2010, where he almost immediately began to dominate. Within the span of six seasons, he led the team to five playoff appearances, three divisional titles, and a Super Bowl win in 2013. 2016 will be the final year of Carroll’s contract with the Seahawks, but if he continues to deliver on such a consistent level, I think it’s no question that the coach will be staying in Seattle for a few more years. 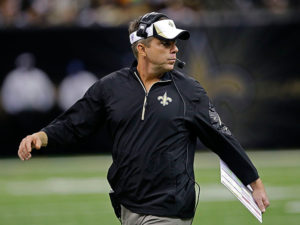 Sean Payton’s NFL chronicle has been a pretty unique one. He began his coaching career in 1997, and he became head coach of the New Orleans Saints by 2006. With the help of new-to-New-Orleans quarterback Drew Brees, Payton carried the demoralized team a playoff appearance and divisional title in his first year. He then brought the Saints to their first ever Super Bowl win in franchise history in 2009, which essentially cemented him as being one of the most beloved head coaches that New Orleans had ever had. He brought the team to three consecutive appearances (and a divisional title) after that win. The scandal of Bountygate led to Payton being suspended as head coach for a period of time, but he returned in 2013. The Saints haven’t made the playoffs since then, and although players have grown frustrated with the team, it seems that the staff believe Payton is still the man for the job.