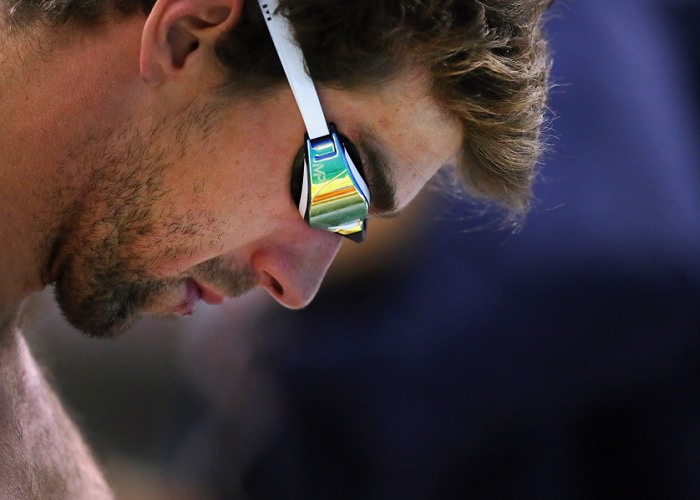 Michael Phelps, the Bullet from Baltimore, is by every reasonable measurement, the most successful Olympian of all time. He is the most decorated athlete the games have ever produced, having gained 22 gold medals over three games. Eleven of his golds were for individual events, another record for the boy from Baltimore. In 2008, at the Beijing games, Michael was catapulted to instant Worldwide celebrity with his complete domination of the mens swimming events, he took first place in eight events, the most wins for one person in a single games, beating the record set by fellow swimmer and living legend Mark ‘’The Shark’ Spitz, who took seven golds at the Munich games in 1972.

But being the fastest swimmer alive doesn’t automatically pay the bills, so how exactly has Michael earned enough to splash out on whatever he likes?

How Did Michael Phelps Make his Money & Wealth

Michael Fred Phelps was born June 30th 1985 in Baltimore, Maryland, to Debbie and Michael Senior. Michael was an active child, far too active in fact, and his parents sought medical advice. He was eventually diagnosed with Attention Deficit Hyperactivity Disorder (ADHD), and, encouraged by his older sisters who swam regularly, he turned to swimming to provide him for an outlet for the excessive energy the disorder caused.

Michael took to his new sport like a fish to water, and by the age of just ten, he had already broken a National record in his age bracket. It wasn’t the only national record he took, as he approached his teenage years he began training with the North Baltimore Aquatic Club, under the expert guidance of Atlanta State University swimming coach, Bob Bowman. He set a number of other records for his age group while with the club, and his improvement in strength and speed was enough to bring him to the attention of the Olympic selection process for the 2000 Olympic games, to be held in Sydney, Australia.

Michael qualified for the Sydney games, and at only 15 he was the youngest man to win a place in the US Olympic swim team for almost 70 years. He managed to take fifth place in the finals of the 200 meter butterfly in Sydney, it was an impressive achievement for someone of only 15, and the talented young man was quickly noted as one to watch for the Athens Olympics in 2004. No-one had to wait that long to see Michael’s growing talent. In 2001 he broke the World record for the 200 meter butterfly and became the youngest male to ever hold a swimming World record.

The World of International swimming became almost predictably successful for Michael Phelps for a few years, he dominated the 2002 Pan Pacific Championships with three gold medals, and two silvers. He Helped to set a new 4×100 medley World record, largely due to his own efforts in the team event. His individual time, known as a ‘split’ in the World of swimming, was at the time the fastest split in the event ever recorded.

The run-up to the 2004 Athens games was full of pressure for Michael, the media piled on the expectations and the added tension was an unwelcome distraction for him, but his first event showed that he could deal with anything once he was in the pool. He took a gold in the 400 meter individual medley, as well as breaking his own World record with a time of 4:08.26, and that was just a pre-runner to his success for the rest of the games. He eventually gained six gold medals, two bronze medals, another World record in the 4×100 medley and three Olympic records.

The next few years were hugely successful for Michael, he ruled mens international swimming and gained many awards before his finest hour arrived. The 2005 World championships produced another five golds, the 2006 Pan Pacific championships got him another five, as well as another three new World records in the 200m butterfly, 200m medley and 4x100m freestyle.

The 2008 Beijing games were monumentally successful for Phelps. The young swimmer, who had dominated the sport for so long reached the peak of his physical abilities at the Olympics that year, and made them historic by his contribution alone. His utter destruction of the competition is best illustrated by his performance in the 400m medley at the games. He set an Olympic record in the event, in the Preliminary heat, usually not the round that records are broken, but when he won the Gold in the final a few days later, he broke his own World record by almost two seconds, an incredible improvement.

Phelps was setting the bar for himself and generations of swimmers to follow. At the end of the Games his incredible performance had netted him that record breaking haul of eight Gold medals, only one of which hadn’t resulted in a new World record, his Gold in the 100m butterfly had ‘only’ broken the Olympic record. The media went into a frenzy over his incredible success across the globe, Michael Phelps became the biggest swimming star the world had ever seen.

Michael earned an estimated $7 million annually in the years following Beijing, mainly from sponsorships and endorsements. A measure of his celebrity appeal can be seen in the $100,000 he was paid in 2008 to swim a few laps at a party, you know you’re successful when you get paid a fortune to do what you do every day for free.

The success didn’t stop there for Michael, the 2012 London Olympics gained him another four gold medals and two silver medals, and he earned a reputed $12 million in sponsorship annually, in the years following the games.

After a brief spell in retirement, Michael is back now in 2018, he has just completed 18 months probation for a second DUI charge and the apologetic Olympic star has apologized to fans and colleagues for his mistake. He wants to put the incident behind him now and concentrate on the 2016 Rio games, his fifth Olympics and one where the new, maturer and more responsible Michael Phelps is hoping to break a few more records before he finally retires for good.

Michael met long-time girlfriend Nicole Johnson in 2009. He split up with the model and former Miss California briefly in 2012, but they reconciled their differences and got back together soon afterwards. In May 2015 they announced their engagement.

Does Michael Phelps have any Children?

Nicole gave birth to the couples first child, son Boomer Robert Phelps, on May 5th 2016. Michael often uses Twitter to share his family activities and has never seemed more content with his life than he is now. He recently shared with followers that he is waiting for the day when he can take Boomer down to the pool with him, so there could be another Phelps dominating international swimming in another decade or so, if young Boomer has just a fraction of his famous fathers talent.

Michael’s earnings are estimated these days to be around $5 million a year, mainly from endorsements with big names such as Visa, Procter & Gamble and Louis Vuitton. He has also worked with The Hilton Group, Subway and Hewlett Packard amongst others. In an Olympic year like 2016 he could drastically increase his income, if he can repeat some of the phenomenal performances of previous games. 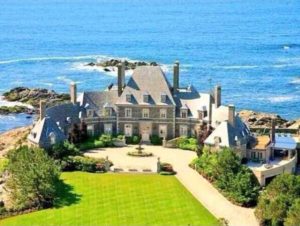 Michael is very private about his personal life, but he sold his Baltimore Condo back in 2009 for $1.5 million, and bought an impressive Newport Beach Mansion for an undisclosed price. Although details on the huge property are scarce, it is believed to have cost at least $8 million.

After the Beijing Olympics in 2008, Michael received a $1 million bonus from his long-time sponsor Speedo due to his record-breaking run of eight Golds at the games. He used the money to found the Michael Phelps Foundation, which aims to promote healthier living and further the sport of swimming, especially amongst children. The foundation works in partnership with Select Boys and Girls Clubs to promote its IM Program, named after Michael’s signature event, the Individual Medley. The program provides grants for talented swimmers who require funding and supports swimming clubs with training and equipment.

Michael has always shown ‘a rigid focus’ according to long-time coach Bob Bowman. Michael himself has spoken about his motivation when competing ‘I don’t look at the medal count or the world record count. It’s the passion I have for the sport, I’ve loved every second of it’.

Perhaps the impact of Phelps on Swimming is best summed up by another legendary Olympian, Mark Spitz. As Michael took his title for the most gold medals in an individual games in 2008, Spitz commented ‘Not only is Michael the greatest swimmer of all time and the greatest Olympian of all time, he’s maybe the greatest athlete of all time.’ fine praise indeed from Spitz, who was considered the finest swimmer of his own generation, but in a way he had it easy, he never had to compete against Michael Phelps, the Baltimore Bullet.