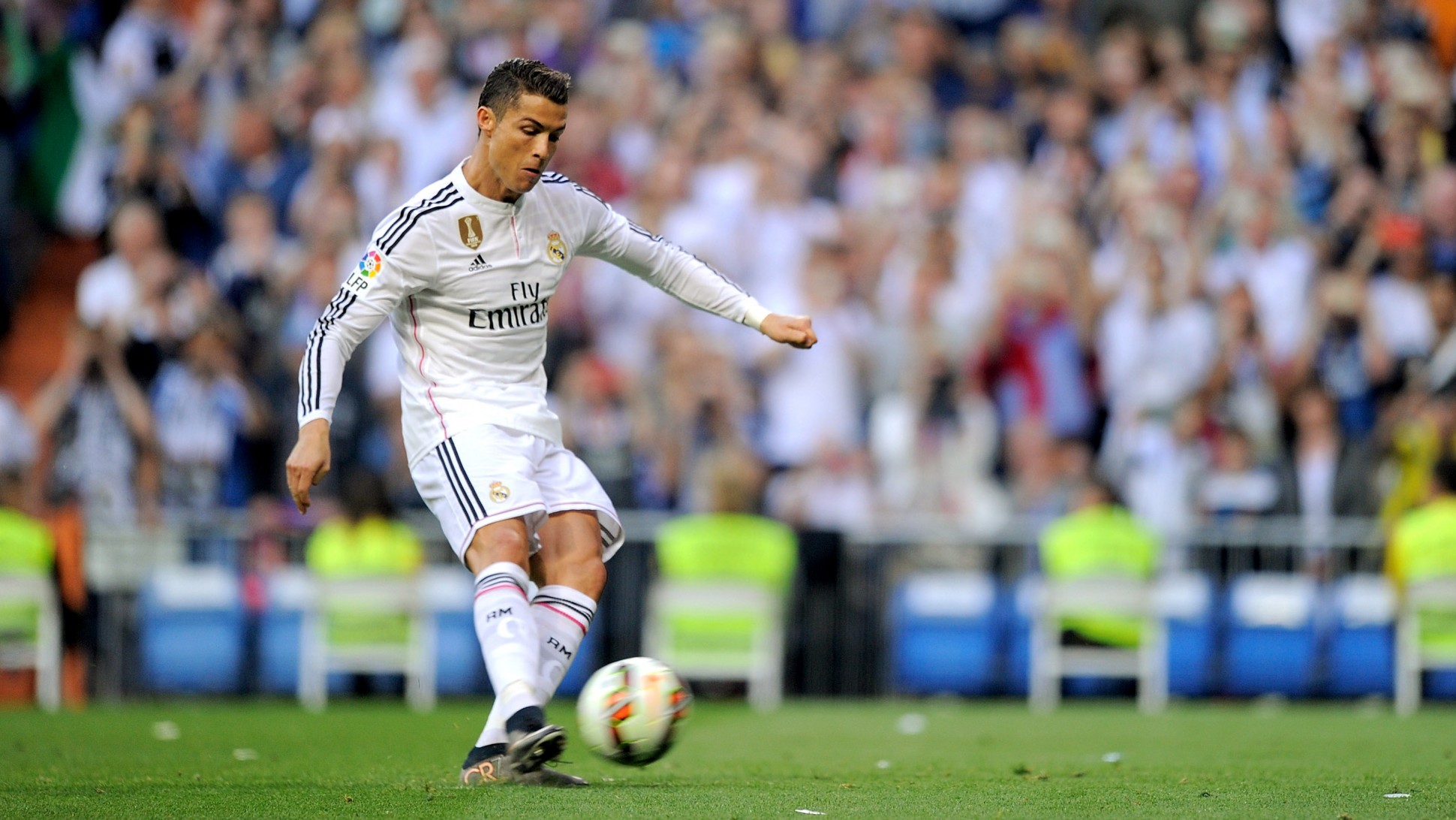 With consistently good performances and great branding, a select number of sports teams have managed to transcend their sport and their country, achieving worldwide fame. Having fans of your sport team all over the world is obviously very profitable. It leads to huge international television deals, high merchandise sales, not to mention high ticket prices with constant sellouts.

The top sports teams in the world are now worth billions of dollars. Perhaps unsurprisingly, most of the teams on the following list are American. This makes sense because of how commercial sports are in the USA. Huge TV deals, an insane amount of advertising, and the American love for buying sports merchandise have helped American football and basketball teams take many of these slots.

However, many of the top slots are also taken by soccer clubs. Soccer is such an international game that teams like Real Madrid and Manchester United literally have fans all over the world. Looking at the top fifty most valuable sports teams, the list continues to be dominated by American teams. There is one German team, which is the Bayern Munich soccer team. There are three English soccer teams, one Italian auto racing team, and one Canadian hockey team. The rest are all American, and are all basketball, baseball, and football. Let’s take a closer look at the ten most valuable sports teams in the world right now. 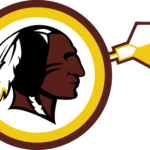 The Washington Redskins have, at times over the last decade, been the most profitable team in the NFL. They are also one of the most successful teams in the history of American football, having racked up over six hundred wins in both the regular season and the playoffs, and winning three Super Bowls. Much of the Redskins’ financial success comes from their very high attendance numbers and popularity with fans. In fact, for ten years running now they’ve broken attendance records. The Redskins play in Landover, Maryland, they train in Richmond, Virginia, but they are based in Ashburn, Virginia. In recent years the Redskins have been subject to scrutiny, as some people perceive their logo and name to be offensive towards Native Americans. However, the fans support the name and logo as it is, so it has yet to change for now. 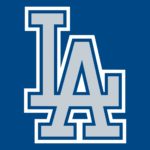 The Dodgers are the first of two Los Angeles based teams on this list. Like the Washington Redskins do in football, the Los Angels Dodgers lead the MLB when it comes to attendance numbers. Another part of their massive revenue and worth comes in the form of television deals. The team has a deal with Time Warner Cable that will pay them over eight billion dollars in a time span of twenty five years. The Dodgers are owned by Guggenheim Baseball Management, and they saw the value of their team increase by twenty percent over the last year. As you’ll find the case to be with many of the teams on this list, they have a storied history of success. They’ve won six World Series titles over the years, and they’ve won their division more than twenty times. They’ve been based in Los Angeles since the ’50s, after relocating from Brooklyn, New York. In that time, they’ve been home to some of the most accomplished baseball players of all time. 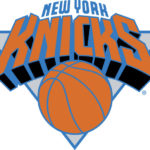 The New York Knicks are the first of two New York based teams on this list, and they have a bit of a funny thing going right now. They are a very bad basketball team. Last year their record was 17-65, to give you an example of how bad the Knicks are. Still, they make a lot of money on ticket sales. This is partially because of their long history. Initially known as the Knickerbockers, they are, along with the Boston Celtics, the only two original NBA teams that haven’t relocated. They were a very good team when they started out in the ’50s, and were a championship team multiple times in the ’70s. They were good again in the ’90s, when they competed fiercely with teams like the Lakers and the Bulls. However, they haven’t really been a winning team in the 2000s at all. Still, they are one of the most famous and valuable basketball teams, only recently being passed by the Los Angeles Lakers as the most valuable NBA franchise. Coincidentally, the Lakers are also not a good basketball team at all right now, having one of their worst seasons in franchise history this year. 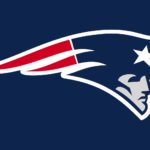 What most of the teams in list have in common is that they combine great television deals with high attendance numbers with really high ticket prices. The New England Patriots are one of the most successful teams in the history of the NFL, and they have the highest ticket prices in the league. They play in Foxborough, Massachusetts, which is about an equal distance between Boston and Providence. This is a similar situation to the Washington Redskins. Both teams have home fans from multiple different states, which leads to huge attendance numbers as many people feel loyal to the teams. The Patriots have been in the Super Bowl eight times. The combination of quarterback Tom Brady and head coach Bill Belichick is one of the most successful player-coach relationships in the history of team sports. 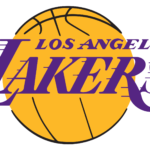 The most valuable basketball franchise in the world is the Los Angeles Lakers. The Lakers are one of the most successful teams in the history of the NBA, and have won sixteen championships over the years. Their financial success is largely due to a massive television deal with Time Warner. For that deal, they’ll be paid four billion dollars over twenty years. Still, the Lakers may find themselves falling on this list due to very terrible play over the past few seasons. They were 21-61 this year, the worst season that they’ve ever had. One of the greatest players in the history of the franchise, Kobe Bryant, just retired and the team’s future is uncertain. Their TV ratings dropped by twenty percent this year, and they dropped a huge fifty four percent the year before that. Good thing they signed that long TV deal, but if interest in the Lakers continues to drop, they could find themselves in some financial trouble before they know it. 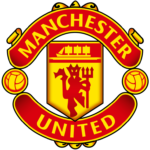 At this point in the list, we reach the sports teams that have truly global reach. Teams who’s jerseys could be seen in any countries, from tropical beach locations to the arctic plains. Manchester United, nicknamed The Red Devils, were founded in the 1800s and have seen a combination of ups and downs over the years. They have been the first home of some of the highest profile players in the world over the last decade or so, like Cristiano Ronaldo and David Beckham. They are known for their high profile signings, as well as their fierce rivalries with other English clubs. They recently signed a giant endorsement deal with Adidas that pays them over a billion dollars. Still, like the Los Angeles Lakers, they haven’t been playing very well lately. Usually a fixture at the top of the Premier League standings, they’ve seen themselves settling into the middle of the pack in the last few years. 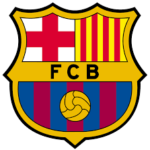 The Spanish soccer league has two teams that are financial beasts that tower over the rest, and Barcelona is one of them. They were founded back in 1899 and are one of the most decorated teams in soccer. They are home to maybe the best soccer player in the world and one of the best soccer players of all time in Leo Messi, and they constantly rank among the highest teams when it comes to yearly revenue, making around 650 million in revenue last year. They develop their players in one of the best youth soccer programs in the world, and they are the most followed team in the world on social media.

There is no more recognizable team in baseball than the New York Yankees. They are the top team in terms of attendance when it comes to the American league, with over forty thousand fans turning up for each of their games on average. Their iconic pinstripe uniform has become a symbol of power and success in the sport, and the Yankee hat can be seen without surprise nearly anywhere one goes. They have well known rivalries, including with the Boston Red Sox. They are known for having a dedicated, ritualistic fanbase, and have been home to many of the greatest and best known baseball players in history. 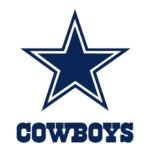 The Dallas Cowboys are the most valuable NFL team as well as the most valuable team in American professional sports. This is mostly because they somehow cultivated a reputation as being America’s favourite football team, which means that they have fans and supporters across the country, as well as across the world. They have great attendance numbers, having sold out every single regular season and playoff game since 2002. They have a massive twenty five year, $500 million stadium naming rights contract that boosts their value. They generate more revenue than any other team in US pro sports, and are one of the most winning teams in NFL history.

For three straight years, the Real Madrid soccer team have been the most valuable sports team in the world. They are also the top soccer team in the world when it comes to revenue. They were founded in 1902, and have never been relegated from the top tier Spanish league in that time, an impressive feat that indicates stability and constant success. They lead the current UEFA club rankings, and have been called the best soccer team in the century in many polls. The current incarnation of the team is lead by Cristiano Ronaldo, one of the most popular and controversial athletes in the world who has a massive personal social media presence. They recently won the Champions League title for a record tenth time.

Looking at the teams that cracked this list of the top ten most valuable teams in sports, it’s easy to see what factors lead to teams achieving worldwide fame and being worth billions of dollars in 2018. You have to have a storied history, with a history of winning which lends itself to building life long, raving fan bases. An iconic uniform helps, because then you can make a lot of money selling merchandise and spreading brand recognition. All these teams have killer licensing and TV deals, but most importantly, they’ve consistently won games and championships for decades at least.

Who do you think is the next team to crack the top 10 list? Let us know below!