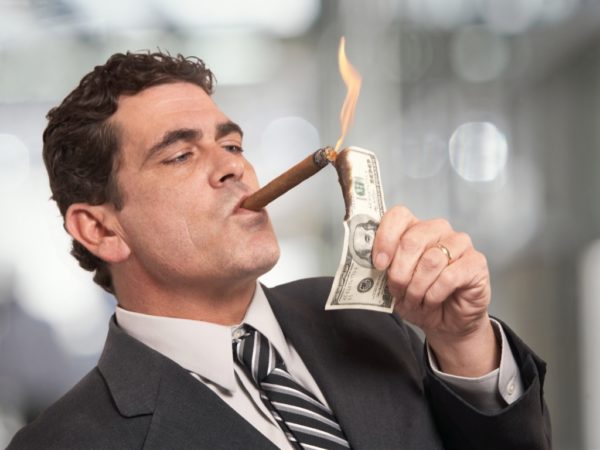 For many of us, finding a job that pays a decent wage has become harder than we had imagined. Between economic crunches, the rise of automation, and a more heavily qualified hiring pool, it is safe to say one has to be smart about how to apply themselves to get the best job, with the best salary. Here, we list the top ten earning jobs straight out of school. These salaries are averages of the starting salaries, and are estimated as national averages for 2018 in the United States; Your exact location may vary slightly.

Starting off our list is a job that while not for everyone, can be extremely rewarding. Nursing is among the most stable careers in terms of employment, and given the aging population will be even more in demand in the coming years. This is also likely to mean a significant pay boost to the already decently compensated nurse. Duties and experiences may vary greatly based on your place of employment and decided specialization, but most often this job requires great people skills, a quick mind and a willingness to handle long hours alongside stressful situations. Having an entry level job in nursing also allows you to later advance to the role of Nurse Practitioner if you wish to continue your education, which comes with a massive salary upgrade, as well as prescription privileges and the ability to run your own clinic in many states.

Since the beginning of Web 2.0, almost business and entity has found the need for a properly designed website, whether to sell their newest product lines or promote cat videos. As a web designer, you would be able to leverage your knowledge in design, coding and content management to make customers able to show off their goods in a clean and polished manner. While “What You See Is What You Get” website making services have somewhat diminished demand, there is still plenty of work available in the field. Becoming a Web Designer also has the benefit of requiring very little formal education investment. While an associate or bachelors degree is preferred, the most influential factor in getting a job in the field is a portfolio of previously created sites to show off your talents. Web Designers also have the opportunity to work for themselves as freelance designers, and can make significantly more for their efforts.

Internet Marketing is the ideal job for someone who is both great at marketing strategies, and also doesn’t particularly mind working outside of public view. While you do have to have some skills akin to the aforementioned Web Designer, an education in business or marketing is usually required. Among the top duties for an Internet Marketer is building successful email sales campaigns and doing search engine optimization to allow for clients sites to be on the top of the search results stack. As an Internet Market, you may also find yourself working with teams comprising of artists and designers to create promotional links and banners to aid in sales for the client company.

Software Developers are among the most sought after employees for start ups and large technology businesses. While a career in development requires a degree in computer science or program design, as well as plenty of tinkering on your own time, a comfortable starting salary with plenty of advancement may await. Once you decide on this career path, you will have the opportunity to work with almost any other industry, as the world becomes more interconnected. One extra perk is that this is one of the few careers where telecommuting is relatively common in the industry, which allows for the fulfillment of the true American Dream: making money in your pajamas.

Pharmaceutical companies often get a bad reputation for experiment standards, the price of their drugs, and influencing policies when it comes to health-care for the benefit of business. That being said, they are an integral part of the health-care system, and often find the need to share new drugs with physicians so they can find themselves useful to patients whose lives may be greatly improved by them. As a pharmaceutical representative (often shortened to “drug rep”), you would be responsible for going from office to clinic, educating and showing the major benefits of the drug you represent over current treatment methods. This often includes at least a cursory knowledge of chemistry and biology, plenty of sales confidence and a knowledge of pharmacy research that is often provided on the job. Major perks of this job include regular bonuses, typically a company car and plenty of free business dinners. An college education in a scientific field is usually preferred, but a background in business will also get you far in this industry.

After the global economic crash of 2008, there has been a slight salary hit for this field and thus it has slipped from the spotlight. That being said, there is also a continued demand for analysts and the starting pay is significantly better than many other fields. Typically quite a bit of economics and accounting knowledge is required to work with financial models, so a degree in such fields is typically required. This career is a fantastic jumping off point to many other lucrative business careers, which will give you skills to handle the surprisingly high amounts of money you may end up handling in your own accounts.

These days everyone needs in house “IT Guys”, from restaurants to clinics to car dealerships. Ensuring a safe, secure connection and handling various mishaps inherent in technology is an entry level job that can have exceedingly good pay, and for good reason; If a system down so is any chance for a company to make money. Systems Administrators usually require a COMPTIA certification (which can be done via self study) and at least an associates degree in IT or Computer Science. Given the large gap between educational requirements and salary, you may find yourself in competition with quite a large number of applicants for the same position, so it is recommended that time is spent in learning related tasks (database management is a fine example) to increase your hireability.

Actuaries are a bit of a rare group. Not nearly as flashy as the related Financial Analysts or Bankers, these individuals are still highly skilled in risk assessment, finances and accounting, and get paid a great salary for those skills. Actuaries also have the benefit of having incredibly secure jobs, as there is both high demand for them, and a low population with the career in mind. Typically working for insurance companies, this career can certainly carry some stress, but also comes with top of the line benefits packages.

Engineering has been a reliable career choice for over 50 years in the United States. Whether you want to go into Electrical, Mechanical, Aeronautical, Civil, or even the newer field of Biochemical Engineering, there is plenty of money to be had. The job security that comes with being an engineer is renowned, having one of the lowest unemployment rates by profession. As expected, nearly all careers require a degree in the specific field you are interested in, and it’s often preferred to have at least one internship in the desired career path as well. If this career does turn out to be your dream job you can also expect salary expansion at a great rate, as many engineers see their salaries nearly double within 10 years of working in the field.

As to be expected, the job of an Investment Banker takes the top spot of earnings on this list. This high stress, risk and reward career is seen as the culmination of the capitalist’s dream to some, a bane of economics to others, and to others still a typical nine to five. For the newly hired, the first few years may seem to be a weeding out process- long hours of work, dealing with life changing sums of money and competing with those you work with. This may seem insane to anyone but an A-type personality but with an outlook that includes salaries well into the six figures range, perhaps a little insanity isn’t so bad. Most Investment Bankers are educated in finance or related fields, and some even pad their resume with advanced related degrees (which may be a good idea) as the competition for even entry level positions in this industry is fierce.