The Top 10 Most Expensive Cars 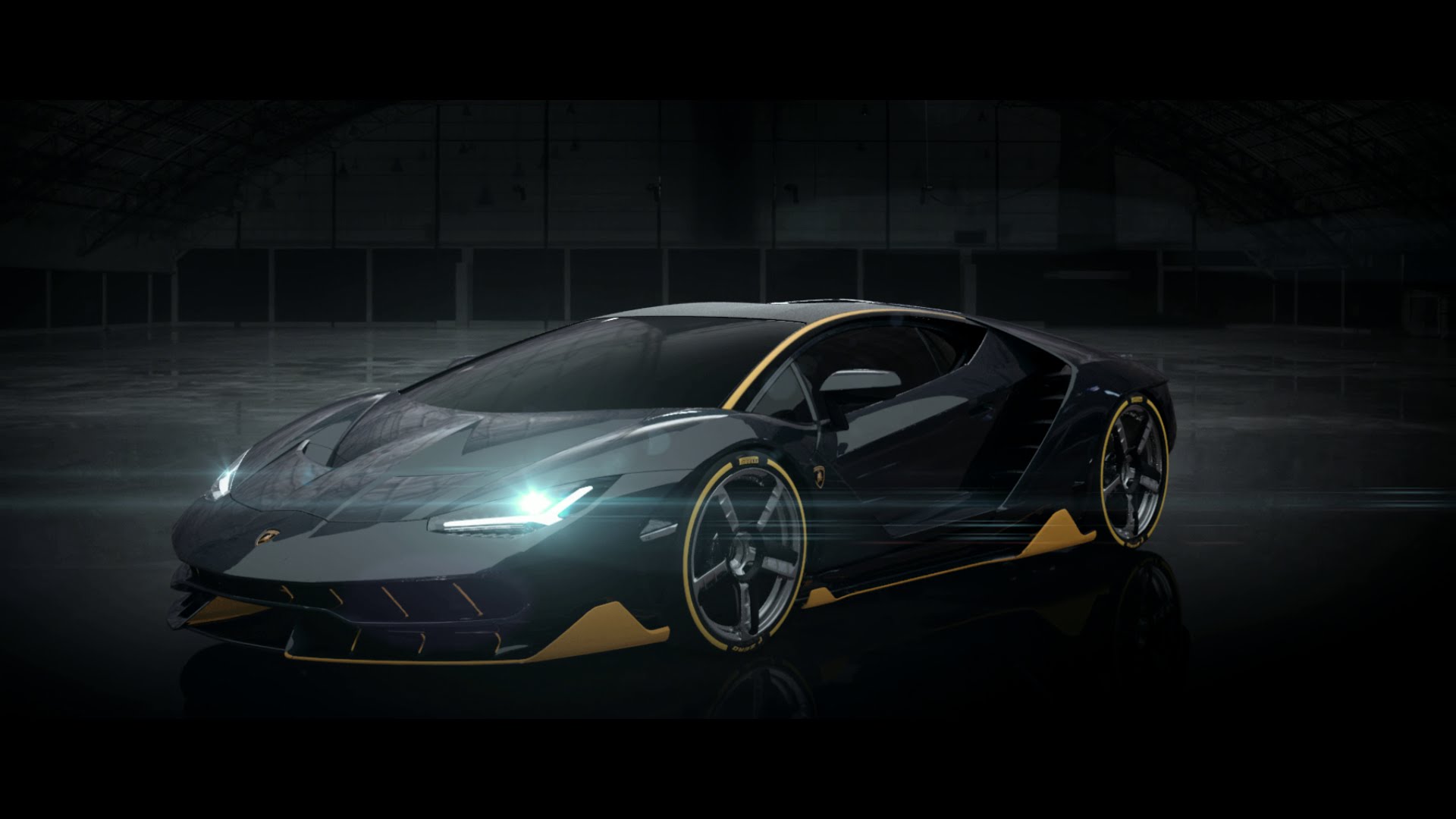 Cars have stopped being exclusively transportation vehicles a long time ago. Now, manufacturers try to provide drivers with the best possible experience by fine-tuning car performance, making cars comfortable for long rides, increasing safety measures, and so much more.

Automobile industry is rapidly growing, and presenting us with many options when buying a car. Whether you need a smaller car for city navigation, a family sedan or an incredible sports car, you can find it all. And with all the competition that exists today, cars are becoming more and more affordable.

Well, most of them. Some cars are proudly stating their huge price, because they are the creme de la creme, the best of the best. Today, I’m presenting you with top 10 most expensive cars that money can buy.

I won’t be including prototypes, or single-edition vehicles. It’s all about cars that were or can be bought by a regular person…provided that they can afford it.

Without further ado, here are the most incredible looking, ridiculously well performing and  highly priced cars. 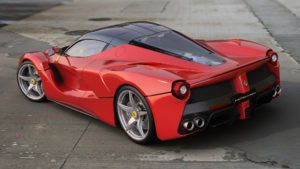 We’re starting off with one of the most known Ferrari models, the F150, commonly known as LaFerrari.  LaFerrari was revealed 3 years ago, in 2013, at the Geneva Auto Show, and left everyone speechless.

LaFerrari literally translates to “The Ferrari”, which is company’s way of saying that this is what they’re all about. This two-seater is powered by a 6.3 litre Ferrari V12, and is capable of reaching 60mph (100kmph) in less than 3 seconds.

The top speed exceeds 218 mph (350 kmph). The company has stated that LaFerrari lapped the famous Fiorano Test Court in 1 minute and 19 seconds, faster than any other Ferrari ever.

Rumor has it that you can’t just go and buy The Ferrari. Many people have expressed interest in purchasing this hybrid, but not many of them got it. Only the people who are loyal Ferrari customers, and already own a couple of them, can buy it, after getting approved by the company.

That being said, all 499 units that were produced, were sold out before the unveiling. 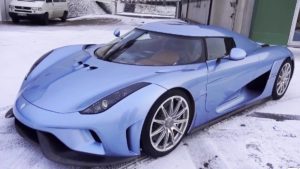 Koenigsegg is a Swedish company that is trying, and succeeding, in decreasing the market share of Italian supercars companies. Their Regera model, that was unveiled at the Geneva Motor Show last year, is their attempt at making a more practical and luxurious car than their usual.

You may be wondering, if this is practical for Koenigsegg, what do they consider a true sports car? Well, sit tight, because they still aren’t done with this list.

Back to the Regera, the word that literally translates to “to rule”. It is capable of reaching  250 mph (400 kmph) top speed, and it goes from zero to sixty in 2,8 seconds. Only 80 Regera models were produced, 40 of them sold out as of this March. In other words, if you have close to two million dollars to spare, you can buy your right to rule. 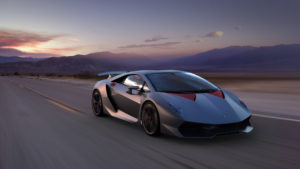 Before we get into the details about this Lamborghini monstrosity, here’s a fun fact regarding its name. Sesto Elemento means “sixth element” in Italian. And what is the sixth element in the periodic table? Carbon.

And carbon is what this supercar is made out of. Most of its parts are forged from carbon, or some variation of it.

The Sixth Element uses Gallardo’s 5.2 litre V10, but is much faster than the Gallardo. Due to being made out of carbon, this car weights only around 2,200 lbs (1000kg). That’s less than a Honda Civic.

Due to the combination of massive horsepower, and being very lightweight for a supercar, Sesto Elemento reaches 0-60 in 2,5 seconds, and is capable of driving up to 220 mph (355 kmph). Only 20 units of this car were made, and, you’ve guessed it, all have been sold.

Our first tie is here, between two manufacturers that have already reached the list and shown some impressive specs. But, what do both Lamborghini and Koenigsegg offer for $2,400,000? Let’s find out! 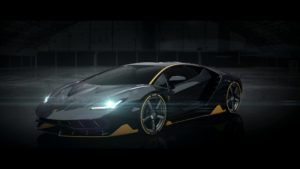 Another fun fact regarding the name of a supercar; “centenario” means “centenary”, which is the hundredth anniversary of a significant event. This Lambo was given this name because in this year, Lamborghini commemorates the 100th birthday of their founder, Ferruccio Lamborghini.

And what better way to celebrate a car lover’s birthday, than to dedicate a supercar to him. 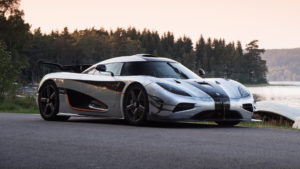 Koenigsegg reaches our list once again, this time with their One:1 model, that is $500,000 more expensive than the Regera. Revealed at the (you know it) Geneva Motor Show in 2014, the One:1 also has an interesting story behind its name.

There are exactly 7 of these in the world, and even if you had $2,4 million, you wouldn’t be able to buy it – they’re all sold out.

Another tie, this time between two Italian manufacturers. Let’s see what can two and a half million dollars get you from Ferrari and Pagani. 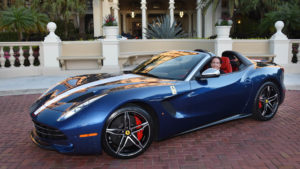 Released at Ferrari’s 60th anniversary in the USA, this 2014 car left everyone speechless. It is based on the Ferrari F12, using the same V12 engine, but it has a whole new body and no roof! Yes, the F60 America is a convertible.

This car goes from zero to sixty in a little over 3 seconds and can reach 210 mph (337 kmph) if you decide to floor it. Of course, this is a limited edition car, and all 10 of them are long gone. 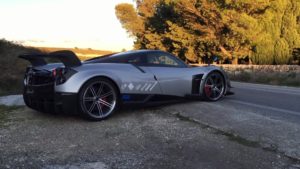 First Italian listing other than a Ferrari or a Lambo, this Pagani stands up to both of those. Pagani is known for making extraordinary cars, and the Huayra BC is nothing but that.

Revealed at this year’s Geneva Motor Show, BC is the extreme version of the regular Huayra. The Huayra BC uses the standard V12 Huayra engine, but is considerably lighter than its predecessor, so it can go faster.

Twenty of these cars have been made and sold, with another 20 roadster versions on the way. And the preorders have already begun.

Status: Available (in the future) 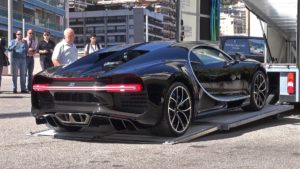 You knew that there had to be a Bugatti on this list, right? And here it is. Bugatti’s first race horse is the Chiron, priced in retail at $2,600,000.

500 of these will be produced, and 170 have already been ordered, so hurry up if you’re interested in one of the fastest cars in existence. 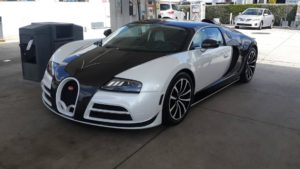 Two Bugatti’s in a row, who would’ve guessed. The Veyron is possibly the best known Bugatti model, and there is a special, limited edition, priced at almost 3 million dollars.

Mansory is a luxurious car modification company from Switzerland, and in 2013 they have modified the Veyron. The special edition is called VIVERE. The car looks spectacular, and the price reflects it.

Only 2 of these were made, and appeared for sale a few times over, so you can expect them to come up once again, eventually.

Status: Looking for the right buyer 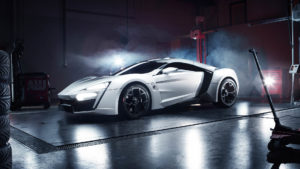 So why is it so much more expensive than a Bugatti or a Ferrari? Well, perhaps because it is plated with diamonds, rubies and sapphires, and has golden stitching on the seats.

Only 7 of these were made, but they’re planning on a successor that will sell up to 30 units. 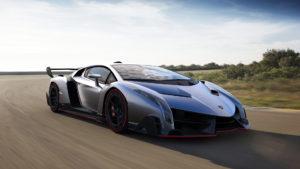 Another Lambo model built upon the Aventador. Revealed in 2013 at the Geneva Motor Show, this car is all but ordinary.

Veneno reaches 0-60 in 2,8 seconds, and its top speed is 221 mph (356 kmph). While it is extremely powerful and fast, that’s not the reason for the multi-million price. What is, is it’s rarity.  This car was offered in only 5 units, 3 of which were up for sale. Makers kept 2 for themselves.

And it’s completely understandable, because Veneno is a work of art. A masterpiece worth $4,500,000 at the time of release, and much more now. 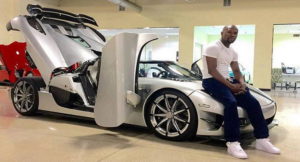 And the Swedes appear for the third time and final time on the list, at the number one spot with their CCXR Trevita model, worth almost $5 million.

Two of these miracles exist, both covered in carbon fibre, shining like diamonds. One of them belongs to Floyd Merryweather, and the other to an unnamed Italian man.

So there you have them. Some of the best cars in the world that money can buy. There are many more luxury cars that haven’t been mentioned, and more are being made right now. I can’t wait to see what do they have to show off next, and I’m eagerly waiting the reveals.