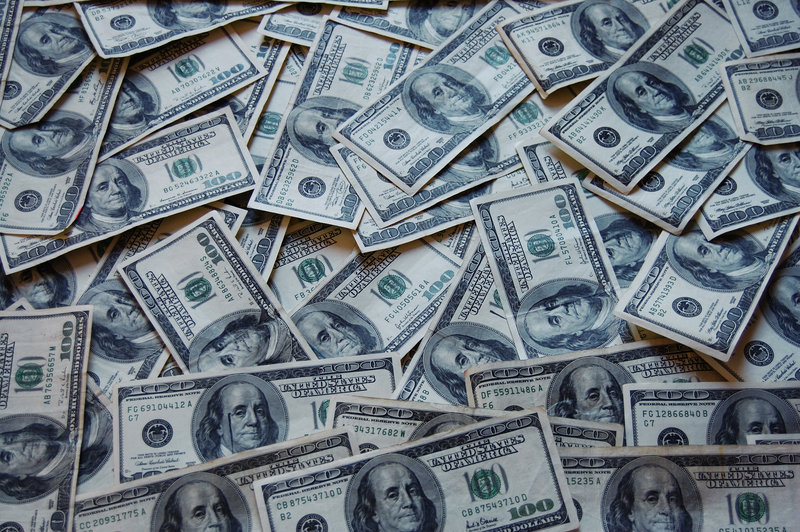 A company’s CEO, or chief executive officer, plays an instrumental role in managing their business. As the most senior corporate officer of their organization, they are responsible for making decisions that are vital to the success of their enterprise. Since they’re so important, it’s probably not surprising to hear that they’re among the highest paid individuals in their organization.  CEOs of major Fortune 500 companies are capable of taking home tens of millions of dollars per year. Who are the highest paid CEOs in the world? Read on to find out. 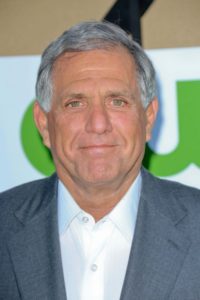 It’s no surprise that Leslie Moonves, who grew up in New York City, decided early in his life that he wanted to be a part of the entertainment industry. Moonves caught his big break in 1995, when he joined CBS as president. By 1998, he worked as both president and chief executive officer of CBS Television. During his early career, he worked smaller roles for companies like Saul Ilson Productions, Catalina Productions, and Lorimar Television. For a short period of time, he worked as president and CEO of Warner Bros. Television. Moonves has been praised for his work with CBS since his hiring, seeing as he helped pull the network from one of America’s least watched channels to one of America’s most watched channels. He did so by keeping now-iconic series like Survivor and CSI alive, and it worked in his favor. 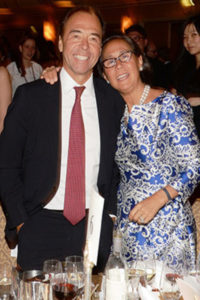 David Hamamoto is the chairman of NorthStar Realty Finance, as well as the executive chairman of NorthStar Asset Management Group. NorthStar is, in essence, a global asset manager that has been around since 2004. Hamamoto studied business at the University of Pennsylvania, and between 1983 and 1997, he worked for Goldman Sachs. During some of that time, he was partially in charge of the Real Estate Principal Investment Area. He left Goldman Sachs in 1997 to co-found NorthStar Capital Investment Corp., which would go on to create NorthStar Realty Finance. He has been chairman of this second company since 2007, and during that time, they have become one of the most well-known and successful asset management companies in the country. Hanamoto’s expertise and experience in his position has been leveraged to allow them to reach that point. 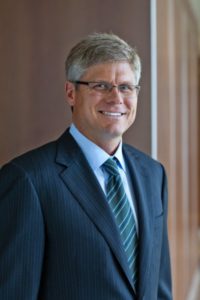 You might find that, when you start to look at the lives of all of these billionaires, a lot of people reached their position by inheriting a company or by taking over after one of their parents died. Steven Mollenkopf’s story is a little different. Mollenkopf came aboard Qualcomm, a wireless telecommunication company, as a humble engineer. He was able to climb the corporate ladder over the course of twenty years, and today he acts as the company’s chief executive officer. He has worked for Qualcomm for so long, and he has put a significant amount of work into a variety of different important projects, such as the purchase of Atheros and the company’s launch of 4G chipsets. Not only that, but Mollenkopf is deeply involved with his field outside of Qualcomm, currently serving as a member of the Board of Directors for the Semiconductor Industry Association. 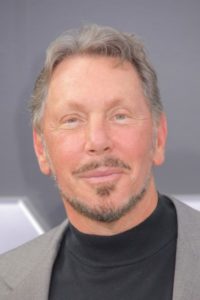 Lawrence Ellison, also known as Larry Ellison, is the co-founder and CEO of Oracle, one of the largest computer software companies on the planet. Although he may not make the most per year, he is actually one of the wealthiest people in the world, with a fortune that is estimated to exceed $55 billion. Ellison got his start in the industry working for Ampex Corporation, and during that time he amassed valuable experience that would help him found his own company, Software Development Laboratories, in 1977. This company would later be renamed Oracle Corporation. In 2010, Forbes wrote that Ellison was actually the third wealthiest person in America, with a net worth of approximately $28 billion. Although his role in maintaining Oracle has been reduced over the years, he is still taking home a large paycheck on a regular basis.

Although he’s relatively young for a CEO at 56 years old, Greg Maffei has his fingerprints all over a ton of different companies. To begin with, Maffei is the president and CEO of Liberty Media Corporation, a mass media company. You may not have ever heard of Liberty Media Corporation, but I think it’s almost guaranteed that you’ve heard of at least one of their many assets. As of this writing, Liberty Media owns significant shares in things like the Atlanta Braves (the Major League Baseball team), Sirius XM, and the Home Shopping Network. Maffei has had a lot of corporate senior leadership experience, having held illustrious positions at companies like Oracle, Expedia, Electronic Arts, ZIllow, among others. He has worked positions ranging from CFO to chairman of the board, and he has been praised for his performance in these roles. He came aboard Liberty Media in 2005, and he has stayed there ever since. 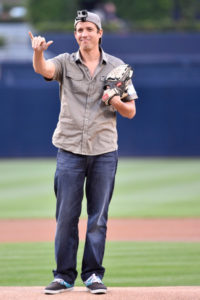 I mentioned before that Gregory Maffei is pretty young for a CEO, and that was true. Just scrolling through this article, you’ll find that the majority of chief executive officers are much older, usually well past 60. That makes complete sense — it’s only logical to want the fate of your company to lie in the hands of someone who is experienced and reliable. Nick Woodman is only 40 years old, and he is the founder and CEO of GoPro, a company that is only 14 years old. In case you’ve been living under a rock for the last five years, GoPro manufactures cameras (called GoPros) that are affixed onto the body to record extreme sports. Woodman founded the company in 2002, just five years after he graduated from University of California, San Diego. He’s living proof that attaining financial success isn’t always about years of networking and experience. Sometimes it’s just about having a good idea. 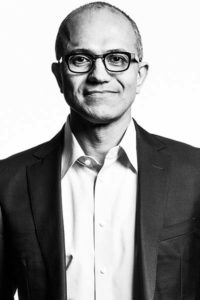 Bill Gates is often used as the benchmark of success and wealth. As co-founder of Microsoft, arguably the largest tech company in the world, he has made significant amounts of money over the course of his lifetime. However, Bill isn’t really all that involved with Microsoft anymore. He has been succeeded by many different individuals over the last several years, and Satya Nadella is the most recent. Nadella was appointed CEO of Microsoft in 2014, having had worked for the company since 1992. In his early years with the company, he helped them transition from traditional to cloud-based computing, and he did an excellent job in allowing them to transition in an efficient and profitable way. He is highly experienced in business, research and development, and technology. As CEO of Microsoft, Nadella has some pretty big expectations, and a lot to be measured up against. However, he seems more than willing to take on this challenge. 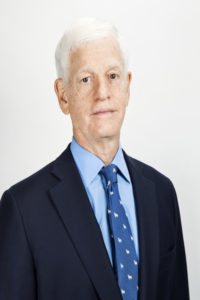 If you’re someone who watches a lot of business-related television, you may have heard of Mario Gabelli. The financial analyst is a frequent guest on different programs across networks like CNBC and CNN, and he is thought to be a thought leader in the stock investment space. Gabelli is the founder and CEO of Gabelli Asset Management Company Investors, a large financial services company based out of New York. He has been criticized over the years for having such an enormous salary despite the fact that his company’s yearly earnings aren’t quite as enormous. It’s worth noting, though, that a significant amount of his salary has gone toward different philanthropic pursuits, whether it be donating funds to business schools or establishing scholarship programs in universities. Gabelli is a highly influential individual in his field, and so it’s nice to know that he tries to set an example of prioritizing charity so highly. 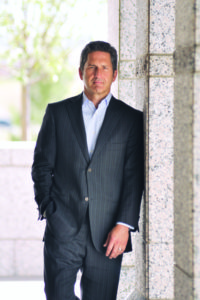 Michael Fries is the CEO of Liberty Global, an international telecommunications company. If you live in North America, you may have not ever heard of it. Liberty Global’s operations as a cable company primarily serve Europe and Puerto Rico. You see, Liberty Global owns multiple different companies such as UPC, VTR, and Telenet — all service providers that are based out of Europe. They also own Virgin Media, which is the largest cable provider in Ireland and in the United Kingdom. Although those of us in the States may not be too familiar with this man and his work, Fries is a deeply influential man in terms of internet, cable, and phone services. With his help, Liberty Global has continued to grow and grow over the course of the last few years. In November of 2015, it was announced that Liberty Global had acquired Cable & Wireless Communications, a large telecommunications company that serves Central American and Caribbean markets. There are also whispers that Liberty Global may be merging with Vodafone in the near future, which would be an astronomical move for both companies. 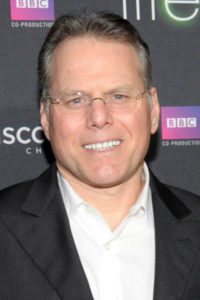 You may have noticed a pattern in this article as you were reading. There is a lot of money in television. David Zaslav is proof of that. Zaslav spent a significant amount of his career as an executive for NBC, where he oversaw distribution and negotiated deals with different cable companies. He would go on to work for Discovery Communications, an enormous company that extends well beyond its namesake network. Zaslav became CEO in 2007, and during that time the company has continued to define its brand in a more concrete and significant way. He was there when Discovery acquired OWN, which has gone on to be a highly popular channel among female African-Americans audiences. He has extended the scope of Discovery in a very sophisticated way, and under his leadership the already-successful company has continued to grow and change in some very big ways. Just recently, Discovery created Discovery Digital Networks, a division of Discovery that specialized in web-based content, employing cutting-edge web content creators like SourceFed. In the cut-throat world of television, Zaslav comes out on top.