What Happened to Tyra Banks – Recent News and Updates 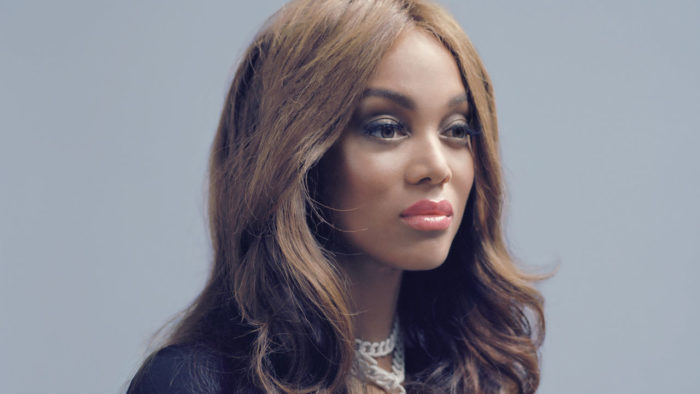 Tyra Banks was one of the biggest stars of the late 90s and early 2000s, making waves across media as an omnipresent modeling and television star. Since then, her award-winning talk show has gone off the air, and as a model in her forties, her opportunities are more limited than they were when she was in her twenties. What is Tyra Banks doing today, and what does the future have in store for her 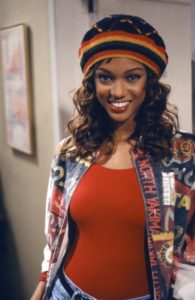 Tyra Banks got her start in both film and modeling early. She started modeling at age 15 and had signed with Elite Model Management, the premier model agency, by age 16. By the time she was 18, she’d already become a modeling hit, landing over 20 runway bookings across Europe. She applied to and was accepted at Loyola Marymount University, but never attended due to her opportunities in modeling.

By age 20, Tyra made her television debut as a minor character named Jackie Ames on “The Fresh Prince of Bel-Air,” and her performance and popularity earned her a recurring role in the series. It was also at this age when she first signed with Cover Girl cosmetics. Two years later she would make her film debut in the John Singleton flick, “Higher Learning.”

As Tyra’s fame began to grow, so did her figure. A tall, naturally curvy woman was a questionable fit for the runways of Europe, which preferred thinner models. Rather than stay in Europe and fight convention, Tyra opted to return to the States and pursue fashion modeling, feeling her body type would be better appreciated there. Her decision could not have been more correct.

Tyra’s star really started to shine by the late 90’s. She was visible everywhere, from television to movies to the runway. In 1997, she became the first African-American model to be featured on the cover of Sports Illustrated’s swimsuit issue, and she later earned the same distinction at Victoria’s Secret. From 1997 to 2005 she modeled as a Victoria’s Secret Angel while also doing work for dozens of other popular companies. She was the “it” model.

In 2005, Tyra expanded her influence even more by starting her own daytime talk show, “The Tyra Banks Show.” The show was targeted primarily at younger women and quickly became a hit. For four years, the series ran in syndication, winning two Daytime Emmy awards in the process.

In 2009, the show shortened its title to “Tyra” and moved to the new CW network. Unfortunately, this would be the show’s final season. While “Tyra” had good reviews and a dedicated audience, the daytime talk scene was very competitive, and the show’s popularity had waned. The show aired its final episode on May 28, 2010, completing its impressive five-year run.

In 2011, Banks added yet another layer to her business enterprise, this time with a book. Rather than a tell-all book on the modeling industry or an autobiography, however, Tyra Banks wrote a young adult novel called “Modelland,” loosely based on her experiences as a model. The book was a hit, eventually topping the New York Times Best Seller list.

Tyra continued to accumulate minor and supporting roles in film and television throughout the years, but by this point it was clear that she would never match the success she had as a model. Since modeling is primarily a business for the young, Tyra’s expansion away from modeling exclusively was a particularly shrewd approach on her part.

Tyra’s talk show wasn’t nearly her biggest project outside of modeling and film. In 2003, Tyra took her modeling history and name recognition into production, creating the new competitive reality TV show, “America’s Next Top Model.” The hour-long series pitted prospective models against each other each season before choosing one model as the final winner at the end.

Tyra served as creator, executive producer, judge, and host of the show, and several celebrity judges assisted her in critiquing the contestants each week. The challenge format that is popular with reality series proved just as popular here, and several spin offs of the series started airing 2005 with “Australia’s Next Top Model” and “Britain’s Next Top Model.” Over the next decade, versions spanning five continents and  over 40 countries would air.

When “America’s Next Top Model,” first launched on UPN, it was a sleeper hit. In 2006, it moved to The CW, and numbers held mostly steady. However, by the 2010s, ratings had started to fall, and by 2015, it aired it’s last episode ending its impressive 12-year run–or did it? 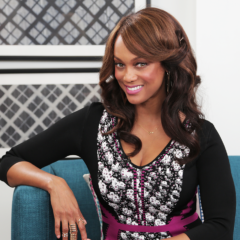 Ever since “Tyra” went off the air, Banks has been a bit less visible, but not by much. While she certainly isn’t the first supermodel to have sustained success into her forties, Tyra separates herself from the others by having expanded her brand outside of modeling.

Her eponymous “Next Top Model” series continues to run, even in spite of itself. “America’s Next Top Model” aired its would-be last episode in December of 2015, only to be renewed on VH1 in a different format and without Tyra as the host. Various international versions of the series continue to run in their native countries as well, with new cycles still yet to air.

In September of 2015, Tyra launched a new talk show called “FABLife,” but then left the show two months later. The show will not be picked up for a second season and will end in September of 2016.

Perhaps most notably, especially to Tyra herself, she became a mother in January of 2016, fulfilling one of her greatest wishes. After struggling with fertility issues, she and boyfriend Eric Asia chose to use a gestational surrogate, and they were successful. Congratulations to the new parents.

We can never truly know what the future holds for Tyra Banks, but we can be certain that she won’t be resting on her laurels. Tyra has made a massively influential career out of making big things happen, and she’s certain to do the same going forward.