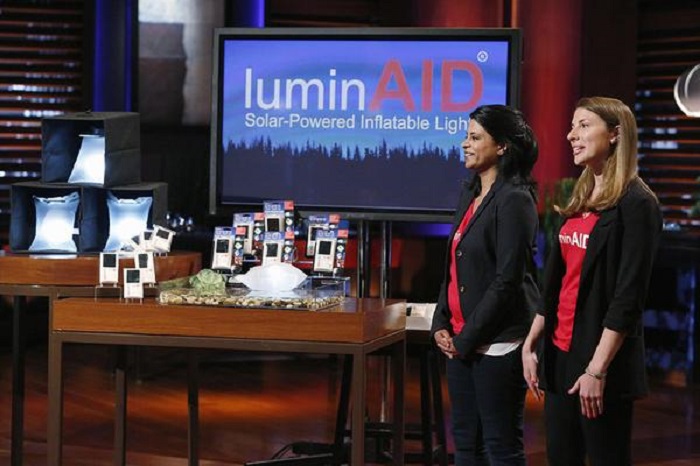 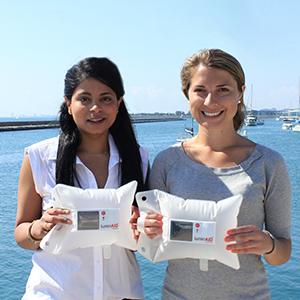 LuminAID is an innovative product that provides illumination in an emergency. Using an LED light, a solar cell and a rechargeable battery, the unique product inflates and provides lighting in times without electricity, and when not needed, it can deflate flat and be tucked away.

The creators, Andrea Sreshta and Anna Stork came up with the idea while attending Columbia Graduate School for Architecture. After seeing not only the devastation of earthquakes in Haiti, but also that people struck by the disaster were left completely without electricity, the two inventors set out to create a clever solution. With Anna’s engineering degree from Dartmouth College and Andrea’s mind for business, they began building prototypes in their kitchen. Five years later, with a full fledged business on their hands, the team was eager to find a Shark that could take their business to the next level. 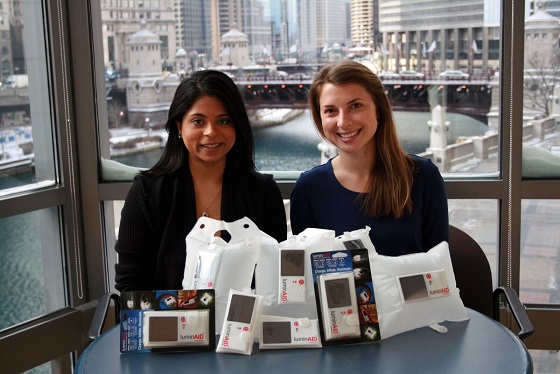 Anna and Andrea pitched their idea on Shark Tank on February 20, 2015, looking for a strategic partner that could see not only the benefit to US consumers, but also the worldwide applications of their product.

The bright light duo entered the Shark Tank seeking an investment of $200,000 for a 10% interest in their company. They began their pitch with how LuminAID is not your typical flashlight. The entrepreneurs explained that with a sleek and waterproof design, plus a bold led light producing 16 hours of illumination, LuminAID stands out from other portable lighting options. Plus, according to the inventors, what is really exciting about LuminAID is its limitless applications.

For a regular consumer, you can store LuminAID in your car as light for the unexpected flat tire or storm, and for first responders in a crisis, LuminAID’s light weight and solar charger makes it indispensable. Emergency personnel can let LuminAID charge for 7 hours in the sun, and then can assist victims, even in the evening, who are in areas without electricity or without any alternatives for lighting. Best of all, thanks to LuminAID’s flat design, relief organization can ship 50 LuminAIDs in a space that would only fit 8 flashlights.

The Sharks were quite impressed with unique lighting solution, but they had to know that the product was both protected and selling well. As for protection, the LuminAID Team, with the help of Columbia University, had already secured two utility patents for their new and helpful product. That helpfulness has already been discovered by thousands of customers, as the LuminAID duo explained that in their first year they were able to reach $250,000 in sales, and in the very next year quadrupled that number to a solid $1,000,000.

LuminAID Offers from the Sharks

Lori Griener was the first to note the products clever design, and told the entrepreneurs that it was “brilliantly designed.” As for an offer, Lori was willing to offer $200,000 for 20% of the business, which was double what the LuminAID team originally offered. Damon also saw the versatility of the product and also asked for 20% of the company, but was willing to pay $300,000 for that equity.

Before the entrepreneurs made their final decisions, Kevin O’Leary, known for his creatively structured deals, also made LuminAID an offer, but the offer asked for zero equity. Instead, O’Leary asked for a 4% royalty on the sale of LuminAIDs, a royalty that would end once he was paid back $800,000 from an initial investment of $200,000.

The entrepreneurs thanked the Sharks for their offers but explained that they were hesitant to give away so much of their equity. As for Mr. O’Leary, they decided to decline the deal because their goal when entering the Tank was to find the strategic partner, and not just an investor.

The two inventors thanked all the Sharks for their offers, and quickly talked amongst themselves to settle on the perfect Shark. Together they came to the same conclusion, their company was tech focused and they needed a Shark that was ready to bring LuminAID into the future. So, they gave a big yes to Mark at 200,000 for 15% of the company!

LuminAID Now in 2018 Update – The After Shark Tank Update 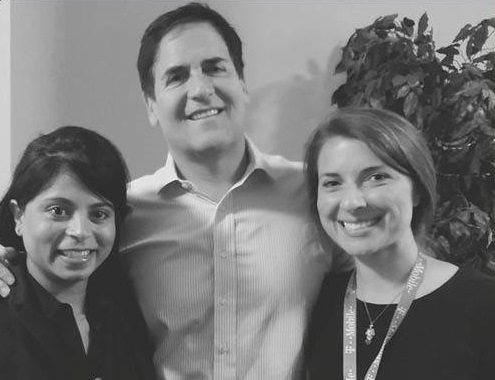 After Mark Cuban’s investment of $200,000, LuminAID sales really started to shine. With an impressive $1,000,000 in sales before entering the Tank, the company was able to double their sales, generating $2,000,000 in revenue! Mark was instrumental in growing online sales as well as getting LuminAID in stores like Zulily, Brookstone, the Container Store, and Walmart.

The LuminAID team also took Mark Cuban’s advice and focused on adding to their product line to become a more versatile company. From a single iteration of their product when they entered that Tank, their new products now include the LuminAID Renegade and the self-standing lantern, the LuminAID PackLite Spectra.

Most importantly to the LuminAID entrepreneurs, the Shark Tank investment gave them the opportunity to give light to those displaced by disaster. Their first big effort in disaster relief, after the Tank, was a humanitarian effort in Malawi. The southeastern country was devastated by the worst flood in 40 years, with the destruction causing 200,000 people to be left homeless and without electricity. LuminAID, in partnership with Shelterbox, distributed LuminAID PackLites to these families, and provided assistance where they could. In total, thanks to Shark Tank, LuminAID has been able to distribute more than 10,000 lights in emergency situations that has spanned over 50 countries. 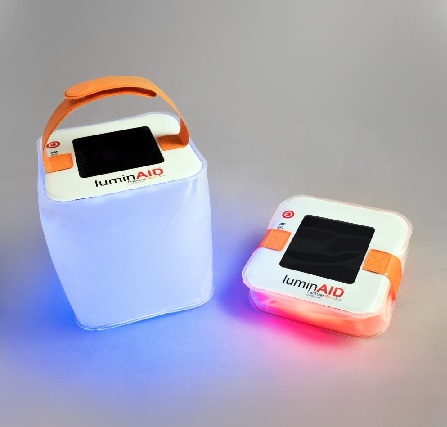 LuminAID and its entrepreneurs have also began to receive recognition for their humanitarian efforts following Shark Tank. The Chicago Innovation Award selected LuminAID for its group of the best and brightest of the year, while TOMS & Inc. Magazine selected LuminAID as its winner of the TOMS Social Entrepreneur Fund, which is a fund dedicated to investing in the next generation of entrepreneurs that use business to improve lives. Even the LuminAID inventors have been recognized, with co-founder Anna Stork winning the Outdoor 30 Under 30 award, which recognizes the most influential young innovators that are revolutionizing how we experience the outdoors.

Today, the LuminAID creators couldn’t be more grateful for their experience on Shark Tank and Mark Cuban’s investment. Their goal has always been to provide light to aid missions around the world, and thanks to Shark Tank the future looks brighter than ever.