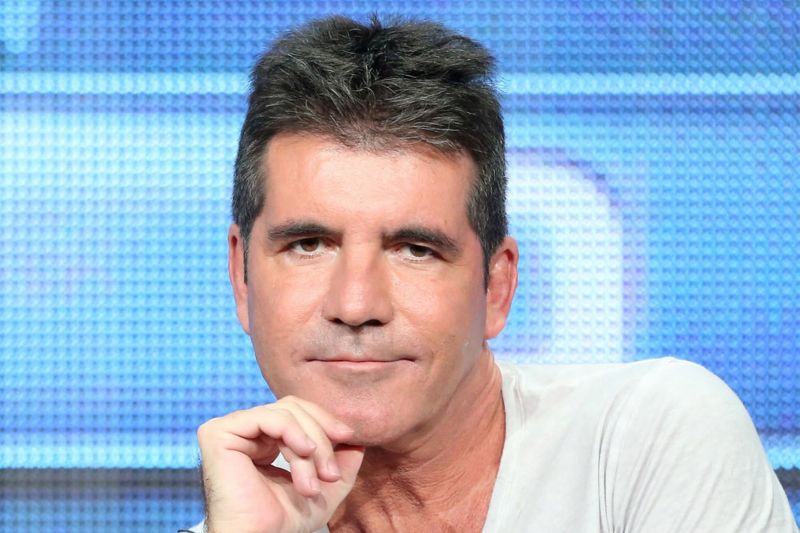 Simon Cowell is a television personality, media mogul, and record producer. He’s known for being a judge on talent shows such as American Idol, X-Factor and Britain’s Got Talent. He is known for his brutally honest, sometimes insulting criticism. Some of his iconic lines are: “Do you have a lawyer? Get one, and sue your singing coach”, “There’s as much chance of you being a rock star or a pop star, as me flying to the moon for breakfast tomorrow morning”, “Individually, you’re weak. As a group, you’re even worse. There’s absolutely zero chance of you guys ever having a successful career.” This earned him notoriety, but also a very large amount of money. So how rich is Simon Cowell?

How Did Simon Cowell make his money & wealth

Simon Cowell was born on October 7, 1959 in London. His mother was a ballet dancer and socialite, and his father was an estate agent developer and music industry executive. His father got him a mailroom job at a large label called EMI Music Publishing.

In 1980, he left EMI to form E&S Music, but the label failed. He then launched Fanfare Records, which had a few hit songs, but went under in 1989, which almost also bankrupted Simon. He went on to work a variety of jobs in the industry including being a talent scout, a consultant and even a record producer. This got him enough recognition in the music industry that when Pop Idol started, he was cast as a judge.

Pop Idol promised a BMG record deal to the winner.  It got 10,000 auditions. Cowell became known as a harsh and honest judge, who sometimes even made the contestants cry. This made the show more interesting and helped with its rise in popularity.

As any successful show, Pop Idol got an American remake. American Idol debuted in 2002, with Cowell returning as a judge, alongside singer Paula Abdul and producer Randy Jackson. The show got great ratings, beating all other prime-time programs in the United States.

In 2002, Cowell launched a new company SYCOtv, which created the television shows Got Talent and X-Factor.  In 2006 Cowell Brought Got Talent to America, and in 2011 he did the same thing with X-Factor. Both shows were huge successes.

Simon Cowell is not married, though he was engaged to make-up artist Mezhgan Hussainy from 2010 until 2011. In 2013 he started dating Lauren Silverman. Their child Eric was born on February 14, 2014.

Simon moves back and forth between the US and the UK. When he’s in the UK he lives in his West London 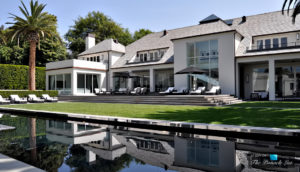 house, which is said to be worth around $10 million. It has five bedrooms, five bathrooms, and spacious living and dining rooms. His US residence is in Beverly Hills, California. The 9,335 sq. feet m

ansion was built from 2004 to 2009. Simon was involved in every aspect of the design process. It has 6 bedrooms, 6 bathrooms, a high-tech media theater, a tanning salon, a state-of-the-art gym, a luxury spa with steam rooms and massage tables, a solarium, a lap pool and an exterior pool cabana with a retractable roof. The mansion is protected by a $1 million security system.

Simon Cowell has spent over $10 million on his cars. His most memorable purchase was a Bugatti Veyron he bought in 2010 for $1.3 million. He only drove it twice until he sold it in 2014 for $800 thousand.  His collection includes the following cars: Tesla S, Jaguar E-type, Bentley Azure, Ford Bronco SUV, Po 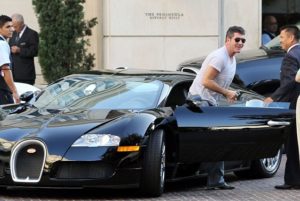