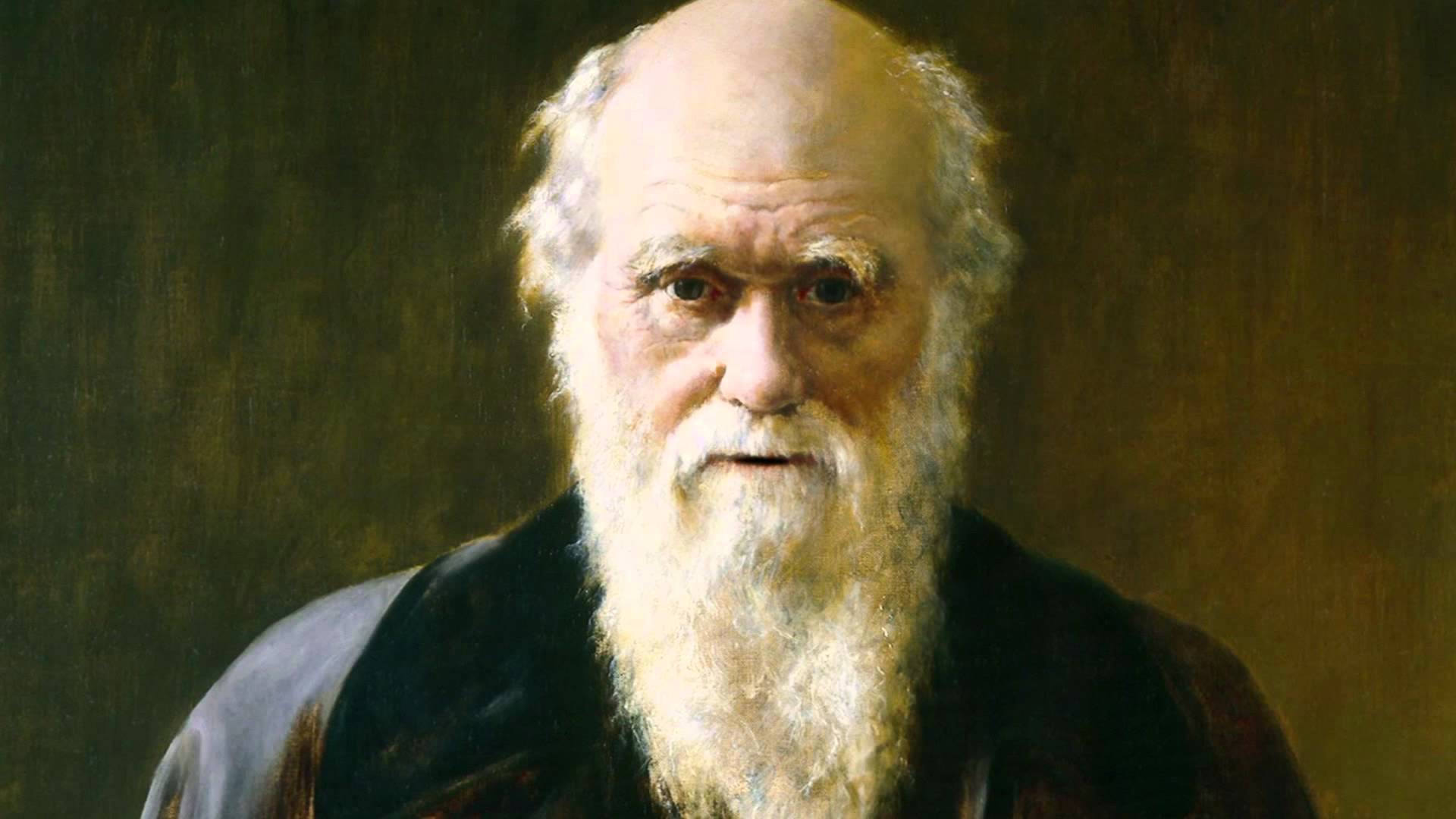 The Darwin Awards are a comedic honor given to individuals who kill or sterilize themselves in a “extraordinarily idiotic manner”, thus removing themselves from the gene pool and through that contributing to the evolution of humans.

The movement began circa 1985 and was formalized when a website was created in 1993. In 2000 a series of books was started, and has 9 books so far, most recent one being published in 2010.

There are five rules, according to the ruler, Wendy Northcutt:

Now that you know what the article is about, let’s talk about 10 winners of this award who did astounding things to get it. 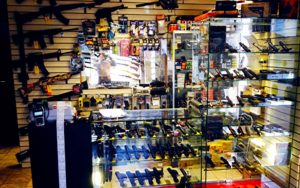 In February 1990, a man thought that it would be a great idea to rob a firearms shop. As if that isn’t mind-boggling enough, a police car was parked in front of the store. The man promptly stepped around the obviously noticeable police vehicle, entered a firearms shop full of armed people, including a policeman, and attempted to rob it.

The man panicked and fired a few warnings shots, that would be regarded as his last. Immediately after, the police officer and the gun clerk opened fire. Both of them being experienced marksmen didn’t help the amateur robber, who was shot to death.

The story was confirmed by the photo editor of South County Journal, Marcus Donner.

A Cartoon-Like Suicide In North Carolina

Few days before Christmas in 1992, a man accidentally shot himself in the head, while lying in bed. His telephone rang and abruptly woke him up. Ken Barger, 47 years old at the time, attempted to grab the phone from his night stand, but instead he grabbed a Smith & Wesson .38 Special that he also held there.

He pointed it at his ear, and pulled the trigger, thus instantly killing himself. Most certainly not a morning person.

We all know that relationships can get heated. It’s not unusual to see partners harshly discuss something or even fight a little bit. But, you rarely see a man throw off his wife off of their 8-floor apartment balcony.

And that’s exactly what a certain 25-year old man did in 1998. Luckily for his wife, she didn’t plunge to her death, but fell onto some power wires and got tangled in them. The husband saw that and leapt after her. We will never know if he tried to finish his job by doing that or maybe changed his mind, because he missed the wires and fell straight on the ground. He was dead on the spot.

His wife managed to survive by swinging onto a nearby balcony.

A man who lived in Rushinga, Zimbabwe had problems with elephants that were destroying his field by constantly walking across it. He decided to teach them a lesson using a nearby minefield. After digging up five mines that he had planned to bury in his own field and kill himself some elephants, the mines detonated themselves while he was carrying them.

You can imagine what happened to a guy who was carrying 5 landmines that all exploded. On the other hand, no elephants were harmed during all of this.

Man Killed After Trying To Fix A Moving Car 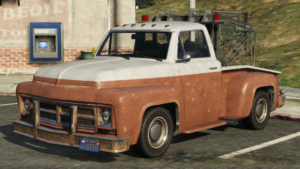 In 1995, James Burns’ truck had some problems, but he couldn’t locate the source. He decided that calling a mechanic isn’t worth it, so instead he called a friend of his and asked him if he can drive the truck on the highway.

Nothing unusual so far, right? Well, except the fact that Burns would be under the truck while it was speeding on the highway. He decided that it’s the best way to locate the source of his trucks’ problems.

Unfortunately, his clothes got tangled underneath, and his friend found him dead, killed by some mechanical parts that he got pulled into. Basically, for some time, his friend was driving a truck with a dead person underneath it. What a story to tell.

Lawyer Killed While Testing Glass Windows On The 21st Floor 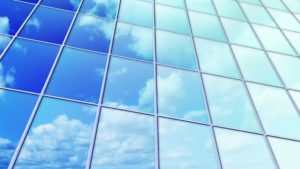 In 1996, Toronto law students visited a skyscraper where some lawyers had their offices. One of the lawyers that was showing the students around began bragging about the glass panels that served as windows.

He decided that the best way to show the strength of the glass was to dive into it, shoulders first. Apparently, he had done so in the past without any problems.

But this time around the glass broke, and he fell from the 21st floor and died upon meeting the pavement.

Prisoner Tries To Escape In A Movie Like Fashion, Unsuccessfully 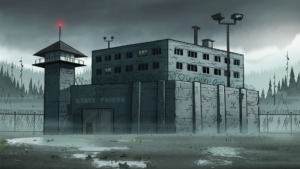 In 1997, a random prisoner decided to try and escape his captivity. ‘Jerome’ (alias) probably watched many prison break movies, because the approach he chose was straight from them. He tied his bed sheets together to form a rope that he would use to repel down towards freedom.

Jerome broke his cell window, threw his DIY rope through it, and started to climb down. And he was actually doing nicely until the rope got destroyed by the broken glass that he didn’t take clean up after breaking the window. He instantly fell to his death.

A Game Of Russians Roulette…With A Semi-Automatic Gun 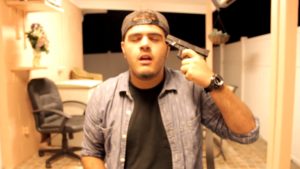 In case you’ve never heard of Russian Roulette, it’s a simple game that includes a 6 chamber revolver and a bullet. You place the bullet in a single chamber, then spin it, and test out your luck by pressing the gun against your head and pulling the trigger.

Obviously, that gives you a ⅙ chance of dying. But, if you decide to play it with a semi-automatic pistol, the chances rapidly increase – to a 100%. That’s why most people don’t do it.

I’m saying most because a Texas teenager attempted exactly that, and quickly learned that that’s not how the game works.

Terrorist Mails A Bomb To Himself 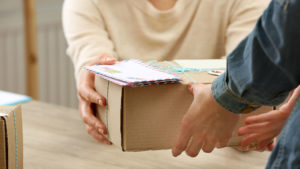 As the new century began, an Iraqi terrorist had a great idea. He would mail a bomb in a simple postal package. A bomb that would detonate as soon as the package is opened. Flawless plan so far.

He managed to make that happen, but he forgot to stamp the package so it was returned to him shortly after. Excited to get some mail, he rushed to open it, and blown himself to pieces.

We’re finishing this list with a Darwin Award winner that actually survived! He didn’t exactly gain an award, but an “honorable mention”, because rules are rules. Still I decided to include him because it’s a great story, and to wrap this up on a lighter note.

Larry Walters tied 45 balloons to his chair, expecting that he would rise to roughly 30 ft., and safely glide around his neighborhood in California. “Lawnchair Larry”, as he was later called, slightly miscalculated that elevation, because he rose up to 15,000 feet.

Luckily, he brought along a BB rifle that he used to shoot the balloons after his 45 minutes glide. He landed near LAX, where he was immediately arrested.

Walters committed suicide in 1993, without giving any reason why.