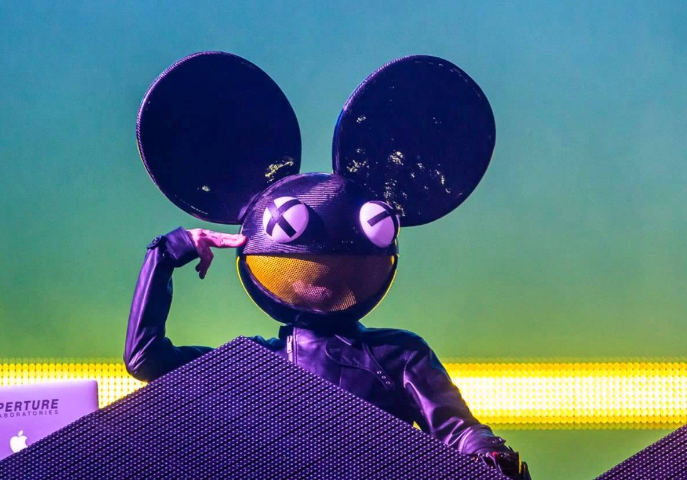 Joel Zimmerman, better known by his stage name Deadmau5, is one of the most popular and highest paid progressive music producers and DJs. He’s known for his unique music, memorable live shows, and iconic style(the mouse helmet). He has 3.6 million followers on twitter, and 9 million likes on Facebook. Throughout his career, he gained 5 Grammy Nominations, 4 DJ AWARDS, 3 International Dance Music Awards, and 3 Juno Awards.

How Did Deadmau5 Make His Money & Wealth? 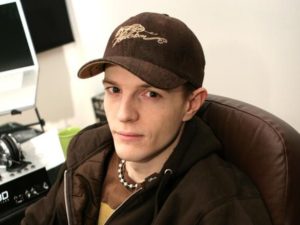 Deadmou5 was born in Niagara Falls, Canada on January 5, 1981. From a young age, he was very passionate about electronics and computers. One day when he was in his teens, his computer suddenly crashed, and a strange odor started coming from inside it. When he opened it up, he discovered that the source of the problem was a dead mouse. He then became known among his friends as “the dead mouse guy,” a nickname that he not only accepted, but actually liked. So much that he tried to change his screen name in an online chatroom do deadmouse. That chatroom happened to have an 8-character limit so he shortened it to…. you guess it: deadmou5. Later, while learning 3D modeling, he designed his logo “mou5head”

Deadmau5 started making music in the mid-90s. Before he started making money from his music, he worked as an animator and a web designer. He officially started producing music under the name deadmou5 in 2002. He released his music on his website and on social media. His songs slowly gained popularity, until Pete Tong, a famous European DJ, played his “Faxing Berlin” track on his BBC Radio 1 show. This got him a record deal from Ultra Records, and soon became increasingly prominent in the progressive music world, with his songs appearing on over 15 compilations, the most important one being Tiësto’s “In Search of Sunrise, Vol. 6: Ibiza”
His first studio album “Get Scraped” was released in 2005, followed by “Vexillology” in 2006 and “Random Album Title” in 2008. In 2009, he released the singles collection “It Sounds Like” and the mix album “For Lack of a Better Name.” In 2010 he released another studio album “4 X 4 = 12.” In 2011 he released the DVD Live @ Earl’s Court and a compilation of Remixes. In 2012 >Album Title Goes Here< was released, with appearances from producer Wolfgang Gartner, vocalists Imogen Heap, and Gerard Way of My Chemical Romance. Deadmau5’s next full-length album was “while(1<2)”, released in June 2014. Its name is referencing the programming language used to loop indefinitely. Deadmou5’s biggest hits are The Veldt, Complete 7 EP, The Strobe, Raise Your Weapon, Ghosts N’ Stuff , 777, Professional Griefers.

Deadmau5 is not married, although he was engaged to American tattoo artist Kat von D, from December 2012 until June 2013 when they broke it off. She cited deadmau5’s infidelity as the main reason for the break-up.

Deadmou5 is one of the highest paid progressive music producers in the industry. His usual pay for a show is between $200,000 and $250,000. For shows at Las Vegas venues such as MGM Grand’s WET REPUBLIC and the Hakkasan, deadmau5 was paid an impressive $425,000 per show.

Where Does Deadmau5 Live? 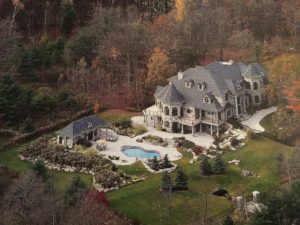 Deadmou5’s bought his Campbellville, Ontario mansion in 2014 for $5 million. The 14,000 square foot mansion has a swimming pool, 4 bedrooms, 6 bathrooms and 118 acres of land. After word got out the he bought this house, he tweeted: “right? Since the trend is buying 15 million dollar homes… find a cozy one, save 10 million, buy a P1, and still produce a tour. Win win”

What kind of car does deadmau5 drive?

Deadmou5 used to drive a Ferrari 458 that he customized with a Nyan cat paint job, and Purrari stickers over the Ferarri logos. Ferrari is pretty serious about their brand image(they even have a clause in the purchase contact that prohibits the buyers from painting their cars colors that are not approved by them). So Ferrari sent deadmau5 a cease and desists, which made him ditch Ferrari for Maclaren. He now drives a McLaren 650S and a McLaren P1. The P1 is a 903hp hybrid and cost him $1,150,000.