What Happened to Kelly Clarkson? What is She Doing Now? 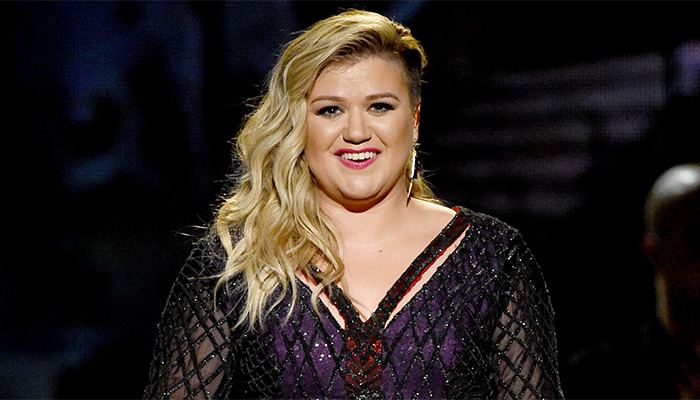 Kelly Clarkson is most well known for being the first winner of the singing competition, American Idol. Having been given the title “The Original American Idol”, the blonde has topped the Billboard Hot 100 chart with her best selling debut single, “Before Your Love”/”A Moment Like This”. Following her win on American Idol, she  later snatched the runner-up position in the World Idol competition the next year. In 2003, Clarkson’s debut album “Thankful” debuted on the number one spot on the Billboard 200. After selling 4.5 million copies across the globe, the album was later certified double platinum by the Recording Industry Association of America. Since her debut, the blonde has garnered multiple awards for her work in music, including three Grammy Awards, three MTV Video Music Awards, twelve Billboard Music Awards and various others.

Clarkson’s last studio album, titled “Piece by Piece” was released back in February of 2015; it was also the first album which she has released since 2013. While the album was met with generally positive reviews, it was given an average score of 63 by Metacritic critics. Besides being a talented singer and songwriter, Clarkson has also worked in actingーhaving starred in several television shows and films such as American Dreams and From Justin to Kelly.

However having said that, her latest acting role seemed to be back in 2007, on a sitcom titled Reba. Has she been busying herself with more musical ventures? What is Kelly Clarkson up to now? Where is she in 2017? 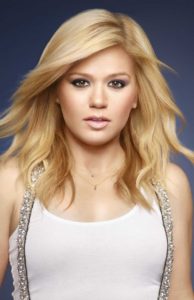 Born on April 24, 1982 in Fort Worth, Texas, Clarkson was the youngest of three children; she has a sister named Alyssa and a brother named Jason. Her parents are Jeanne Ann, an elementary school English teacher and Stephen Michael Clarkson, an engineer. Clarkson is of Greek, Welsh, English, Irish, Scottish and German descent. When the blonde was six years old her parents divorced, leading her to stay with her mother while her brother went to live with their father and her sister with an aunt. She later had two younger half-brothers from her mother’s second marriage to a man named Jimmy Taylor.

As a young girl, Clarkson went to Pauline Hughes Middle School. When she was in seventh grade, Cynthia Glenn, the school’s choir teacher overheard the blonde singing to herself in the hallway and asked her to join the school choir. When asked, Clarkson told Glenn that she had never received any professional voice lessons. During high school, Clarkson was involved in various musicals such as Seven Bridges for Seven Brothers, Annie Get Your Gun and Brigadoon. She also often sang at the school talent shows, after which audience members would praise her on her ability and talent to sing. Nearing her high school graduation, she eventually took classical musical training in hopes that it would land her a college scholarship.

Upon graduating from high school, she was offered full scholarships to The University of Texas, The University of North Texas and the Berklee College of Music however she later declined them to start a musical carerer. In order to do so, Clarkson worked various jobs to purchase recording material and to finance a demo. Unfortunately, she was ultimately turned down by most US record labels. 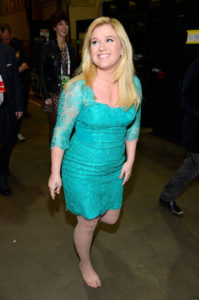 The singer first ventured into acting in 2003, with a lead role in the romantic musical, From Justin to Kelly. Starring both Clarkson and first season American Idol runner-up, Justin Guarini, the American musical focused on the relationship between Texan singing Kelly Taylor (Kelly Clarkson) and college student Justin Bell (Justin Guarini). However, the release of From Justin to Kelly was met with negative reviews and was deemed as one of the worst musicals of all timeーwith a 10% approval rating on Rotten Tomatoes. The musical later went on to winning the Golden Raspberry Award for Worst Musical of “The First 25 Years in 2005”.

Clarkson later appeared in two episodes of the television series, American Dreams in 2003-2004, playing the role of Brenda Leeーit would also be Clarkson’s last acting role on TV.

Kelly Clarkson and Her Big Break From American Idol 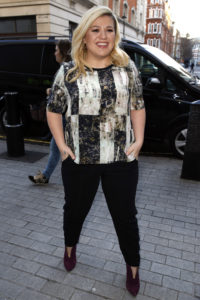 It wasn’t until 2002, when her friends encouraged her to audition for the music competition show American Idol: The Search for a Superstar that Clarkson finally got her big break. Despite having received a golden ticket to the premiere of the show, the blonde made her debut during the second episode.On September 4, 2004, Clarkson won the competition, having earned 58% of the votes against the runner-up. She is also one of the few competitors in the show’s history to have won the competition without ever once having been sent into the bottom three.

After her successful American Idol win, the singer was immediately signed onto RCA Records, 19 Recordings and S Records by talent manager and American Idol creator, Simon Fuller. A few weeks later on September 17, 2002, her debut single titled “Before You Love/A Moment Like This” was released. The single was a critical success, having climbed up from No. 60 to the number one spot, within a week on the Billboard Hot 100 Chart. Her single also broke the 38 year old record set by The Beatles for the biggest jump to the number one spot.

The singer’s first album, “Thankful” was released on April 15, 2003 and was generally well received by critics. In order to support the release of the album, Clarkson along with Clay Aiken, runner-up of the second season of American Idol, co-headlined the 2004 Independent Tour. The album debuted at the number one spot on the Billboard 200 chart and became a wide success for the blonde. The release was later certified double platinum in the US, and platinum in Canada and gold in both Australia and Japan. 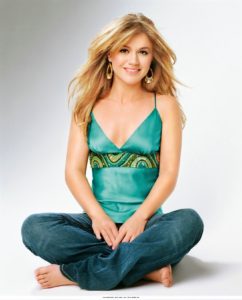 Trying to gain a new image for herself (away from American Idol) Clarkson eventually hired talent manager, Jeff Kwatinetz of The Firm. She began taking more creative control over her music, which led her second studio album, “Breakaway” to have more of a pop rock style. The album was released on November 30, 2004 and was another commercial success for the singerーin fact, it has become her most successful release to this date. After debuting on the number three spot on the Billboard 200 in 2004, the album also eventually became the third best selling of 2005 in the US. It was later certified sextuple platinum.

Clarkson released her third studio album on June 22, 2007. Titled, “My December”, the album had darker themes and featured music with a heavier rock style. Once released, the album was met with position response and debuted at number two on the Billboard 200 chart. However, a lack of album promotion eventually led to the cancellation of Clarkson’s upcoming accompanying tour, “My December Tour”.

The blonde later released a fourth album, titled “All I Ever Wanted” on March 10, 2009. Compared to her previous releases, “All I Ever Wanted” contained lighter themes and featured more mainstream oriented music. The album debuted at number one on the Billboard 200 chart and became yet another commercial success for the songwriter;it sold over 960,000 copies in the US. To support the album, Clarkson also ventured on an “All I Ever Wanted Tour”, which ran from 2009 to 2010. For “All I Ever Wanted”, Clarkson received her second Grammy Award nomination for Best Pop Vocal Album.

Two years later in 2011, Clarkson released her fifth album titled, “Stronger”; she later revealed that the album was shaped with influences from Prince, Tina Turner, Sheryl Crow and Radiohead. Like her earlier albums, “Stronger” was yet another commercial success, and debuted at number two on the Billboard 200 chart. The album was also later certified Platinum by the RIAA. For “Stronger”, Clarkson won the Grammy Award for Best Pop Vocal Album in 2013ーto date, she is the only singer to have had won the award twice. To promote “Stronger”, Clarkson held two concert tours, “The Stronger Tour” and the “Kelly Clarkson/The Fray Tour” alongside rock band The Fray.

Clarkson would later go onto release two more studio albums, titled “Wrapped in Red” in 2013, and “Piece by Piece” in 2015. Her 2013 Christmas album was critically acclaimed and became the best selling Christmas album of 2013ーClarkson was the first female artist to accomplish this feat. “Piece by Piece” marked Clarkson’s last album under the RCA and 19 lane, and was also met with fairly positive feedback. To support her seventh studio album, Clarkson made various appearances on television shows including the 2015 Billboard Music Awards, The Voice and American Idol.

What is Kelly Clarkson Doing Now in 2016? 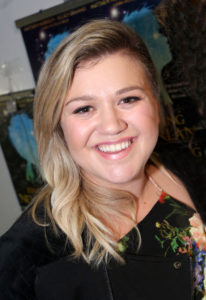 In February 2016, Clarkson announced a secret project that she has been working withーa children’s book called “River Rose and the Magical Lullaby” that is to be released later this year! Clarkson later revealed that the idea of creating a children’s book first came to her after she had made up little stories with pictures for her daughter, River Rose. The singer/children’s book author has stated that her hope is for children “to read River Rose and be inspired by it and know they can achieve anything”. Illustrated by artist Laura Hughes, the book is scheduled to be released in October 2016.

The singer also made a return to American Idol in February, as a guest-judge. For the first time in years, Clarkson returned to the American Idol stage and sung, “Piece by Piece”ーa song written about her father who left the family when she was six years old. It’s no doubt that that was an emotional performance for the blonde, who had to stop singing briefly towards the end to compose herself as tears started streaming down her face!

Having been pregnant throughout 2015, Clarkson also gave birth to her second child, a son named Remington Alexander Blackstock, on April 12, 2016. The news of the baby boy’s arrival was announced on Twitter two days later on April 14, 2016. This is Clarkson and husband, talent manager Brandon Blackstock’s second child together; as mentioned above, they also have a one year old daughter named River Rose. When asked whether or not the singer will be having a third child sometime in the future, she replied “Oh, no, we are done”.

More recently in June 2016, Clarkson announced on her Facebook page that she has signed a new long-term record deal with Atlantic Recordsーthis marks the first time that the singer has been able to choose her own label! In addition to the record signing, she has also revealed that she will be releasing a soul record sometime in 2017; according to the singer, this is something that she has been wanting to do for years.