Gordon Ramsay Net Worth in 2018 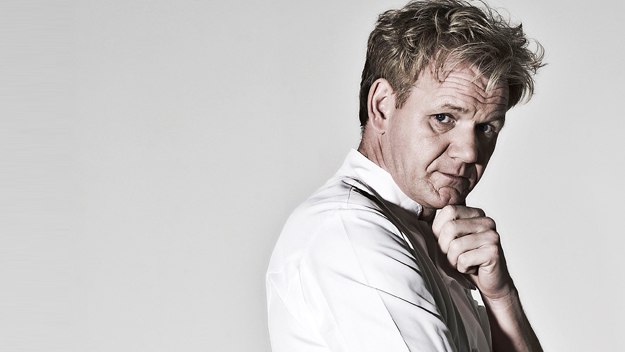 Gordon Ramsay is perhaps one of the most famous celebrity chefs in television. He is remembered not only for his exquisite skills in the culinary arts but also in his no holds barred use of foul language when his temper goes off the charts. Behind the camera Ramsay has established a worldwide empire of high-class restaurants that add a bulk to his net worth.

Despite his fiery anger, Ramsay is a kind-hearted person deep within. He has supported several charitable endeavors and has campaigned for various causes with his wife Tana.

Read on and find out more about how Gordon Ramsay became one of the most successful chefs in the culinary industry.

How did Gordon Ramsay make his money & wealth?

Gordon James Ramsay was born in the Scottish town of Johnstone, Renfrewshire in November 08, 1966. During his teenage years Ramsay played football and dreamed of pursuing a career in the sport. However multiple injuries squashed all of Ramsay’s hopes in kicking the ball again. Ramsay then followed a different path that involved obtaining a hotel management degree in college in 1987.

Ramsay eventually developed a huge interest in culinary affairs. After graduating Ramsay worked at several restaurants in London and France. He also sought apprenticeship with some of the most notable names in the kitchen like Marco Pierre White and Guy Savoy. The training he underwent with the culinary bigwigs allowed Ramsay to learn much about European cuisine. In 1993 Ramsay became the head chef of a restaurant named Aubergine. Within four years Aubergine won two Michelin stars (an awarding system given to worthy restaurants) but in 1997 Ramsay left to start his own restaurant. The following year saw the opening of Restaurant Gordon Ramsay in London and it raked in three Michelin stars.

From there on Ramsay’s investments in the culinary realm expanded with a handful of restaurants throughout the United Kingdom. Later on he set up shop in other territories like Tokyo and New York, although not all of his restaurants were successful and had to close down. As of today Ramsay currently owns or operates 22 restaurants around the globe.

Ramsay is probably more notable for his presence in television which also contribute to his already-massive income. His first appearances were in the 1998 documentary Boiling Point and its sequel Beyond Boiling Point in 2000. Viewers were given a glimpse of Ramsay’s volcanic temper and perfectionist tendencies. He helped struggling kitchens get back up in Ramsay’s Kitchen Nightmares and hotels in Hotel Hell. He trained aspiring chefs in the first season of Hell’s Kitchen, and inmates in Gordon Behind Bars. He is also currently among the judges in MasterChef. In 2008 Ramsay established his own production company called One Potato Two Potato with Optomen Television which will produce his other shows in the future.

Aside from TV, Ramsay is also an accomplished author with 21 books published. His own company named Gordon Ramsay Holdings Limited handles all of Ramsay’s endeavors. Recently developer Glu Games Inc. created the mobile game Gordon Ramsay Dash with Ramsay providing the voice of his character.

Yes. He tied the knot with author Cayetana Elizabeth “Tana” Hutcheson in 1996.

Does Gordon Ramsay have kids?

How much money does Gordon Ramsay make per episode?

It is reported that Ramsay commands a salary of $225,000 in every episode of all his shows.

Ramsay bought a $5.6 million mansion in Los Angeles. They live near the house of football player and family friend David Beckham. Ramsay also has a $5 million holiday home located in Cornwall.

Ramsay drives a $450 thousand pearl white Ferrari F12tdf. He is a known Ferrari fan and is reported to own a fleet of 15 sports cars.

In 2005 Ramsay and chef Madhur Jaffrey collaborated with charity Voluntary Service Overseas (VSO) in its event “Spice Up Your Life”. Celebrity chefs helped raise more than a hundred thousand dollars to support the charity’s work in battling AIDS and HIV in India.

Ramsay supports the Scottish Spina Bifida Association and was named its Honorary Patron in 2004. He helps raise funds for the charity through annual celebrity dinners and through sponsorship in some of his marathon runs. He also launched appeals from 2005 to 2006 that helped raised money to aid in the construction of the charity’s offices and support centers.

In 2014 Ramsay and Tana launched the Gordon and Tana Ramsay Foundation. Through this foundation they support the Great Ormond Street Hospital (GOSH) through donations for medical equipment, accommodations, and other necessities.

In 2015 the couple helmed a campaign in support of the hospital called Bake It Better. Bakers were encouraged to participate and all proceeds were donated to GOSH.

The couple started a triathlon team named GTR100 in 2015. 100 slots were available to participants with a fee of $1,500. The club (including Ramsay and Tana) participated in the Ironman 70.3 Straffordshire last June 2016. Proceeds raised by the club were in support of the hospital.

During the Christmas season of 2015 Ramsay appeared in a sketch of the charity initiative Text Santa. In the short he “auditioned” for the role of the new Downtown Abbey Santa Claus and his performance was of course riddled with foul yet censored language. Text Santa raised funds through merchandise and donations, and all proceeds supported charities in the United Kingdom in the yuletide season.

Since 2006 Ramsay is part of charity event Soccer Aid. He is one of the celebrity players in the Rest of the World squad. He missed this year’s event due to an injury. Sales and donations from the event went to UNICEF UK.

In 1995 Ramsay was given the Newcomer of the Year award during the Catey Awards. Five years later he was awarded with the Chef of the Year, and in 2010 the Independent Restaurateur of the Year. The Catey Awards is like the Oscars for the hospitality industry.

Ramsay is the first ever Scottish chef to gain three Michelin stars. It was in 2001 with his Restaurant Gordon Ramsay.

In 2006, for his efforts in the hospitality industry, Ramsay was appointed by Queen Elizabeth II as an Officer of the Order of the British Empire.

Why is Gordon Ramsay always angry?

People who worked in a kitchen are well-aware of the pressure in that kind of workplace. The clock is always ticking and you cannot sacrifice the quality of food for the sake of hurrying up. Then there’s the lingering heat in the air despite a fully-powered air conditioner. Add up the factor of a chef repeatedly making mistakes and you got yourself an enraged Ramsay.

Aside from frustration Ramsay goes ballistic because he wants his chefs to do their best. After all it’s his reputation we’re talking about here. Whoever wins in the competition will be carrying Ramsay’s name, and only the best deserves to do so.

In 2013 Ramsay admitted that his rage in Hell’s Kitchen was just an act so the contestants will perform their best. He stated that he personally talks to eliminated contestants to give them advice and encouragement. Fans attest that his personality in the shows The F Word and Gordon Ramsay Christmas Cookalong is very accurate to his real life demeanor.