What Happened to Matthew Lawrence? News and Updates 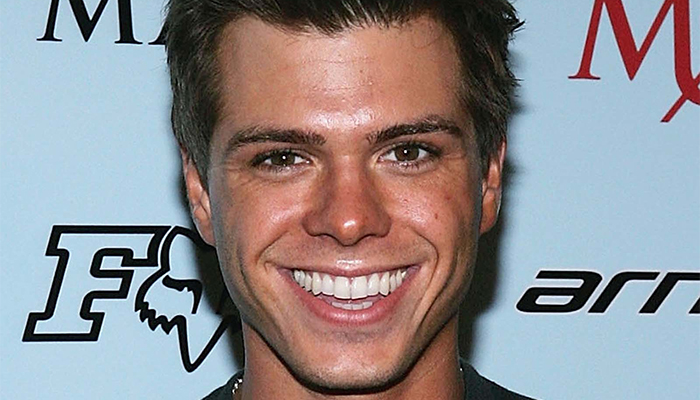 Matthew Lawrence is best known for his role of Jack Hunter in the American sitcom, Boy Meets World. The actor made his first appearance on the small screen at the age of four, when he was cast as a minor recurring character on the ABC soap opera, Dynastyーa series which later won the Golden Globe Award in 1984 for “Best TV Drama Series”. The following year, Lawrence landed a slightly more major recurring role in the NBC sitcom, Sara in which he played the role of Jesse Webber. First broadcasted in January 1985, the series revolved around a Legal Aid Office in the city of San Francisco; it was also one of the first American television shows to have featured a regular homosexual character in its main cast.

Shortly after his time on Sara, the then-five year old Lawrence appeared briefly as a guest star in the ABC series, ABC Afterschool Specialーa TV show targeted for children and young adolescents. The following year in 1986, the young actor was cast as a series’ regular for the first time in the American sitcom, Gimme a Break! Set in a fictional suburb called Glenlawn, the show followed the lives of a housekeeper named Nellie Harper and a police chief named Carl Kanisky, whose wife had just recently passed away. In it, the young actor played the role of Matthew Donovan, the son of Nellie and Carl’s to-be foster son; he appeared in a total of 18 episodes.

Throughout the 80’s and early 90’s, Lawrence continued to star in a number of television films and series including David (1988), Wilfrid’s Special Christmas (1989), Lifestories: Families in Crisis (1990), and The Summer MY Father Grew Up (1991). When the actor was 11 years old, he once again landed a main role in TV show called Drexell’s Classーa series about an elementary school teacher, who was in fact a well-known corporate raider. In the sitcom, Lawrence portrayed the role of a student named Walker. Drexell’s Class lasted for one season and eventually ended in 1992.

After over ten years of working as a young actor, Lawrence eventually landed his breakthrough role when he was cast as Jack Hunter in the coming of age sitcom, Boy Meets World in 1997. Featuring fellow actors Ben Savage, William Daniels, Will Friedle, Betsy Randle, amongst others in its cast, the show revolved around the life of a boy named Cory (portrayed by Ben Savage). As Jack, Lawrence was the paternal half brother of Cory’s best friend, Shawn. Boy Meets World was a huge hit amongst young viewers during its time on air and have since spawned a sequel which premiered in 2014.

But what has the actor been doing these last few years? What happened to Matthew Lawrence of Boy Meets World fame? What has he been up to recently? 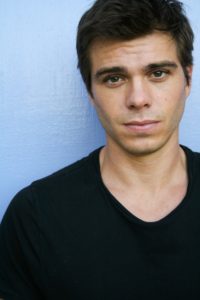 Born on February 11, 1980 in Abington Township, Pennsylvania, Matthew William Lawrence is the son of Joseph Lawrence Sr., a worker for an insurance company and Donna Lynn, who worked as a personal manager. The actor is of Italian and British descent. He is the second oldest out of three brothers; he has an older brother named Joseph Lawrence and a younger brother named Andrew Lawrenceーboth of which also work in the acting industry.

During the early 80’s when Lawrence was three years old, he often travelled to different cities such as New York City and Los Angeles with her mother and older brother Joseph; it was during his time there, that he soon developed a passion for the performing arts. As a young boy, Lawrence attended dancing as well as singing lessons, he also auditioned for many commercials under the encouragement of his mother. The aspiring actor later landed his first couple of commercial gigs at the age of fourーit would also be his first (albeit, very early) steps into the entertainment world. He attended Abington Friends School during his grade school years.

After years of traveling to and from his hometown of Abington to Los Angeles, the family later relocated there during his early teen years in attempts to eliminate the commute. Lawrence attended a local high school in LA and eventually went to the University of Southern California after graduation where he specialized biologyーhe also continued his works as an actor during his studies. 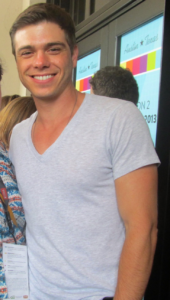 Soon after having appeared in the nation-wide commercials, Lawrence starred in his very first television series in 1984 when he was cast as Danny Carrington Jr., in the ABC soap opera, Dynasty. The next year, he landed a slightly more major recurring role in the NBC sitcom, Sara, where he portrayed the role of a character named Jesse Webber. Two years following his TV debut in 1985, Lawrence was cast as a series regular for the first time in the NBC sitcom, Gimme a Break!. Having first premiered on television in October 1981, the show centred around the relationship between characters Nellie Harper, a housekeeper and Carl Kanisky, a police chief; Nellie ultimately became the housekeeper for Carl’s family after the death of her best friend, Margaretーwho was Carl’s wife. In Gimme a Break!, the then-six year old Lawrence played the role of Matthew Donovanーthe son of Carl and Marget’s to-be foster son.

Since the end of the show in May 1987, Lawrence continued to star in a number of TV films during the late 80’s and early 90s including the ABC made-for-television movie, David (1988) and the film, Daddy (1989)ーa movie based on a novel of the same name. In 1991, the young actor was cast in a couple of main roles in the series Drexell’s Class and Walter & Emily, where he played the characters of Walker and Zach Collins respectively.  A few years afterwards in 1994, he landed a leading role in the American Superhero series, Superhuman Samurai Syber-Squad where he played the role of the main protagonist, Sam Collins (aka Servo). Similar to the Japanese original Denkou Choujin Gridman, the western adaptation followed the life of a teen named Sam Collins as he secretly transported himself (along with his friends) into the computer in order to fight against virus villains.

Soon after the finale of Superhuman Samurai Syber-Squad in 1995, Lawrence was cast yet again as another series regular in the NBC sitcom, Brotherly Love. Implied by its title, the series revolved around the relationship between three brothers, Joseph, Andrew and Matthewーwho were appropriately played by Lawrence and his two brothers Joseph and Andrew Lawrence. First broadcast on the NBC Network in September 1995, Brotherly Love eventually continued for two seasons and spanned for a total of 40 episodes; the finale aired on May 1997.

The next year, the young actor received his first major voice-over role in Hayao Miyazaki’s fantasy film, Kiki’s Delivery Service. The award winning movie told the story of a girl named Kikiーa young witch who uses her broom to fly to a different town in order to earn a living. In the Studio Ghibli film, Lawrence provided the voice of a character named Tombo, a somewhat nerdy boy with a fascination with aviation who takes interest in Kiki’s ability to fly.

Matthew Lawrence and his Breakthrough on Boy Meets World 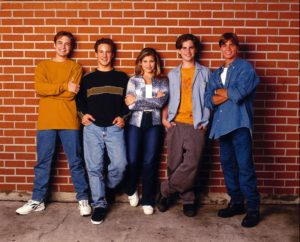 After having worked in the entertainment industry for over 15 years, the actor finally achieved wide recognition when he was cast in the popular sitcom series, Boy Meets World in 1997. First broadcasted in September 1993, the series chronicled the life of main character Cory Matthews as he matured from a middle school student to a grown adult, alongside his friends and family. In it, Lawrence plays the main role of Jack Hunter, the half-brother of Cory’s best friend, Shawn Hunter. Some of the other starring actors in Boy Meets World includes William Daniels, Betsy Randle, Will Friedle and Ben Savageーwho played the role of Cory. A huge hit amongst young adolescents upon its release, the series continued for a stunning seven yearsーfor a total of 158 episodes over seven seasons.

Throughout its, run the sitcom has also garnered a number of awards and nominations including four Young Artist Awards throughout the 90’s and a Kid’s Choice Award in 2000. To this day, Boy Meets World remains to be one of Lawrence’s best known works. The successful series has since spawned a sequel entitled Girl Meets World, which premiered on the Disney Network in 2014; in it, the actor also reprised his role as Jack in one episode as a special guest character.

What is Matt Lawrence Doing Now in 2018? 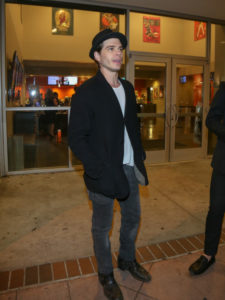 While the actor hasn’t been on the small screen as much as before, he has still taken part in various projects these past couple of yearsーthe most obvious, being his recent appearance in the Boy Meets World sequel, Girl Meets World. In it, Lawrence reprised his role as Shawn’s half-brother, Jack Hunter in the thirteenth episode of the spinoff’s second season.

In 2015, the actor also appeared in an independent film directed by Mike Perrone titled, Evol: The Theory of Love as a character named Ben Dawson. Starring Aynsley Bubbico, J. Dixon Byrne, John Calderon, Lenny Depaul and Conor Donovan, the movie told the story about a young adolescent boy who is forced to relocate to New York City against his will, in order to receive psychiatric care; later that summer, he learns about both the reality and brutality of life and love. Having premiered in select theatres earlier this year, the film has won three awards at the Hoboken International Film Festivalーone being a Best Supporting Actor for Lawrence’s portrayal of Ben, and a award at the North Hollywood Cinefest.

In terms of current works, Lawrence has been busy filming for another small independent film titled, Kurtーwhich is in fact, directed and produced by the same individuals who made Evol: The Theory of Love. In the movie, the actor will be starring as the lead protagonistーa man named Kurt Willows. According to a short and brief synopsis posted onto the film’s IMdB page, the story will revolve around the rise and fall of a model’s career, through the lens of a dwindling photographer. While no set release date has been announced as of yet, it is presumed that the film will be released sometime in 2017.