Tail Lightz Shark Tank Update – How are they Doing Now in 2018? 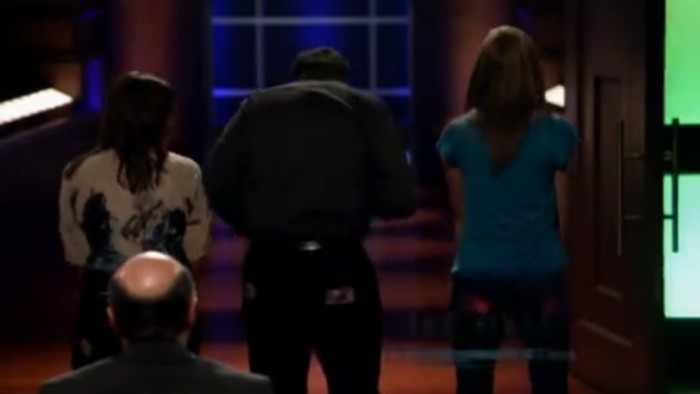 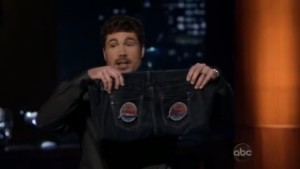 Kyle Rainey states that he has been an entrepreneur since he was a nineteen years old college student. According to Kyle Rainey, his specialty has always been marketing, which is why he used his skills to invent numerous products. One of his first successful inventions is called The Recycle Cycle, which is a recycle bin cart that is adjustable, making it easier to bring your thrash to the curb. After he graduated from college, he got into the retail package and shipping business, starting his very own chain called Postal Express.

The reason how Kyle Rainey came up with the idea for Tail Lightz is because his daughter came up to him and asked him for sneakers that had LED lights in them. She stated that she find them very cool, and would really like to have her sneakers light up whenever she walks. Instead of purchasing the LED sneakers, Kyle Rainey decided to use his own skills to come up with a product that also lights up, but is not wearable on feet. Kyle Rainey really needs an investment from the Sharks, in order to give his startup company a much-needed boost.

Kyle Rainey states that there are currently no products like Tail Lightz on the market, but soon, his product will be catching on as a hot new trend of fashion. According to Kyle Rainey, people of all ages will use Tail Lightz to bring attention to their greatest “assets”.

“The lights in the studio goes off”

“Kyle Rainey and the two female models turn around and start shaking their backsides, their pants have Tail Lightz attached to them”

“Several of the Sharks start laughing out loud”

“Robert Herjavec states that he will give Kyle Rainey fifty thousand dollars, just to turn the other way and stop shaking his backside”

Kyle Rainey continues by stating that once his product hits the market, no one will want to be seen without their Tail Lightz on. He states that Tail Lightz are patches that can be attached to the back of your pockets, which light up when it is dark. Anyone can easily attach and detach Tail Lightz to back pockets of jeans and shorts. You can even attach Tail Lightz to your hat, backpack or purse, due to the fact that they are magnetic. The strong magnets will hold the Tail Lightz in place, no matter where you attach it on.

Kyle Rainey claims that they can tailor their designs towards all age groups; designs such as the smiley face and sports themes will appeal towards young kids, while funny words like Sassy Britches and Rock Star will appeal towards females of all ages. Kyle Rainey states that when it comes to the designs of Tail Lightz, the possibilities are endless.

Kyle Rainey claims that his products are currently in its design phase, with working prototypes; however, by partnering up with one of the Sharks, Kyle Rainey states that he will be able to design slimmer, retail-ready packaging, so that Tail Lightz will soon be lighting up in every retail store across the United States of America.

The female model answers the question by saying that the words read Sassy Britches.

The female model hesitates to answer, but she basically says that she wouldn’t go out on a date wearing Sassy Britches Tail Lightz on her backside.

Mark Cuban states that this is the problem with Tail Lightz, because Kyle Rainey thinks that Tail Lights is going to catch on and catch on fire, but Mark Cuban just doesn’t see it.

Kyle Rainey states that the Sharks should keep in mind that the current prototype designs are a little bit provoking, and that he understands that now. Kyle Rainey continues by stating that he needs funding, in order to get to the next level of designs.

Kyle Rainey answers the question by saying that he hasn’t seen any other magnetic patches that can be thrown on anything, like jeans, backpacks and hats.

Kevin O’Leary states that there is nothing proprietary about Tail Lightz, and basically nothing can stop him from taking Kyle Rainey’s idea, knocking it off and start his own business.

Kyle Rainey states that he has two patents currently pending.

“Mark Cuban asks Kyle Rainey what the two patents are for”

Kyle Rainey answers the question by saying that the patents are for the detachable lighter design and the other patent is for the fashion line that he created. Kyle Rainey states that his fashion line is called Twinkle Cheeks.

Kyle Rainey answers the question by saying that he is a Mr. Mom, an artist and an inventor.

Kyle Rainey answers the question by saying that his wife has supported his family financially for thirteen years now, she is wonderful and the most amazing woman in the world.

Kyle Rainey answers the question by saying that she has always supported him, and that she is also funding Tail Lightz. Kyle Rainey continues by stating that he is in a point of his life where he really needs to succeed, so that his wife doesn’t have to work so hard.

Daymond John states that he has already seen ten different brands that are selling the same kind of products as Tail Lightz. Those brands are either already on the market or are already making sales, and for that reason, Daymond John is out as well. 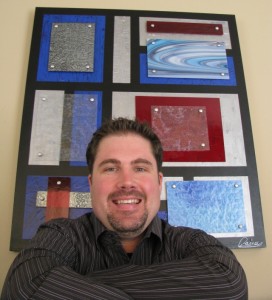 Kyle Rainey appeared on Shark Tank, hoping to get an investment from one of the Sharks for his invention called the Tail Lightz, which are magnetic stickers that you can attach to the back of your pants, in order to get noticed more. At first, it was not really clear who the target consumers were for the Tail Lightz, especially because Kyle Rainey brought two grown female models with him, to show off their backsides with Tail Lightz on them. However, the designs of the Tail Lightz were pretty childish, something young children might wear.

Unfortunately, Kyle Rainey was not able to secure an investment from the Sharks, because of the fact that none of them really believed that Kyle Rainey knew what he was doing. They wanted Kyle Rainey to focus on a small group of target consumers, and design his Tail Lightz according to that. There is no mention of Tail Lightz being the best or worst on Shark Tank.

If you look up Tail Lightz on Google, you will find that the website and company name still exists, but the product names have been changed to Blinkerz. You can visit the Tail Lightz website at http://www.taillightz.com; however, you will immediately notice that the website has a very old and outdated design. This tells me that not much is happening behind Tail Lightz anymore, and makes me wonder if the company is even operating.

If the company is still operating, you should be able to order your custom Blinkerz patches and learn more about the patches by sending an email to them. A few examples that the website gives, is that you can use Blinkerz at High School and College football night events, kids can wear Blinkerz when they are playing outside, joggers can wear Blinkerz when they are running at night. All of these examples are for when you want to be more visible, and avoid getting hit by a car for example. I think the idea behind Blinkerz is pretty nice.

I was unable to find any reviews on Tail Lightz or Blinkerz, which really reinforces my thought on the fact that the company might not be operating at all anymore. It is always sad to see companies failing, especially after appearing on Shark Tank. Kyle Rainey now offers consultation to startup companies that need his help.