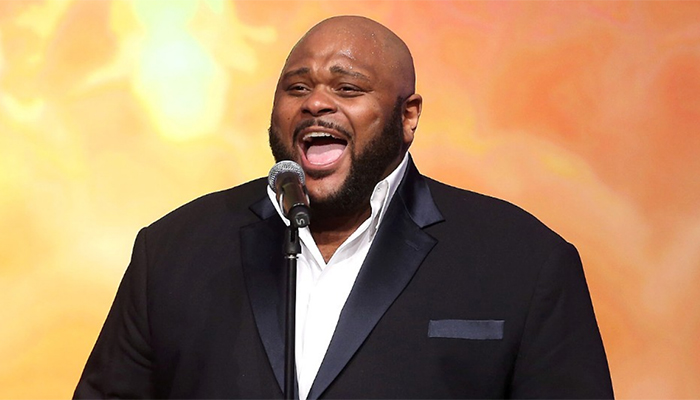 Ruben Studden rose to fame when he won the second season of American Idol. As a singer, Studden performs American R&B, pop, and gospel music. While on the show in 2003, he had performed a rendition of Leon Russel and Bonnie Bramlett’s “Superstar”, for which he later received a Grammy Award Nomination (Best Male R&B Vocal Performance) for. Since being crowned winner on the competition back in 2003, he has gone on to release multiple albumsーmost of which have been successful. Studden released his debut album after winning the competition on December 3, 2003; titled “Soulful”. Having been a commercial hit, the album sold over 417,000 units during the first week of release and had debuted on the number one on the Billboard 200 Chart; it was later certified platinum.

While Studden is most well known for his music career, the American talent has also ventured into acting, including television and stage work. In 2008, he starred in the 30th anniversary revival tour of Ain’t Misbehavin’ as Fats Waller; the production later spawned a Grammy Award for Best Musical Theater Album.

However looking back at the star’s discography, it would seem that he hasn’t released any records for two yearsーhis last album, “Unconditional Love” was released back in 2014! Did Studden decide to take a back seat after a bout of success in the music industry? Or maybe he has decided to do more television work? What happened to Ruben Studdard? Where is he now in 2018?

Born to American parents in Frankfurt, Germany on September 12, 1978, Ruben Studdard was the youngest child of two teachers. Growing up in Birmingham, Alabama, Studdard showed an interest in music even at an early age. When he was three years old, he sang for the first time in his hometown at the Rising Star Baptist Church. He would later continue to sing, both solos in the local choir and gospel at the church every week. As a young teen, Studden attended Huffman High School and was a part of the school’s football team. After graduating, he went to Alabama A&M University on a football scholarship and later joined the Omicron Delta chapter of Phi Mu Alpha Sinfoniaーthe men’s music fraternity of America.

Studden was always interested in pursuing a career in the music industry, even before his appearance on American Idol; especially after listening to gospel music and his parent’s Donny Hathaway’s albums growing up. He eventually found himself joining “Just a Few Cats”ーa local Birmingham Jazz and R&B Band along with other singers in the area. 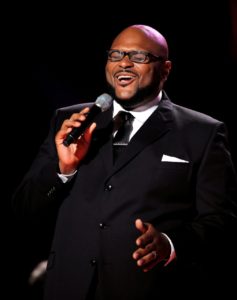 In 2003, a back up singer from “Just a Few Cats” had asked Studdard to join him in her trip to Nashville, Tennessee for the 2003 American Idol auditions. However once there, Studdard made the decision to audition as well, he performed Stevie Wonder’s song “Ribbon in the Sky” which garnered overly positive reaction from the judges. Dubbed as the “Velvet Teddy Bear” while on the show, he continued to impress both the judges and the audience with his subsequent performances of “Superstar” and the classic duet, “A Whole New World” during the competition. For his singing performances, he had received praise from big music names including Lionel Richie and Glady’s Knight.

After receiving over 24 million votes from the American Idol audience, Studdard eventually took home the title of being the winner of the second season of the competition in May 2003. Soon after his win, the reality star took off on a 39 city tour with his fellow American Idol competitors; the tour lasted two months from July 8 in St. Paul Minnesota to August 31 in Anaheim, California. Studden would later release his first studio album titled “Soulful” on December 9, 2003; anticipation for the album was so high that advance orders had peaked at the 1 million mark!

Upon it’s release, “Soulful” was a commercial success having debuted at the number one spot on the Billboard 200 Chart in December 2003. The album sold over 400,000 copies during the first week of release, marking the second highest first week sales of any American Idol winner at the time. Later that month, Studdard received a Grammy Award nomination for Best Male R&B Vocal Performance for “Superstar”. 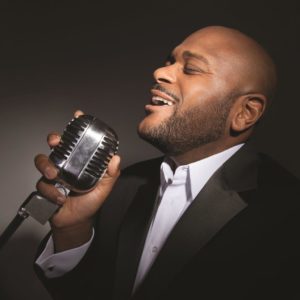 After the success of his first studio album, Studdard went on to release a second (gospel) album titled “I Need an Angel” the following year in November 2004. Similar to the success of his previous release, “I Need an Angel” was largely a success having sold over 96,000 copies in the first week. The album later debuted on the Gospel Charts at the number one spot; it also ranked number one on the 2005 Billboard Year End Gospel Albums Chart that year. Since then, the album has sold over 500,000 copies around the world.

In October 2006, Studdard returned to the world of music by releasing a third album appropriately titled “The Return”. Unlike his previous albums, “The Return” featured collaborations with other music artists and producers including Ne-Yo. During the first week of it’s release, it sold over 71,000 copies and debuted at the number eight spot on the Billboard 200 Album Chart. However, “The Return” was ultimately not as successful as his prior works; sales appeared to have declined rapidly after the first week with the sale numbers never getting close to those of his other albums. Due to the unfortunate number of sales of “The Return”, Studdard was eventually dropped from his record label, J Records in December 2007. 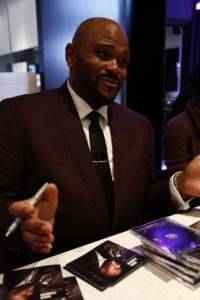 Not letting the lack of success from his previous album get to him, Studdard once again released an album in May 2009 titled “Love Is” under Hickory Records. The album featured original songs but also included a few covers including Michael Jackson’s “I Can’t Help It”; it was met with generally positive reception upon its release. It sold over 15,000 copies during the first week and debuted on the number 36 spot on the Billboard 200 chart.

In 2011, Studdard signed with the recording company Shananachie Entertainment and later released his first album for the label titled “Letters From Birmingham”. The album has sold over 22,000 copies since its release on March 13, 2012 and has landed on the top 20 in the Billboard Charts.

The singer would release his latest (and sixth) studio album on February 4, 2014. Titled “Unconditional Love”, the album was the first release under his new recording label, Verve Records. Unlike his previous works, “Unconditional Love” featured numerous collaborative works with other artists including Lalah Hathaway, Eric Benet and Stevie Wonder; it also included the covers of popular music as well. The album debuted at number seven on the Billboard R&B Albums Chart and number 46 on the Billboard 200 Chart.

Since becoming a successful singer, Studdard has also ventured into the world of acting. He has made various short appearances on television shows including 8 Simple Rules, Life on a Stick, All of Us and Eve. The star has also starred as a cameo in the movie Scooby Doo2: Monsters Unleashed back in 2004. 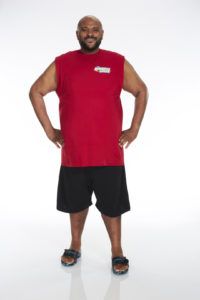 Concerned for the risk of diabetes and hypertension, Studdard began a strict diet and fitness program during the early 2000s. It was later said that the singer lost over 70 pounds while being on a vegetarian diet. In 2014, the singer joined the NBC weight loss competition show The Biggest Loser at 6’3 and 462 pounds. Despite having the highest starting BMI of the entire group, it was revealed that he had later lost over 115 pounds by the end of the show. Unfortunately, Studdard was eliminated from the show in November; however despite his loss, Studdard was seen to be grateful for the opportunity, stating that his ability to perform on the stage has improved since being on the show.

In terms of relationships, Studdard married Surata Zuri McCants, whom he had met at a CD signing in Walmart, on June 28, 2008. However, it was announced a few years later in 2011 that the couple was in the middle of getting a divorce; it was finalized in April 2012.

Stemming from his love for music, Studdard founded The Ruben Studdard Foundation for the Advancement of Children in the Music Arts, 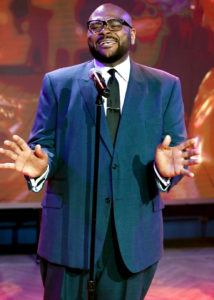 Studdard has a long history with American Idol; since winning the show back in 2003, he has remade multiple reappearances on the competition show as a guest (often times performing). However after a 14 year run, the competition series American Idol was finally coming to an end in April 2016. To honour the show and to say goodbye, Studdard once again made a final appearance up onto its stage during the show’s three night finale (alongside other past winners) in April 2016.

In a recent interview with Entertainment Weekly after the show’s end, the star was seen looking back and reminiscing about American Idol’s second season. When asked whether or not he was nervous meeting the show’s panel of judges back during his audition days, Studdard admitted that he was the most nervous to see Paula Abdulーwhom he had remembered to be a huge pop star back when he was growing up. The singer also shared stories about his past fellow contestants, notably Clay Aikenーthe runner-up with whom Studdard had been battling against back during the finale of the second season. Thinking back to it, who knew he would come out a winner after having just gone to the show’s auditions to support a friend?

Throughout 2016, Studdard has also been making numerous appearances and performances in the public outside of American Idol. For instance, the singer performed at the Albany’s Independence Day Celebration in early June of this year and at the Music in the Park 2016 event during the fourth of July weekend. Studdard is also scheduled to be making an appearance at the Grace International Jerk Food and Music Festival later this summer in August.