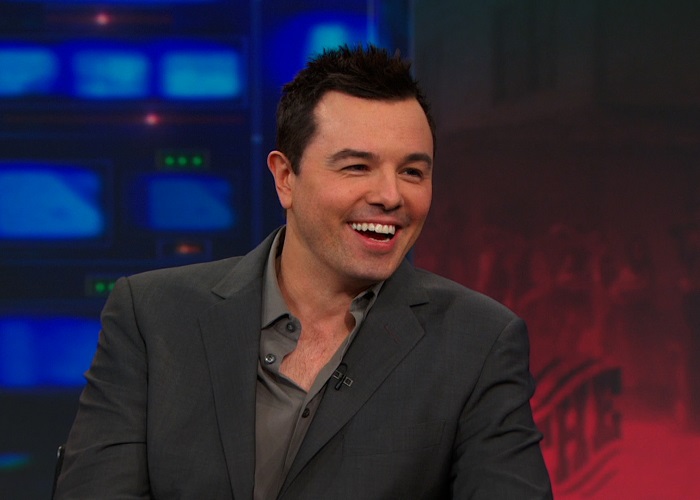 Seth Macfarlane has quite a few strings to his bow, the actor, composer, animator, producer, comedian, screenwriter and director is best known for being the creator of the phenomenally successful Family Guy and American Dad cartoon series, but apart from that diverse range of talents, and a huge personal fortune that he has built up, the clean-cut 43 year old looks to be aged no more than 30 and has dated a string of beautiful women. Just how lucky can one silky-smooth voiced man be? And how much does Seth earn each day in 2018? Read on to find out.

How did Seth MacFarlane Make his Money and Wealth?

Seth Woodbury MacFarlane was born on October 26th, 1973 in Kent, Connecticut. At only two years old Seth was already drawing a reasonably good representation of cartoon favorites such as Fred Flintstone and Woody Woodpecker. By five Seth was creating his own Flip-books and by nine years old, the youngsters talents were so impressive that he landed a job at the local newspaper, The Kent Good Times Dispatch, where he published a comic strip weekly called ‘Walter Crouton’. That early job paid Seth a modest five dollars a week, but the young man already knew that animation was what he wanted to pursue as a career.

He studied animation at the Rhode Island school of Design, and after graduating the young animator was hired by the Cartoon Network Studios, then known as Hanna-Barbera Productions, to work as a writer and animator on Johnny Bravo, which ran for six series from 1997 to 2004, and Cow and Chicken that had a four series run from 1995 to 1999.

Seth was commissioned by Fox executives in 1999 to create a new series of animated shorts, to be used as a filler in the long-running sketch show MADtv, unfortunately the deal eventually fell through, and the series, named ‘The Life of Larry’ was never aired, but the next opportunity that came along proved to be considerably more successful. Seth was approached by Fox later that year and asked to create a plot for a new cartoon series. Seth was paid $50,000 for the task, but that was small change compared to the riches that his new creation would eventually make. The new series was called ‘Family Guy’, and it launched the multi-talented animator into the A-list of Hollywood celebrity.

Family Guy was a traditional cartoon in many ways, but the incredible success of The Simpsons throughout the 1990’s had changed the traditional viewing demographic for animation. No longer were cartoons purely aimed at children, Matt Groening had attracted parents with his subtle adult themes interspersed with the slapstick antics of Homer and Bart. The Simpsons had opened the doors for other cartoons to become prime-time entertainment for all the family, but Seth was never tempted to stick to such a mainstream path, instead Family Guy was aimed at adults, it was The Simpsons with teeth, and it wasn’t long before the controversy began.

The Parents Television Council (PTC), a conservative non-profit watchdog group, has frequently criticized Family Guy for its distasteful subject matter, anti-Christian attitudes and irreverent humor about sensitive subjects. A Barbershop quartet sketch entitled ‘You’ve got AIDS’ drew complaints from AIDS charities and triggered a letter-writing campaign by the PTC aimed at taking the show off of television. Fox did originally cease the show after the first series in 2001, but massive sales from the DVD of the debut series, combined with a growing cult following that demanded more Family Guy, caused them to reconsider the decision, and the show returned in 2005.

The very elements of Family Guy that caused so much controversy were the main attraction for the shows ever growing audience. Family Guy, and MacFarlane himself, have been accused of a huge list of potential offences by various critics, including anti-Semitism, anti-Catholicism, and insensitivity towards trans-gender people, as well as victims of rape and domestic violence. But despite the no-holds-barred humor of the show, the real-life philanthropic nature of MacFarlane points to a far more caring individual.

In 2005 Seth produced ‘American Dad’, a cartoon series centered around a zealously patriotic, and paranoid, CIA agent named Stan Smith, and his long-suffering family. MacFarlane gave plenty of freedom to co-writer Mike Barker when it came to plot lines and the result was a show that differed from Family Guy in many ways. American Day relied less on farcical and fantastic storylines, instead offering unusual relationships between the quirky Smith family, their Alien lodger, Roger, who lived secretly in the attic, and a talking goldfish named Claude. Although not as successful as Family Guy, American Dad is a firm favorite amongst its fans, who are often appreciative of both of MacFarlane’s efforts equally.

In 2009, a spin-off show to Family Guy was produced, ‘The Cleveland Show’, that featured Family Guy regular Cleveland Brown, the smooth toned pal of Family Guy’s main character Peter Griffin. The show didn’t meet with the same critical acclaim as Family Guy and American Dad, but gained a cult following during its four series long run. which ended in 2013 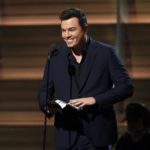 In 2012 Seth wrote, produced and directed the feature film ‘Ted’, starring good friend Mark Wahlberg, and featuring Seth’s voice acting talents as the titular Teddy bear. The movie was a big success at the box office, grossing over $500 million on its way to becoming the most successful R-Rated comedy of all time.

The incredible success of Family Guy earns Seth at least $2 million per year in salary from Fox, as well as a $50,000 per episode bonus payment. MacFarlane has retained full DVD sales and merchandising rights for his creations, and the Worldwide success of Family Guy, as well as American Dad, have been the main factors that have grown his personal wealth to a staggering $200 million. The Family Guy franchise alone has been valued at a staggering $1 billion.

Seth has been linked to a string of glamorous partners including Game of Thrones star Emilia Clarke, and actresses Alexis Knapp and Amanda Bynes, but as of 2018 he remains single and one of Hollywood’s most eligible bachelors.

How much does Seth MacFarlane make per Family Guy Episode?

Seth makes at least $50,000 per episode of Family Guy, and in addition he receives at least $2 million a year as a direct salary from the Fox network. In 2009 he signed a deal with Fox for them to run Family guy for the next ten years, that agreement alone benefited Seth to the tune of at least $100 million. 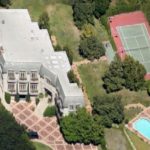 In 2008 Seth paid $13.5 million for a 5,000 square-foot mansion nestled in the hills above Beverly Hills, California. The Three-bedroom home comes complete with five bathrooms, tennis courts and has its own grounds covering an acre of land. The Family Guy founder installed his own personal IMAX theater in the property in 2013, at a cost of over a million dollars. He also owns a town-house in Brooklyn, New York and his own three-storey office building in Beverley Hills that cost him $11 million in 2014.

As life has been so phenomenally successful for Seth, it’s unlikely that he would ever feel the need to travel back in time to change the past, but if he ever did desire a literal trip down memory lane then he’s lucky enough to own a perfect replica of the iconic DeLorean from ‘Back to the Future’, of which he is a huge fan.

Seth has not shied away from lending that smooth silky voice to many humanist causes. He is a passionate and vocal supporter of gay rights and LGBT issues, and funded the creation of The Seth MacFarlane Collection of Carl Sagan and Ann Druyan Archive, located in the Library of Congress. Seth has spoken about his admiration of Sagan’s work and theories throughout the years.

Seth has so many talents, any one of which could have made him a star by itself, that its hard to guess what the smoothest animator the World has ever known will do in the future. Seth is an accomplished baritone, with a rich flamboyant style reminiscent of the great crooners of the past, the comparisons to the Legendary Frank Sinatra cannot be avoided. Seth has performed as a vocalist in London with the John Wilson Orchestra and is an accomplished pianist, he quotes his musical influences as Dean Martin, Vic Damone and Bing Crosby, as well as Ol’ Blue Eyes himself.