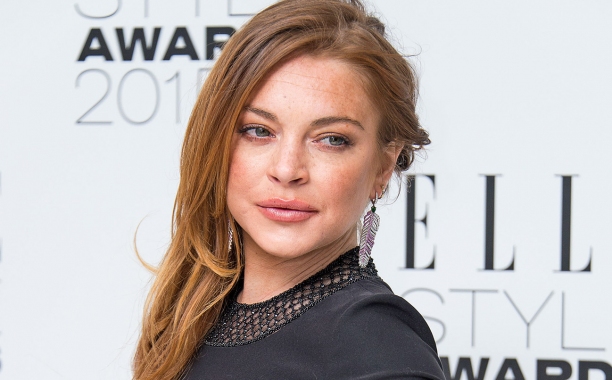 Lindsay Lohan is a celebrity well-known for her breakout role in The Parent Trap followed by a career in acting and music that is plagued by multiple trips to rehab and other personal issues. Despite her problems, Lohan has managed to make a name for herself through her critically-acclaimed performances and in her philanthropic endeavors.

Read on and find out more about Lindsay Lohan’s rise to fame and how she made her income.

How did Lindsay Lohan make her money & wealth

Born on July 02, 1986, Lindsay Dee Lohan grew up in New York and had an early exposure at three years of age. The young Lohan spent most of her childhood appearing in commercials for various brands such as The Gap, and Pizza Hut. Lohan also worked as a child model for clothing brands like Abercrombie Kids and Calvin Klein Kids. In 1992 she appeared in Late Night with David Letterman as a trick-or-treater whose costume is made out of garbage.

Lohan’s career took off to greater heights thanks to her debut in the 1996 soap Another World. Two years later she had her film debut in the 1998 romcom The Parent Trap, taking on the dual role of the lead twin girls. Lohan’s work in that film earned her a Best Leading Young Actress award during the 20th Youth in Film Awards, along with critical praise and a few other award nominations. Later on Lohan starred in a string of Disney films including Get a Clue and Freaky Friday (another award-winning performance) due to a contract she secured with Walt Disney Pictures.  Her talent in acting even received praise in the critically panned Confessions of a Teenage Drama Queen.

Her first film not under Disney was the 2004 comedy Mean Girls. Lohan earned numerous awards for her performance in the commercially successful film.  Lohan’s promising streak in acting was ground to a halt in the 2006 romcom Just My Luck where she earned a Worst Actress Razzie nomination. As the years passed by Lohan’s performances varied from being favorable to being terrible, and her struggles with alcoholism led to DUI charges and repeated stints at rehab.

Outside of film Lohan has other ventures that contribute to her income. In 2004 she released her debut album titled Speak which contained successful singles such as “Over” and “Rumors”, although the album itself barely received praise. The next year she released her second album A Little More Personal (Raw) which fared a little bit better than its predecessor. Lohan announced in June 2016 that she was currently working on a third and possibly final studio album.

In 2008 Lohan founded a clothing line called 6126 (based on Marilyn Monroe’s birthday June 01, 1926), initially starting with leggings which later expanded to a complete wardrobe. She utilized her experiences in modeling to help promote the clothing line. She also modeled for other clothing brands like Fornarina, Miu Miu, and Jill Stewart. In 2009 Lohan collaborated with cosmetic chain Sephora in releasing her own brand of self-tanners named Sevin Nyne. In the same year she was hired as an artistic adviser for the couture house Ungaro. Unfortunately her venture in that realm of fashion turned out to be terrible which resulted in Lohan’s departure in 2010. Four years later developer Space Inch, LLC released the mobile game Lindsay Lohan’s The Price of Fame.

Lohan’s dipping net worth has been attributed to her irresponsible spending behaviors. She also lost a very lucrative endorsement deal with clothing brand Odaingerous due to her conviction to rehab in 2013. Her multiple trips to rehab contribute to the decline of her income as rehabilitation facilities are usually expensive, especially with stays that last around 90 days. Her personal struggles and behavior also cost her roles like in Inferno and Ugly Betty, with the latter due to her attitude issues and frequent clashes with lead star America Ferrera.

No. She was engaged to Russian businessman Egor Tarabasov. Recently Lohan announced that she broke up with Tarabasov after repeated incidents of physical altercations. One incident involved Lohan screaming for help claiming that Tarabasov was strangling her. Neighbors heard her screams and immediately called the police who then forced their way into Lohan’s house, only to find it empty. Their recent trip to Mykonos turned quite violent and pictures of the couple’s argument surfaced on the internet.

There are no reports regarding Lohan’s earnings last year considering that she only had one project, a short titled Till Human Voices Wake Us.

Lohan currently lives in an apartment in Knightsbridge, London. It was where the video of her arguing with Tarabasov was taken.

Lohan owns a black Porsche Panamera which was the same vehicle that got her arrested for hit-and-run in 2012.

In 2004 Lohan was among the contributors in the eBay auction that supported the Pushing the Envelope to Support Literacy program helmed by mailing company Pitney Bowes. Earnings derived from the program were donated to four organizations that promote literacy.

Lohan teamed up with food company Heinz in 2005 to come up with a special ketchup bottle containing the star’s signature. The item was then included in the Bid 2 Beat AIDS auction that supports AIDS and HIV programs around the globe. Lohan also auctioned off her autographed CD cover of her single “Rumors” and a Mean Girls DVD.

In 2008 Lohan joined the Hear the World campaign along with other celebrities like Amy Winehouse and Annie Lennox. The campaign raised awareness regarding hearing loss and was helmed by Phonak, a hearing device manufacturing company. During the same year she was part of the Visa Swap event held by the charity Textile Recycling for Aid and International Development (TRAID). In that said event Lohan encouraged people in the United Kingdom to swap old clothes in exchange for Visa card points.

With her 6126 clothing line Lohan hosted a fashion showcase in 2008 whose proceeds were directed towards the Cedars-Sinai Medical Center to help with their Women’s Cancer Research Institute.

Lohan flew to India in 2009 and filmed a documentary titled Lindsay Lohan in India. The documentary focused on sex trafficking and Lohan personally interviewed those who were victims of the heinous crime.

In the aftermath of the 2010 earthquake in Haiti, Lohan donated the earnings of the 6126 Fame leggings collection to the organization Save the Children which benefited the survivors of the tragedy. She also raised funds through a fundraising event which consisted of a BRIT Awards live stream, buffet dinner, and charity auction. Proceeds were donated to the British Red Cross Haiti Earthquake Appeal.

The following year Lohan donated $50,000 to The Baby and I Foundation. The organization seeks to help expectant mothers aged 14-24 who are facing financial troubles.

In 2015 Lohan influenced the auto insurance company Esurance to donate $10,000 to the charity Community Service Volunteers.

In 2004 Lohan hosted the annual MTV Movie Awards at 17 years of age, making her the youngest host in the history of the show.

Lohan has currently bagged 25 awards and 73 nominations throughout her career. A majority of her nominations stemmed from the Radio Disney Awards from 2003 to 2006.