What Happened to Nick Fradiani – Now in 2018 Update 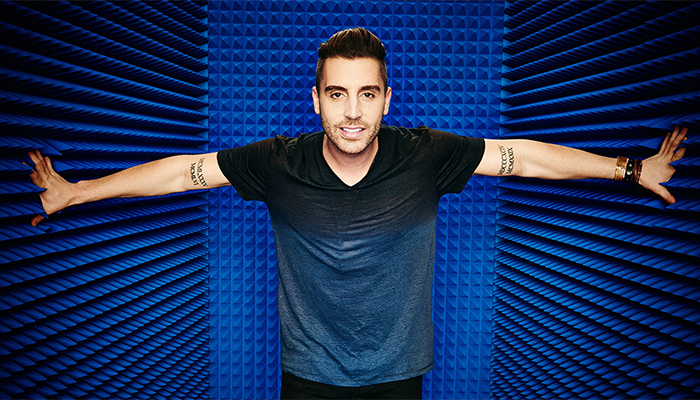 Nicholas “Nick” Fradiani is an American singer best known for being the winner of the fourteenth season of the singing competition series, American Idol. Prior to his win, he was also the lead singer of a rock band called, “Beach Avenue”ーthe group rose to fame when they won the Battle of the Bands at Mohegan Sun in 2011. The band had also competed in the ninth season of America’s Got Talent but was ultimately voted off during “Judgement Week”. Hailing from Connecticut, Fradiani was the first Idol winner to have originated from the Northeast region of the United States; he had won the competition after defeating fellow contestant Clark Beckham in the finale.

The singer released his coronation song, “Beautiful Life” on May 12, 2015 under Big Machine Records, whom he had signed a recording contract with after his win. Fradiani first performed the song in the final two performance round that same day. The song was a great hit, having sold over 50,000 copies during the first week of release; it was later used as the official anthem for the FIFA 2015 Women’s World Cup.

Since his win on American Idol, Fradiani has gone onto perform at various venues including on the Live with Kelly & Michael talk show and on Good Day LA; the singer has also participated in radio talk shows. On May 25, 2015, he also had the honour of singing the national anthem at PBS’s National Memorial Day Concert which was held in Washington, DC.

But what is the singer up now? His time on American Idol was only a year agoーwhat has he been busying himself with since? What happened to Nick Fradiani? Where is he now in 2018? 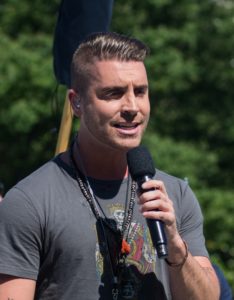 Born on November 15, 1985 in Guildford, Connecticut, Nick Fradiani is the son of Nick Fradiani III and Elizabeth Fradiani. He has a youngest sister named Kristen and is of Irish and Italian descent. As a young child, Fradiani was often exposed to music as his father was a musician who made a living performing in restaurants, clubs and on cruises. He received his first instrument at the age of 2ーa drum set, which his father had given to him as a present. Fradiani first took up singing at the age of 3, when he sang Bruce Springsteen’s “Pink Cadillac” alongside his father on a cruise ship; it was then that his father knew he had a thing for music. Fradiani later learned how to play both the piano and the guitar with encouragement from his father.

As a teen, Fradiani attended Guilford High School in his hometown of Guilford and later graduated in 2004. After graduating, he enrolled in Wheaton College in Norton, Massachusetts where he studied history. While working towards his bachelor’s degree, the singer sang in a band and worked as a computer software salesman to make ends meet during the day. Following his college graduation, Fradiani would perform and do music gigs at local bars while working intermittently as a substitute teacher at local schools. 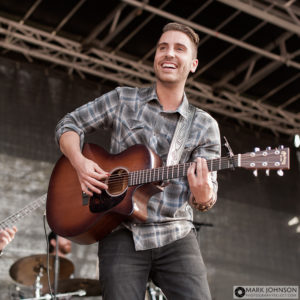 Acting as the lead singer for the band, “Beach Avenue”, the group rose to fame after winning the Battle of the Bands at Mohegan Sun in 2011. Besides Fradiani, the band consisted of 4 members: Nick Abraham on lead guitar, Nick Fradiani III (his father) on keyboards, Jonah Ferringno on bass and Ryan Zipp on drums. The five member band later released an EP titled “Something to Believe In” in June 12 and “Driving That Rode” in July 2013. Two subsequent singles were released by the group titled “Feel The Beat” and “Coming Your Way” in 2014.

After claiming the championship title at the previous competition, the band tried their luck on ninth season of the American reality talent show, America’s Got Talent in 2014. For their audition, the group performed their original “Coming Your Way”; the song was well received and had sold over 6000 copies after the audition went on air in July 2014. The band swiftly advanced to the next round of the competition after receiving four “yes” from the show’s judging panel. The group would continue to perform until the “Judgement Week” on July 22 and July 23, where they would ultimately be eliminated from the competition. Their original single would remain a hit for the next couple of weeks; it remained on the Top 200 Charts for a period of two weeks and by then, had sold over 10,000 units.

Nick Fradiani and His Time on American Idol 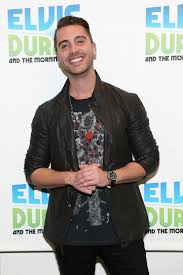 Following the band’s time on America’s Got Talent, the group was put on hiatus as Fradiani had decided to participate in American Idol as a solo singer. In the summer of 2014, Fradiani attended the American Idol auditions in New York City with his then girlfriend, Ariana Gavrilis. His auditioning performance of Peter Gabriel’s “In Your Guys” was met with praise by the judges; it also earned the singer a golden ticket to the Hollywood stage of the competition. Fradiani eventually found himself successfully buzzing through the next rounds of the show; before he knew it, the singer had already been voted to be in the Top 3 of the finalistsーhe would be the third American’s Got Talent alumni to have been a finalist on American Idol.

During the Top 2 round of the finales, Fradiani went head to head against fellow contestant, Clark Beckham in a sing-off and was eventually announced as the winner on May 13, 2015ーhe was the first contestant from Northeastern US to win at the time. Following his triumphant victory, the singer released his coronation song “Beautiful Life” later that same day. Fradiani first sang the song the day before on May 12, 2015; his performance had garnered praise from all the judges, including in-house mentor, Scott Borchetta who felt that it was then, that the singer had cemented his victory.

“Beautiful Life” was a largely a hit, having debuted on the number 22 spot on the Billboard Hot Digitals Song Chart and Number 38 on the Billboard Adult Top 40 Chart. During the first week of its release, it had sold over 50,000 copies.

The song later became the official theme song for the 2015 FIFA Women’s World Cup soccer tournament. Fittingly, a music video was then released by FOX Sports, which featured footage of the national US women’s soccer team. The official music video was first uploaded onto Fradiani’s Youtube channel on July 23, 2015; it has since been viewed over 500,000 times online. 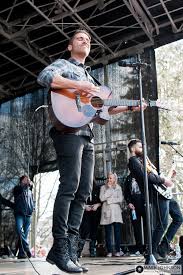 After being announced as the champion of the competition, Fradiani made various appearances and performances throughout the country including participating in a number of sponsored radio concerts. A few weeks later, the singer participated in the annual American Idols LIVE! Tour. Featuring the top 5 finalists of the season, the tour continued through across the United States, kicking off in Clearwater, Florida on July 7, 2015 and ending in Riverside, California on August 28, 2015. The American Idols LIVE! Tour 2015 would also be the last of its name, as the American Idol tour for 2016 was later cancelled.

The singer of American Idol fame later returned to his band, “Beach Avenue” ーand his bandmates, including his father, Nick Fradiani III, couldn’t be more proud of him. Together, they performed once again in their home city of Connecticutーit also marked the first time that Fradiani had sang with his band after his departure for the competition earlier in 2014. The band performed acoustic renditions of the winner’s single “Beautiful Life” and garnered the attention and praise of the many fans in the area.

Winning American Idol had truly changed the star’s life; in an interview conducted after his time on the show, Fradiani had stated that he had been quite busy in the months following American Idol with both interviews and performances coming at him left and right but has also expressed that “it has been an amazing experience”. His band, “Beach Avenue” has also gotten much more public attention and concert opportunities after Fradiani’s return from the competition. 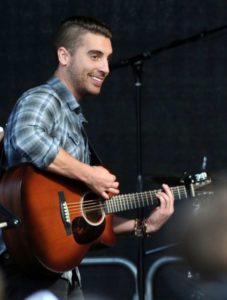 Fradiani made a recent return to the last season of American Idol back in February of this year, to mentor and to sing. To add to that, a short clip of his upcoming single, “Get You Home” was also briefly aired during his time on the show as part of his mentoring package.

The singer later held a Facebook chat in which he had the opportunity to interact personally with his fans. It was then, that Fradiani announced the release date of his upcoming single at the time, “Get You Home”. The accompanying music video has also been recently released in May.

With the release of his 2016 single out of the way, Fradiani has been focusing his time and efforts on his upcoming studio album, “Hurricane”. In an interview with Boston’s Mix 104.1, the singer had announced that the album will be hitting the stores this summer on August 5, 2016. It has also been said that the album has been named after a track which was cowritten by American songwriter, Jason Mraz and his bandmate, Nick Abraham.

Throughout the last couple of months, the singer has released multiple snippets of various songs from his upcoming album. Together with his band, Beach Avenue, they have also performed an acoustic version of “Hurricane” at the B93 Big Summer Show which was held on June 10, 2016 in Modesto, California.

If you’d like to stay updated with Fradiani, you can do so by dropping by either his official website or Facebook Page. If you’re more of a social media type of person (who isn’t?) then you’ll be able to find the star on Twitter (@nickfradiani) and Instagram (@NickFradiani). Who knows? He might just tease us with more snippets from his upcoming album!